A man reading the text “I’m bored without you” while driving, led to a breach of something called ‘The Highway Code.’ 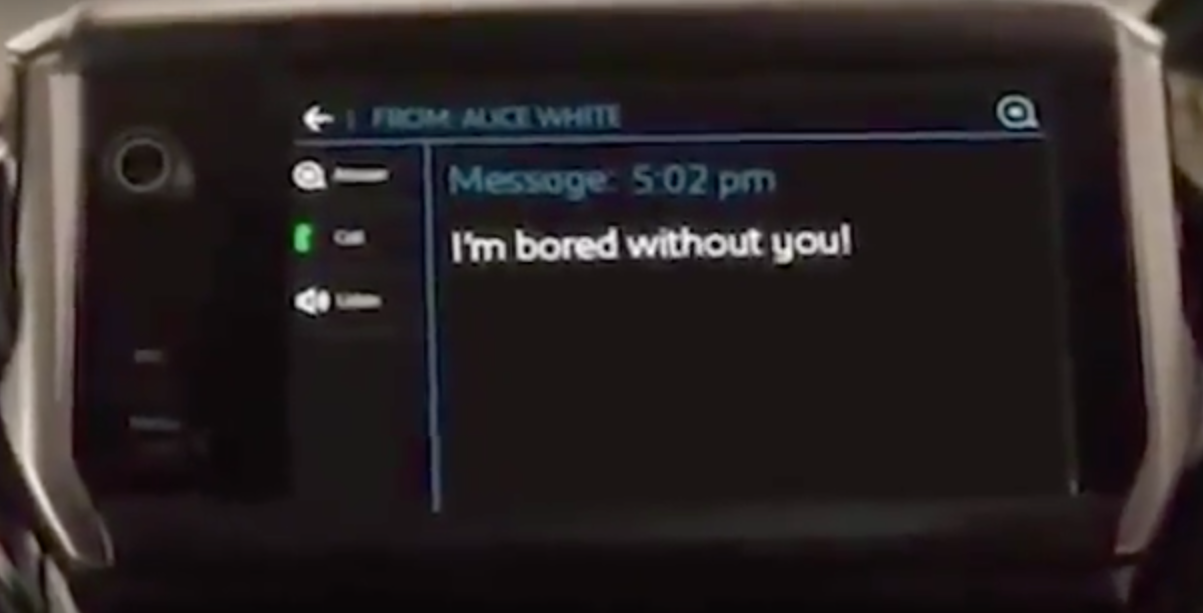 A television ad for the Peugeot 208 has been banned by the United Kingdom’s Advertising Standards Authority for showing a driver reading a text message on the car's dashboard screen.

In the ad, a man is shown driving down the road when he receives a text from a woman at a pool party named Alice with the message, “I’m bored without you.”

After reading the text, the driver lifts a hand in the air and makes a flicking motion while imagining that it pushed another man into the pool at the party where Alice is texting from.

The ASA said ads must not condone or encourage dangerous or irresponsible driving, according to the Daily Mail, which would breach the Highway Code.

“We considered that, to show a driver reading a text message which, even at the eye level at which it was shown in the ad, would have inevitably diverted his attention from the road ahead, and then reacting to it, amounted to a distraction that would have prevented him being aware of, and/or being in control of, other actions that were necessary for safe driving.”

Peugeot argued that the screen displaying the text message was designed to avoid distraction and at eye level, so the driver remained focused.

As part of the ruling, the ad must not be broadcast again in its current form.

An updated three-cylinder engine and a tech overhaul are coming to the redesigned Triumph Tiger.

You didn’t think they’d miss out on the trend, did you?