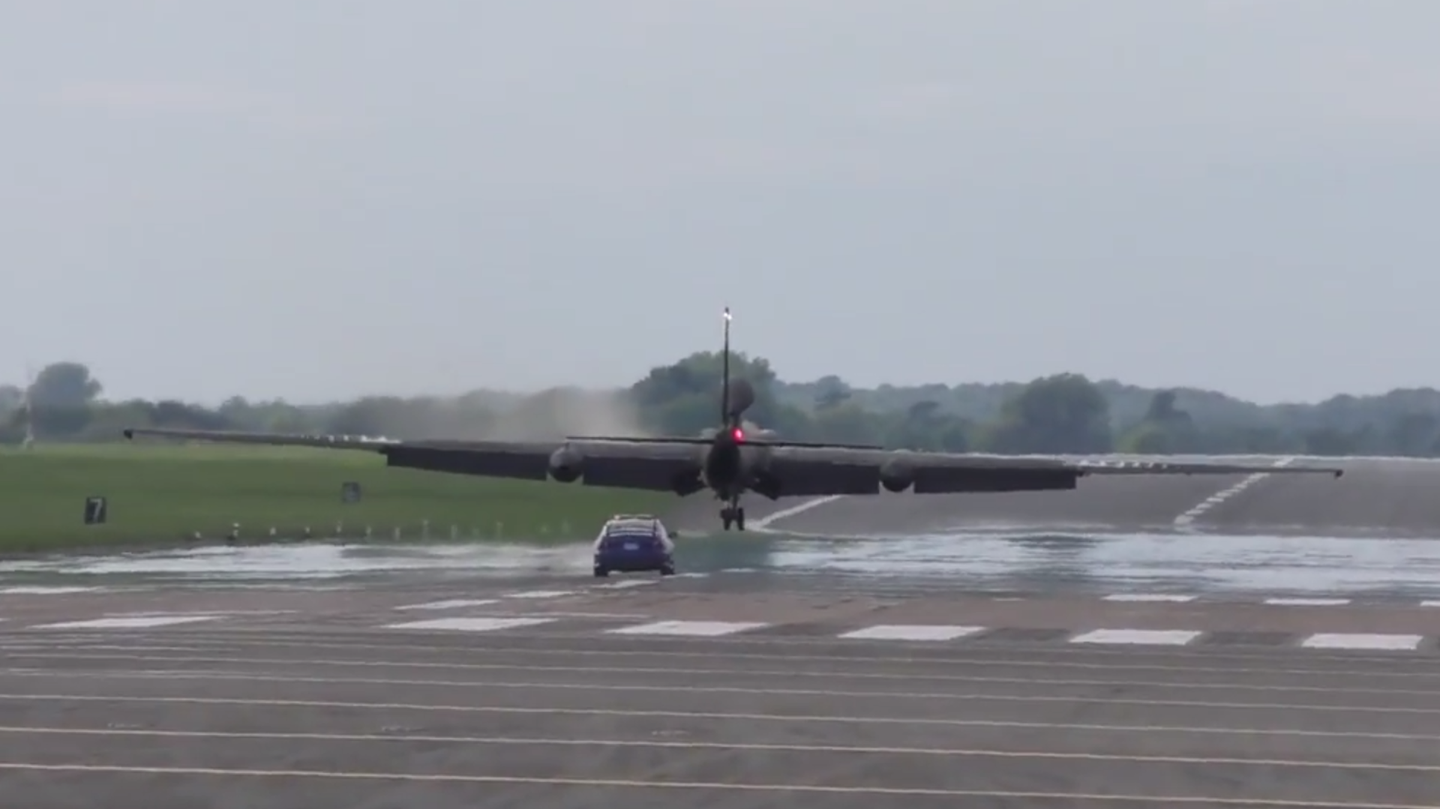 The venerable and iconic Lockheed Martin U-2 spy plane, now sixty years into its operational lifespan, is great at many, many things. Flying at 70,000 feet. Providing ultra-high-altitude reconnaissance. Getting shot down and sparking international incidents. But when it comes to takeoffs and landings, the "Dragon Lady" needs a little help from its four-wheeled friends. Enter: The Pontiac GTO.

But why, exactly? As our Will Sabel Courtney discussed last month, the U.S. Air Force uses chase cars to accompany the U-2 during runway operations to help compensate for the plane's awkwardly-long wings and unusual landing gear setup. Of course, you need a fast car for such a job, and that video showed a Tesla Model S spotting the U-2 as it took off from RAF Fairfold in Great Britain. Traditionally, though, the task has fallen on a cheap, V8 powered chunk of Detroit steel. Chevrolet El Caminos, Ford Mustangs, and Chevy Camaros have all served with honor over the years, with the mid-2000's Pontiac GTO still filling in more than a decade later.

And while the chase car's job is more precautionary on takeoffs, landings are another story entirely. The U-2 is designed to live at high altitude; the closer it is to Earth, the harder it is to control. With high-lift wings, pilots are actually stalling out the plane just feet over the runway to set it down. Combine that with its susceptibility to crosswinds, the inline bicycle-style landing gear, the long wingspan, and the fatigue pilots undoubtedly feel after a long mission, and it's clear the chase car is extremely important here.

It also has to do with way the U-2 lands—after touching down with the main wheels, the plane actually drags a wingtip (protected by a titanium skidplate) on the runway before coming to a stop. At that point, crew members then attach the "pogo" wing landing gear so the U-2 can taxi to its hanger. It would be disastrous for the plane to land off-center and catch a wingtip in the grass.

So, to make sure everything goes smoothly, a fellow U-2 pilot is stationed in a chase car at the end of the runway. As soon as the plane passes overhead, the spotter peels out and catches up with the plane, calling out altitude and attitude figures to the landing pilot. And yes, the view from the driver's seat is certifiably awesome.