Dorian Boccolacci rolled his car on the final lap of the GP3 Sprint Race in Austria. 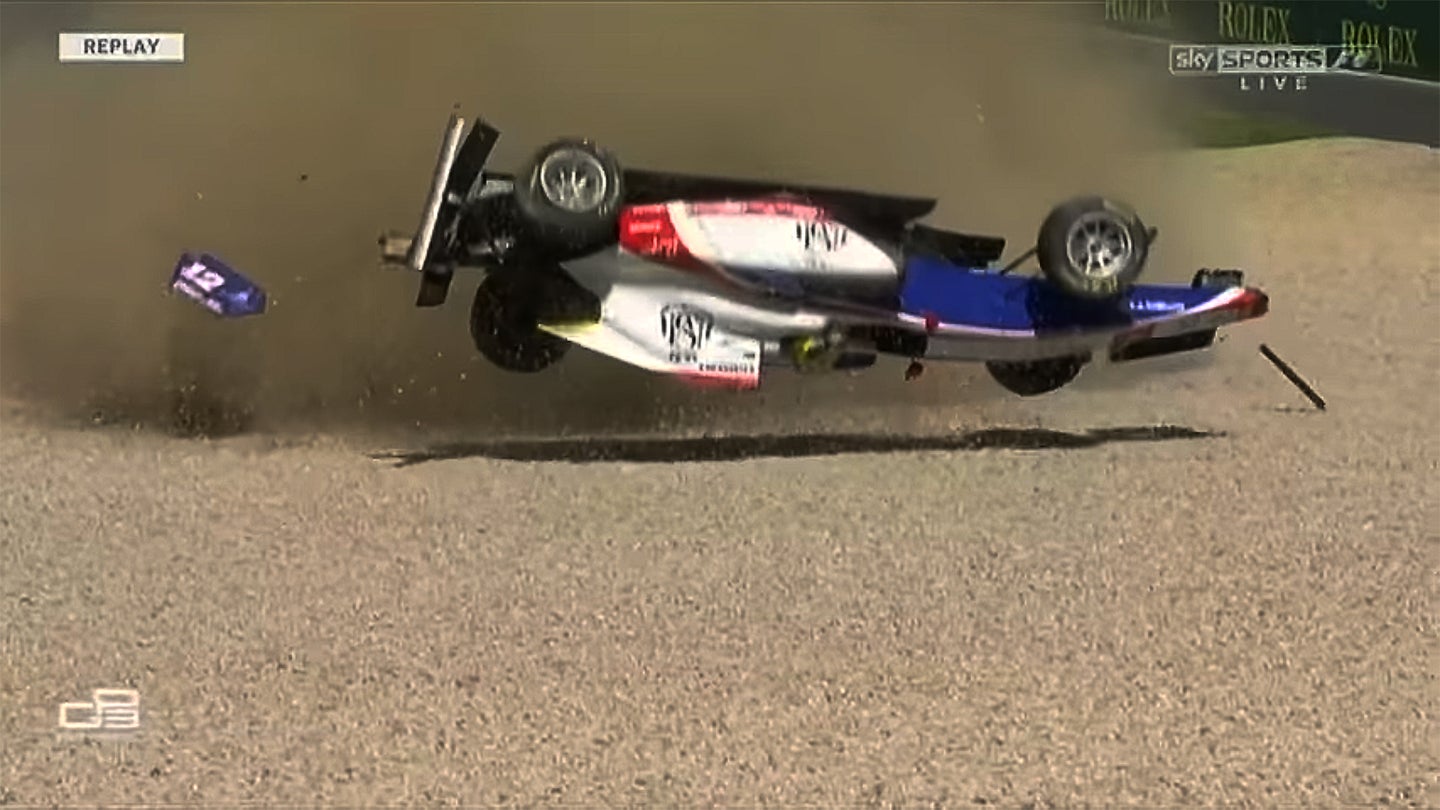 GP3, one of the feeder series for Formula One, was running this weekend at the Red Bull Ring. Besides fighting for victories in their own championship, these young drivers are still learning the craft of open-wheel racing while trying to get noticed by the F1 teams.

In the GP3's second race of the weekend, the 18-lap Sprint Race, Dorian Boccolacci most certainly got noticed by everyone in the Formula One paddock. On the final lap of the race, Boccolacci was running in eighth and tucked in right behind the car of Alessio Lorandi, Boccolacci cut out to the right to dive down the inside of turn three. Maybe Boccolacci misjudged the room he had, or maybe Lorandi slowed up a little more than expected.

It doesn't really matter as the result is the same either way. Boccolacci's front-left tire made contact with Lorandi's right rear. With the wheel-to-wheel contact, Boccolacci was launched over Lorandi.

Actually, maybe "launched" isn't really the proper word. Boccolacci's front end shot up in the air, doing a giant wheelie over Lorandi's car. When the front end came back down to terra firma, Boccolacci was heading sideways into the gravel trap. The tires dug into the gravel and sent his car rolling. When it was all over, Boccolacci had made three full rotations before the car finally came to a rest.

Boccolacci hopped out a short time later, unhurt. This was probably not the kind of attention he was hoping to bring to himself when racing in front of the big show that is Formula One.

Somehow Lorandi, with no rear wing and half a front wing, only lost one position from the contact and finished in eighth place.

Watch This Touring Car Flip 7 Times After Sliding Off Track

Driver Jason Fichter somehow walked away from this massive crash.