Watch This Baby Fall Out of a Moving Car

Another reason why proper restraints are always important for child seats. 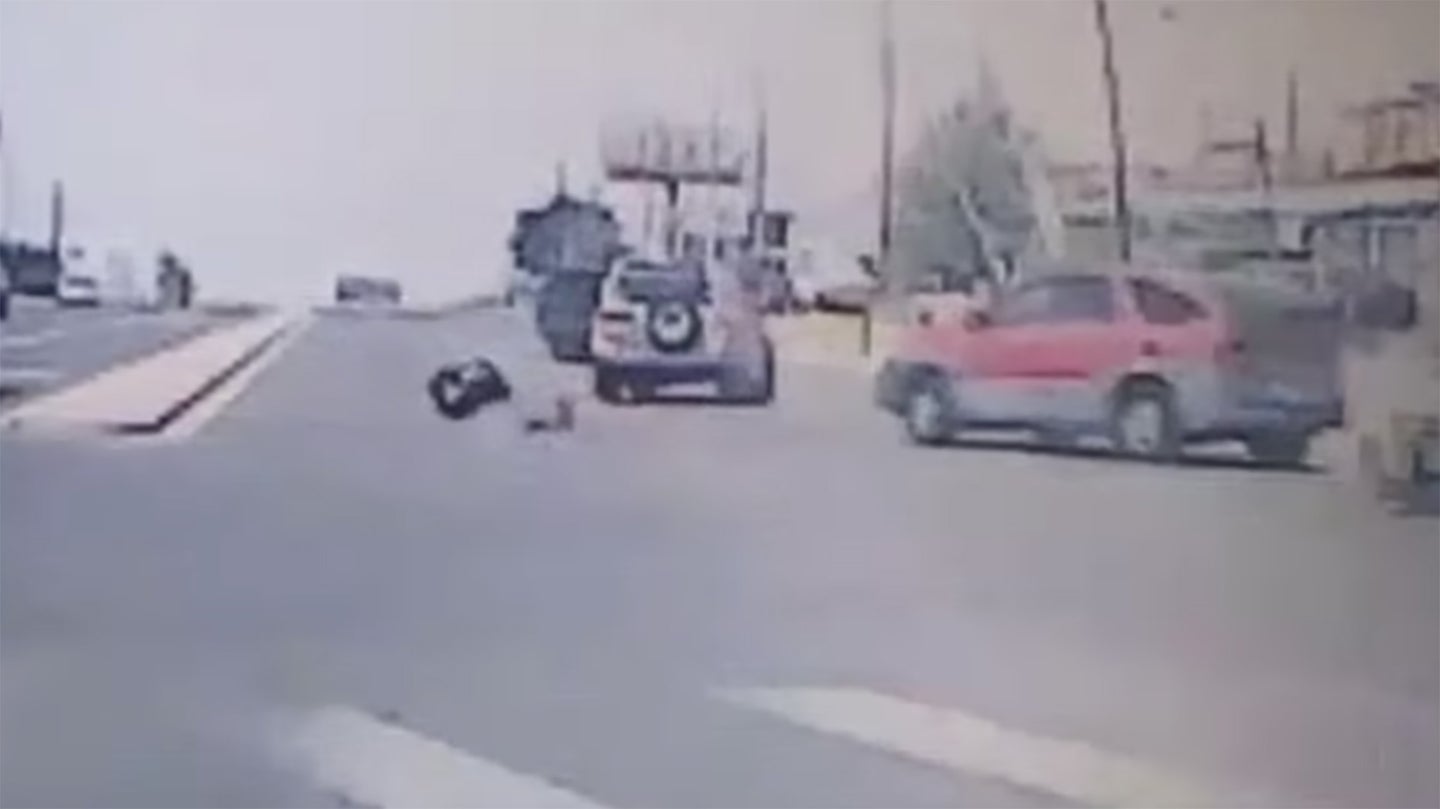 Properly restraining your child in a carseat is a critical step before beginning any trip, no matter how short the distance. A child is more susceptible to injury than an adult, and thus full restraints can prevent severe injury in a crash. It is also worth noting most young children do not have the wherewithal to know not to open a car door when the vehicle is in motion.

Unfortunately, a 26-year-old mother from Laredo, Texas apparently did not realize this—and as a result, her 1-year-old son went flying out the left rear door of her vehicle when they made a right turn. As you can see in the blurry video below, the door swings open (most likely opened by the child), and both the carseat and baby come flying out and spill onto the roadway.

At least three things had to have been messed up for this to happen: the child was not restrained in the car seat; the car seat was not properly secured (or secured at all) to the rear seats; and finally, the child locks were not activated for the back doors. Since the mother failed at all three points, her child was able to exit the moving vehicle and fall to the road below.

Fortunately, the car was not traveling at a high rate of speed, and the child sustained only minor bumps and bruises. Several citizens and a nearby Texas DPS Trooper assisted the mother and child immediately after the incident. The whole ordeal is still under investigation by police; 26-year-old Jocelyn Nicole Hernandez was sited for having an unrestrained child in the car.

Remember, the vast majority of police departments have officers certified in installing and inspecting car seats. If you are unsure how to properly secure a car seat or want a second opinion, don't hesitate to contact your local police department through their non-emergency line.