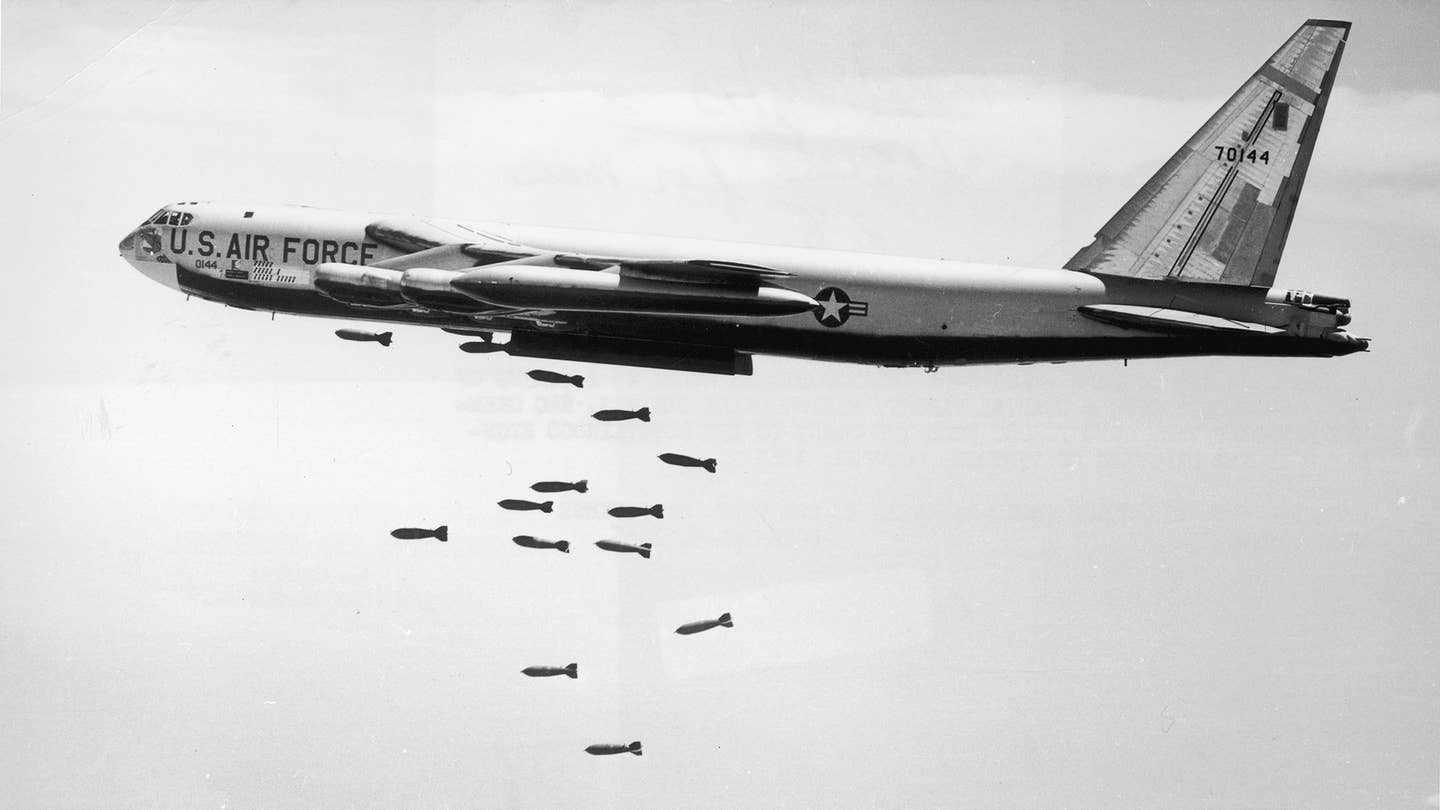 BUFF: Big Ugly Fat Fucker. It’s not the kindest nickname in the world, but for the air and ground crews of the B-52 Stratofortress, it’s a term of endearment. This 65-year-old blunt instrument of the sky might be massive and ancient, but the 2017 US Defense Department budget request has a valentine to the big ol’ girl scrawled in the margins. The F-22 Raptor and the F-35 Lightning might be pretty, but sometimes you need a whole lotta Rosie to get the job done.

First, let’s talk about just how old the B-52 is. Prototypes first flew in the early 1950s, and by 1956 Boeing’s heavy bomber dropped a hydrogen bomb on the Bikini Atoll. As a strategic weapon in the Cold War, the B-52 was the perfect foil to the Tupolev Tu-95 Bear. Crammed with nukes, a B-52 wing was a powerful chess piece in the dangerous brinksmanship played by the superpowers. It was used, effectively, the same way Spinal Tap’s drummer used a foil-wrapped zucchini: A 160-foot-long bomber with a 70,000-lb payload provides a lot of stage presence.

For today’s conflicts, it’s that payload that’s making the BUFF irreplaceable. It’s much the same reason that the A-10 Warthog is sticking around—the stealth-oriented design of frontline fighters like the F-22 and F-35 severely limits the amount of armaments they can carry. Thus, a B-52’s incredible carrying capacity turns it into a flying battleship. The lighter fighters seek out the enemy, identify targets, and then the BUFF rains down holy hell from above.

Currently, the B-52’s smart weapon carrying capacity includes the ability to launch laser and GPS-guided gravity bombs, cruise missiles, and decoy drones. As drone technology increases, it might even be possible for the BUFF to carry an attack drone or two, launching them like a Star Destroyer’s TIE fighters. However, plans to use the B-52 as an arsenal ship are still very much in the development stage, and will require developments in both communications technology and combat doctrine.

The Twofer: Be a Bratty Bomber in a Benz

A fancy jacket and an elegant convertible in look-at-me paint.