How our writer-at-large ran over a Taurus in his Explorer. 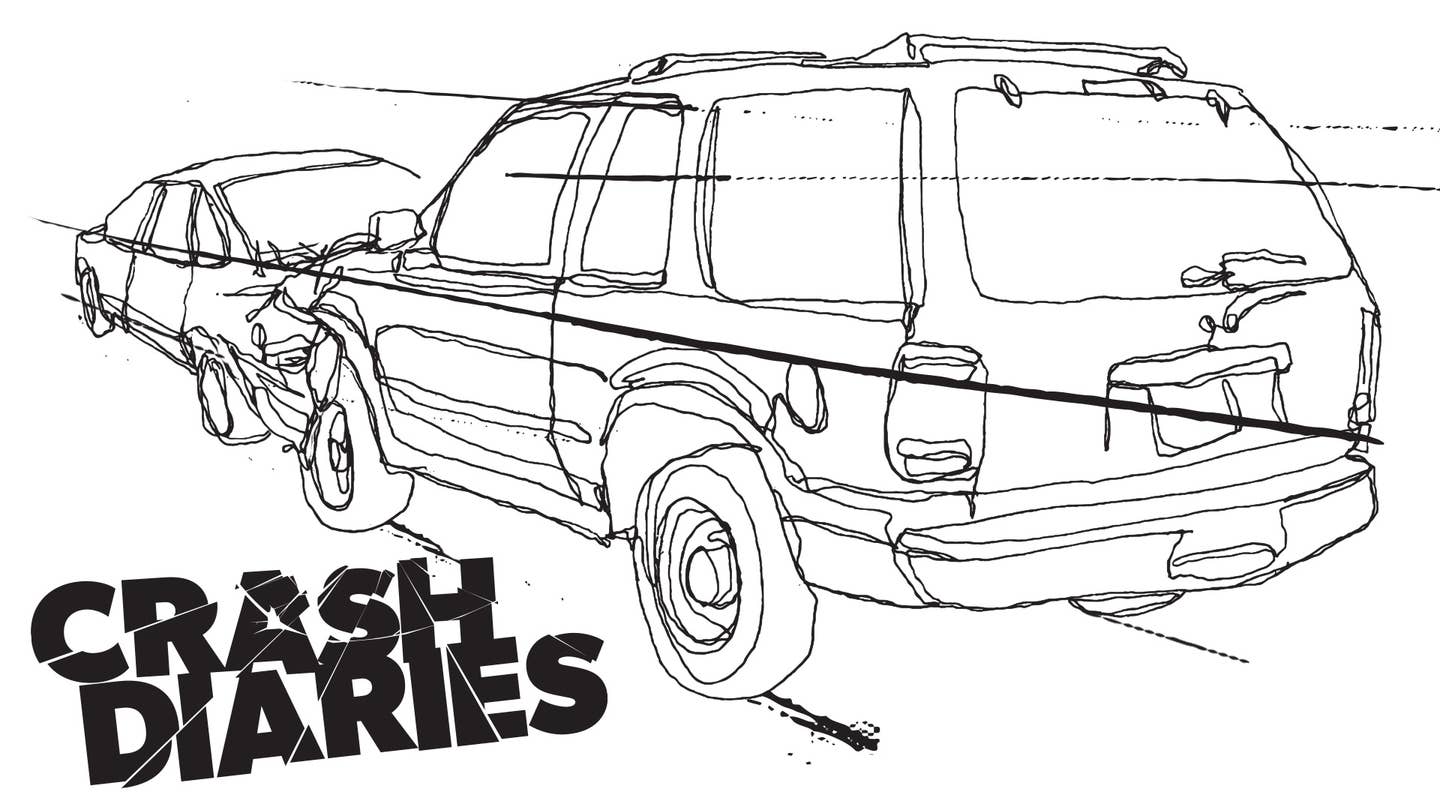 The crash: I was late for work. That's how most of these things begin, right? (Except I'm usually late for work and don't usually crash my car.) It was a sunny Southern California day, but, unlike most, I had to wade through the morning rush for my substitute teaching gig at the local junior high school.

The freeway entrance near my house descended from an overpass, so I had a clear view of the gridlock ahead. I distinctly remember frowning at it. Unfortunately, in the few seconds I’d taken to focus an intense scowl upon the situation, a queue had formed on the entrance ramp.

I looked down just as the front end of my second-gen Ford Explorer—nay, Exploder—slammed into the car in front of me. It was a dark-colored Ford Taurus, a mid-Nineties model, and the motion of hitting it looked like a meaty fist landing in a fluffy pillow. The back end of the sedan mushroomed around the Explorer's front clip. Whiplash injuries and radiator punctures danced in my head. Expensive things, those dancers.

Then the silence. That horrible, wretched silence.

I stepped out of my truck, slowly, reluctantly. The couple in the Taurus had white hair and looked to be in their golden years. They were a bit shaken, but neither was rubbing their necks. A good sign.

By dint of some miracle, they were fine. Just left gawking at the crumpled back end of their sedan, dazed disbelief etched on their faces. The impact had thrown their car a few feet forward of mine, so I was able to sift through Taurus bumper shards and kick my license plate free of the rubble. It was still mounted to its bulky plastic holder.

The damage: Their car was toast. But, aside from a few scuffs that were difficult to see in the dark green paint and some cracked plastic, the Explorer was intact. The fog lights didn’t work anymore either, but I never used them anyway. I was able to drive the truck away, no problem.

The moral: After you’ve done something stupid, even by accident, being decent it what counts. Before anyone left the scene, the couple explained to me that they had a doctor's appointment at a clinic 40 minutes away. The gentleman was sick, and he needed a consult for radiation treatment. I offered to ditch work and drive them to the appointment.

How a Simple Four-Way Stop Turns Into a Bloodbath

A drunk driver puts the “Tank Theory” to the test.