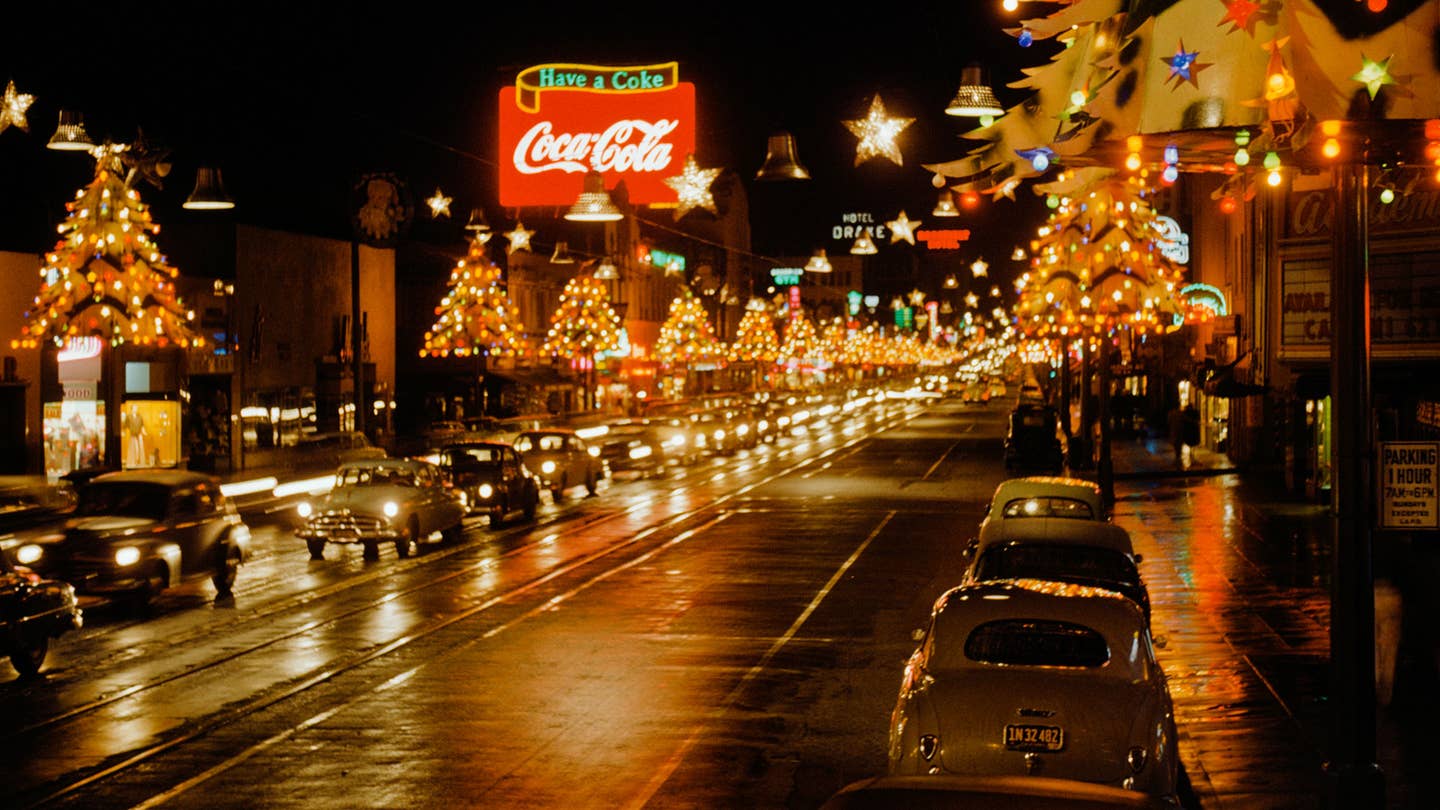 Feel that clamminess? This is bound to be New York’s warmest December on record,

the New York Times reports, at a predicted 14.1°F above average. It’s been quite a sultry deviation. While New York in December has been the set of countless Christmas-themed movies, this year, 42nd Street, 34th Street, Central Park and all the rest are looking more like pieces from a “New York City” set on the backlot at Paramount—before the fake snow rained down. As the Times notes, not a single day this month has dropped below freezing, and most days have had a “low” higher than an average December day’s “high.” The roses in Stuyvesant Square are blooming; folks are playing basketball, shirts and skins.

Is it a one-time balmy anomaly? A taste of runaway global climate change? The new normal? Regardless, a New Yorker always has to be prepared. As such, here’s a photo of what we can expect: Christmas on Hollywood Boulevard, in Los Angeles, circa-1950. Dry roads, cool air, convertibles. The December average in California, then? Fifty-seven degrees. The average in New York, now? Fifty-one point six. Jiminy Christmas. Time to retire those sweaters for good.