Contrary to popular belief, modern-day Lambos are plenty happy in the white stuff. 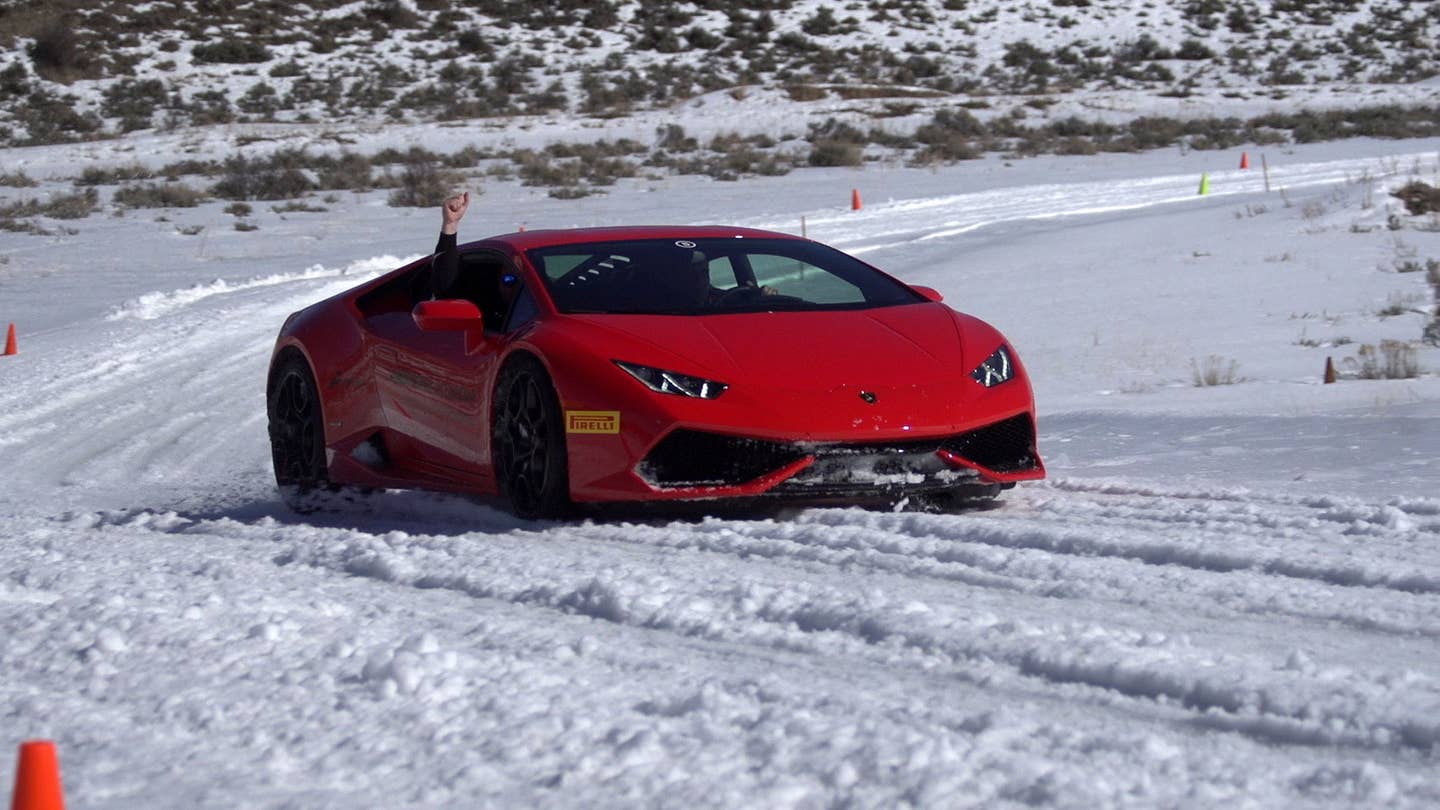 Most Lamborghini owners, presumably, never consider driving their super-pricey Italian sports cars in the snow. Even though many modern-day Lambos pack all-wheel-drive, every one has a full raft of stability and traction control systems, and two decades of Audi ownership mean Lambos are now made well enough to be consideredactual cars, plenty of people still think of these wedgy exotics as literal fair-weather friends, only suited for cloudless days and flawless pavement.

And let's face it, anyone with the green to afford a Huracan or an Aventador probably has a couple other cars in the garage. And considering how popular mega-buck SUVs have become, odds are good at least one of those vehicles has the ground clearance needed to better navigate the icy moguls and snowy banks that dog winter drivers.

But as Mike Spinelli found during a trip to Lamborghini's Winter Accademia Intensivo driving school in Aspen, CO, modern-day Lamborghinis are just as happy playing in the snow as they are blasting around a track. Outfitted with studded Pirelli SottoZero winter tires, the academy's Aventadors and Huracans turn out to be willing to slide around on the frozen surface with the grace of Brian Boitano.

Bottom line: If you're one of those fools lucky enough to park a new Lamborghini in your driveway, don't be one of those schmucks who keeps it inside all winter long. Let that puppy romp around in the snow instead.