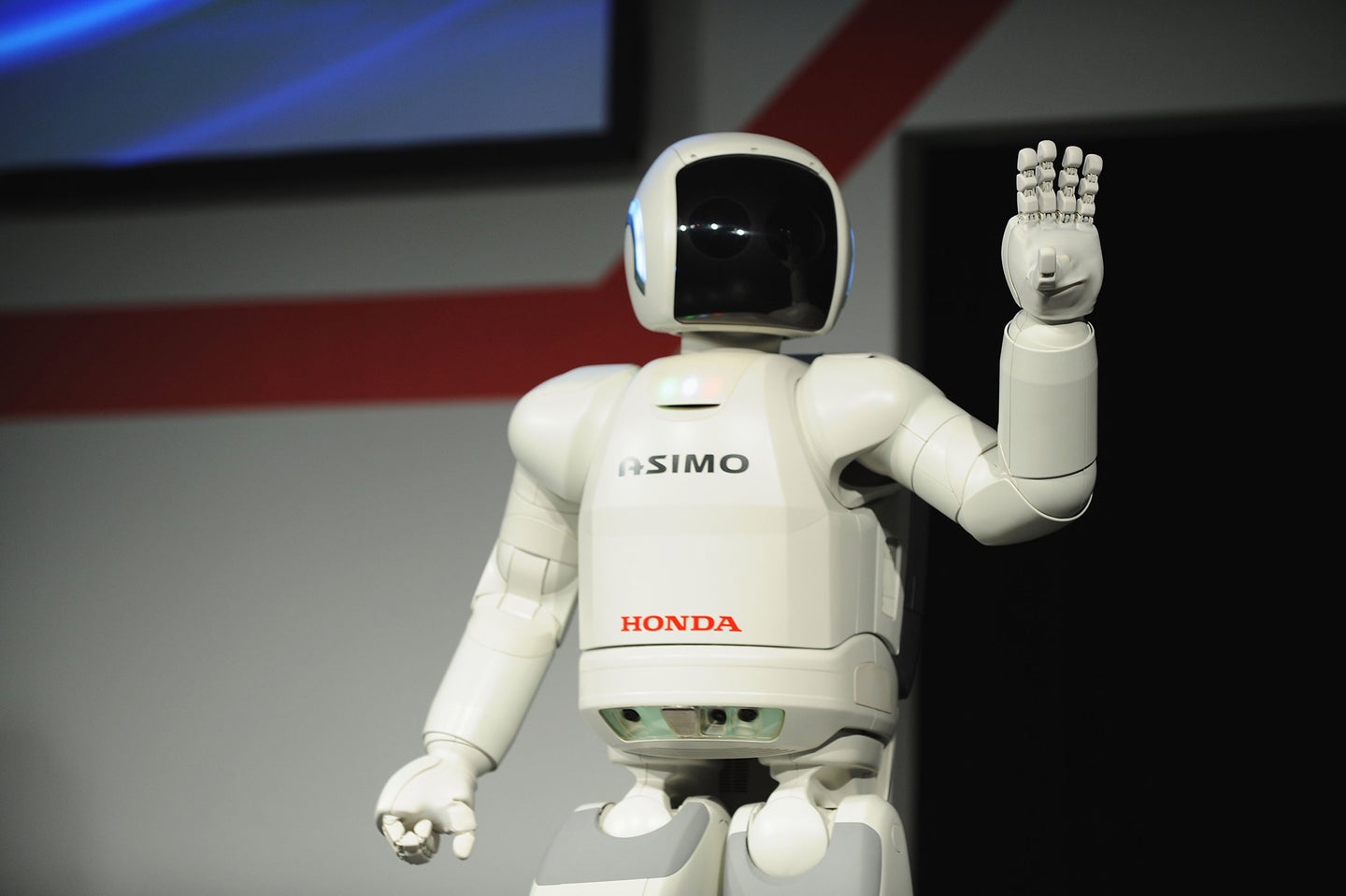 This weekend, Honda's ASIMO robot will serve as grand marshall at IndyCar's Grand Prix of Alabama.

George Dennis, president of ZOOM Motorsports and event promoter for Barber Motorsports Park said in a press release, "We are honored to have ASIMO as our grand marshal. This will be the first race event that ASIMO has attended and we are excited to make history with his appearance.”

The latest version of Honda's humanoid robot, according to the press release, can perform sign language in multiple languages, climb stairs, walk and run, and recognize human faces, all of which makes it rather ideal to be a pint-sized Terminator.

The press release from IndyCar made no mention of the Three Laws of Robotics, which is the only thing keeping robots like ASIMO from turning our world into a Skynet-esque dystopian nightmare. If you need a refresher, those laws are:

At the grand prix, ASIMO will be responsible for give the command “Gentlemen, start your engines!” So long as it abides by the Three Laws, there is little chance ASIMO will take the opportunity to instead call out to its robot brethren to "Kill all humans!"

Meet Cassie, the Bipedal Robot Here to Ostrich-Walk Into Your Nightmares

Developed by roboticists at Oregon State University, Cassie is designed to replicate a birdlike walking gait.

The company behind Vespa scooters has created a rolling “cargo robot” to haul your stuff.