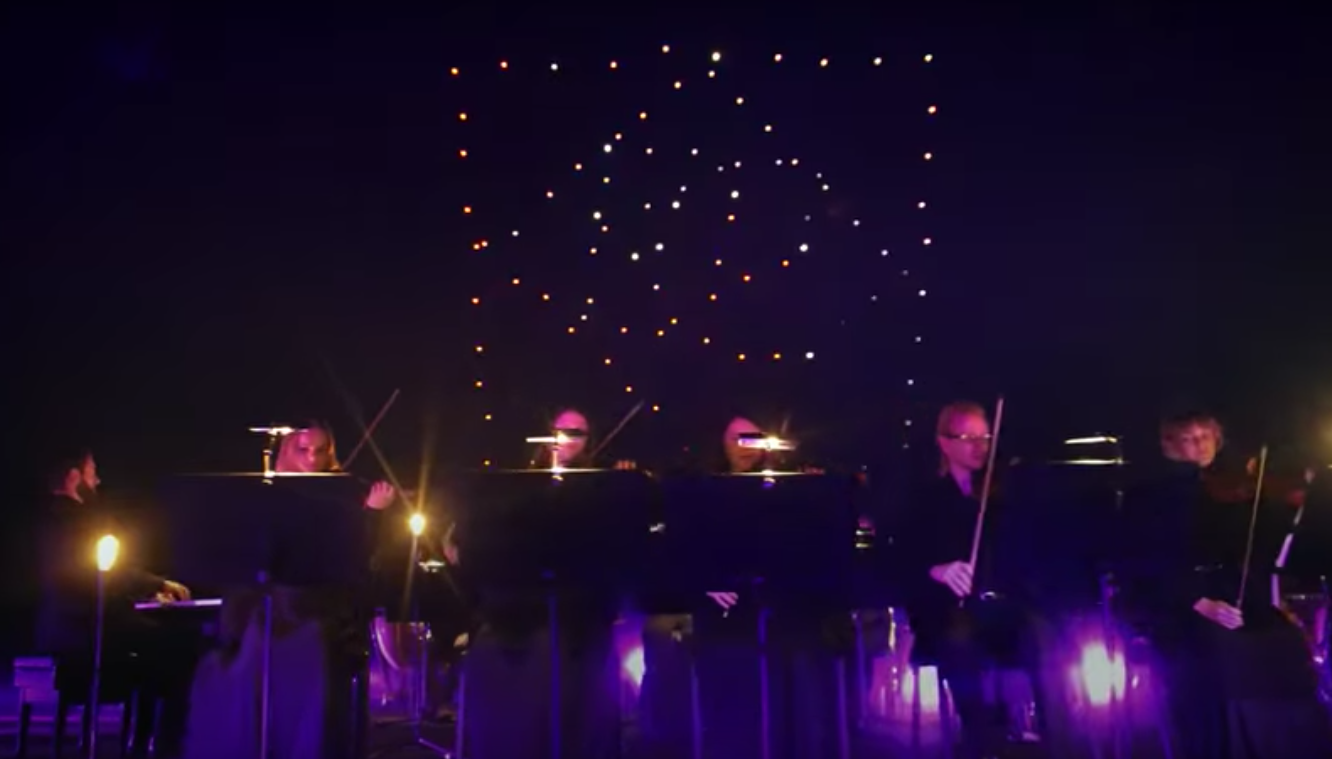 Most people know drones as tools used for filming, or for racing. But in November of 2015, Intel set a world record by launching 100 drones in various locations across the globe, showcasing a completely different ability.

These dancing drones spelled words, made shapes, and performed complex preprogrammed moves, all manipulated by a two person team on a nearby laptop. It didn't take long for them to then quintuple that feat. The drones used had encased propellers, so they were safe to use around people. Intel dazzled, but the tech hadn't really found any mainstream uses. But that changes as of Sunday, at NRG Stadium in Houston, Texas—because what could be more mainstream than the Super Bowl?

Halftime host Lady Gaga will use hundreds of drones to light up the night during her show. Twitter user Felipe_Oif saw this formation over the stadium.

Knowing Intel's capabilities, we hope it's a little more than a single letter—but, at the very least, it will broadcast some of the amazing things drones can do to over a 100 million homes across the world. For drone enthusiasts, this is exciting.

Electric and autonomous vehicles are just the tipping point for the Detroit staple.