AT&T is shutting down its 3G service nationwide, blacking out millions of connected vehicles in the process. 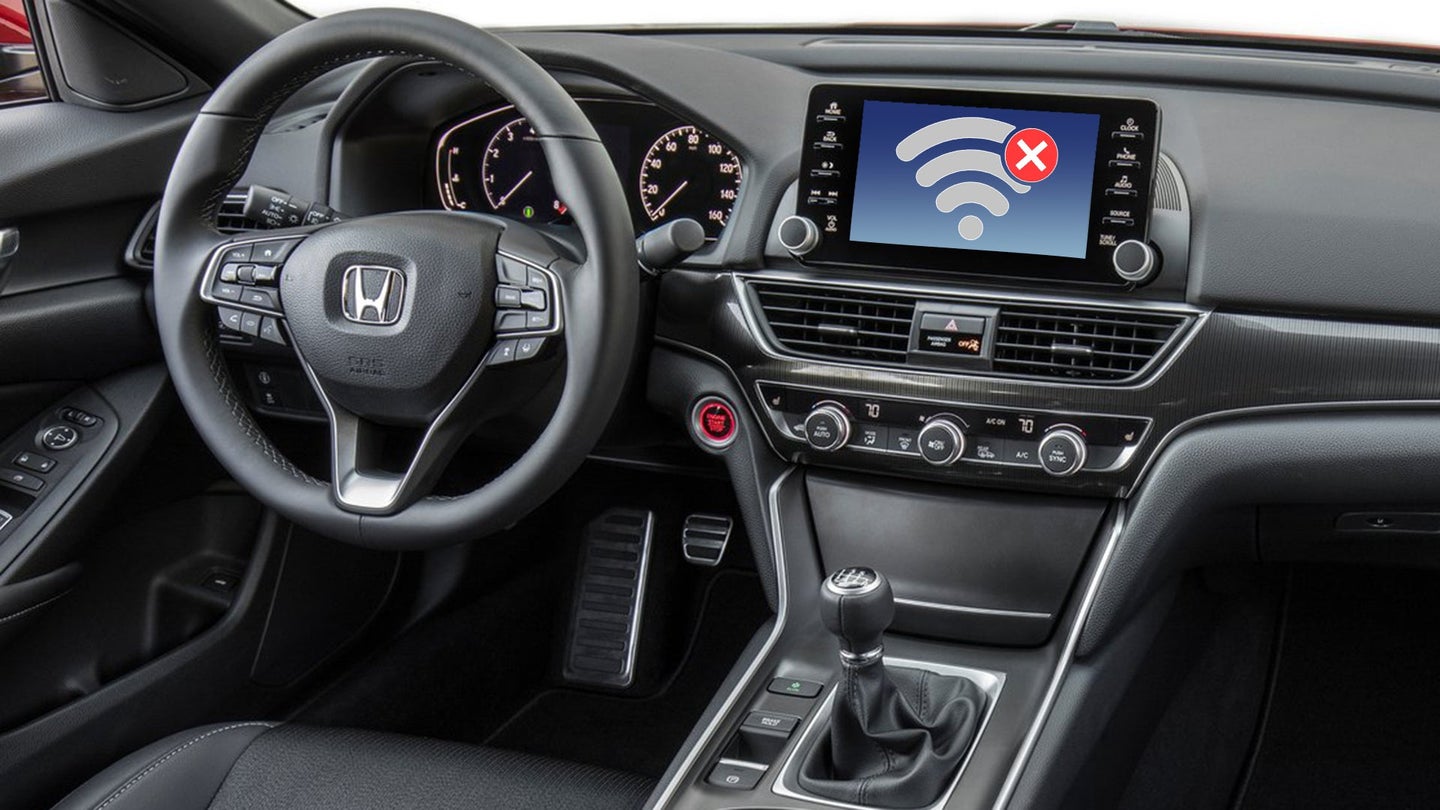 The telecom industry has coined this term as "sunsetting," but that's a sort of fancy term for what's effectively a stoppage that'll screw tons of vehicles and other devices. Automobiles, ATM machines, security systems, and even EV chargers are already feeling the effect of this two-decade old cellular standard being retired in order to make room for newer 5G cellular bands. And with the official cutoff actually here, our connected world is about to get a little more fractured—potentially beginning with your car.

While the end of 3G service was inevitable, the reality of it all is just now coming to light on the eve of the shutdown. We initially highlighted the consequences of this change back in December and despite pushback of the 5G rollout driving the shutdown, technology marches forever forward. Now, with AT&T's mighty finger hovering over the off-switch, there's nothing affected consumers can do except sit back and watch the sun go down.

AT&T's sunsetting is the first wide-scale shutdown of the major U.S. 3G network. It affects somewhere in the neighborhood of 100 models across 12 automakers, all built between 2012 and 2022. When we spoke with automakers late last year on the shutdown, many were able to tell us which cellular networks its vehicles operated on. Because of this, we pinpointed many of the models which may be affected by Tuesday’s shutdown in one way or another.

Not All Cars Will be Affected The Same

Just because the above vehicles are affected by the 3G shutdown doesn't mean they'll be unusable. The cars will all still start and drive (assuming they're in mechanically sound condition, of course). The changes are mostly varying degrees of sudden technological ineptness, offset in certain cars by proactive updates from the manufacturers.

General Motors, for example, planned for this switchover to eventually occur and has pushed an over-the-air software update to keep OnStar functional in many of its vehicles. Some built prior to 2015, however, will require a hardware swap. Honda is performing a similar OTA update in many of its vehicles, though it has to be performed before the shutoff date in order to avoid a potentially costly dealer visit. Volkswagen, Tesla, Volvo, Ford, and others will be offering a hardware upgrade for some vehicles as well.

If your vehicle isn't listed above, it doesn't mean that you're in the clear. Sprint, T-Mobile, and Verizon all have 3G networks which are facing the same fate by the end of 2022. For a full list of automakers and affected vehicles, you can check out our original coverage here.

This Isn't The End

The 3G sunset is an important lesson in how technological lifecycles aren't necessarily aligned.

Many companies in various industries implemented 3G because of low costs, broad coverage, or simply because the devices with the tech equipped may not have needed blazing fast speed. As newer cellular technology like 4G and 5G were deployed, it became apparent that 3G would one day be phased out, yet many business—including those in the auto industry—continued to implement 3G in new products.

It's a matter of time before 4G becomes obsolete, just as its predecessors 3G and 2G did. This may not be an immediate issue, but as cars become more connected and they spend more time in-service than ever, a brand new vehicle could have issues with its core connected functions later on in life.

Is the answer a more future-proof technology or less connected car? That's for the consumer to decide, ultimately, but with creature comforts like app-based remote start and on-demand summoning, it really makes you question if a seemingly lifelong car purchase can really be supported in the long term. You might see a feature-complete 1996 Toyota Camry on the road in 2035, but you might not be able to have the same certainty about all of the capabilities packed into your brand new 4G-equipped luxobarge.

The 3G Shutdown Could Put Some EV Chargers Out of Action

Charging stations in the U.S. are already limited and could face complications as 3G networks go away.

The 5G Fiasco From An Airline Pilot’s Point Of View

A first-hand account of what possible 5G interference could look like in the cockpit and the chaos surrounding it.