Is This Van Hiding the Secret to Defeating Tesla?

The man who built the Model S has a new project. 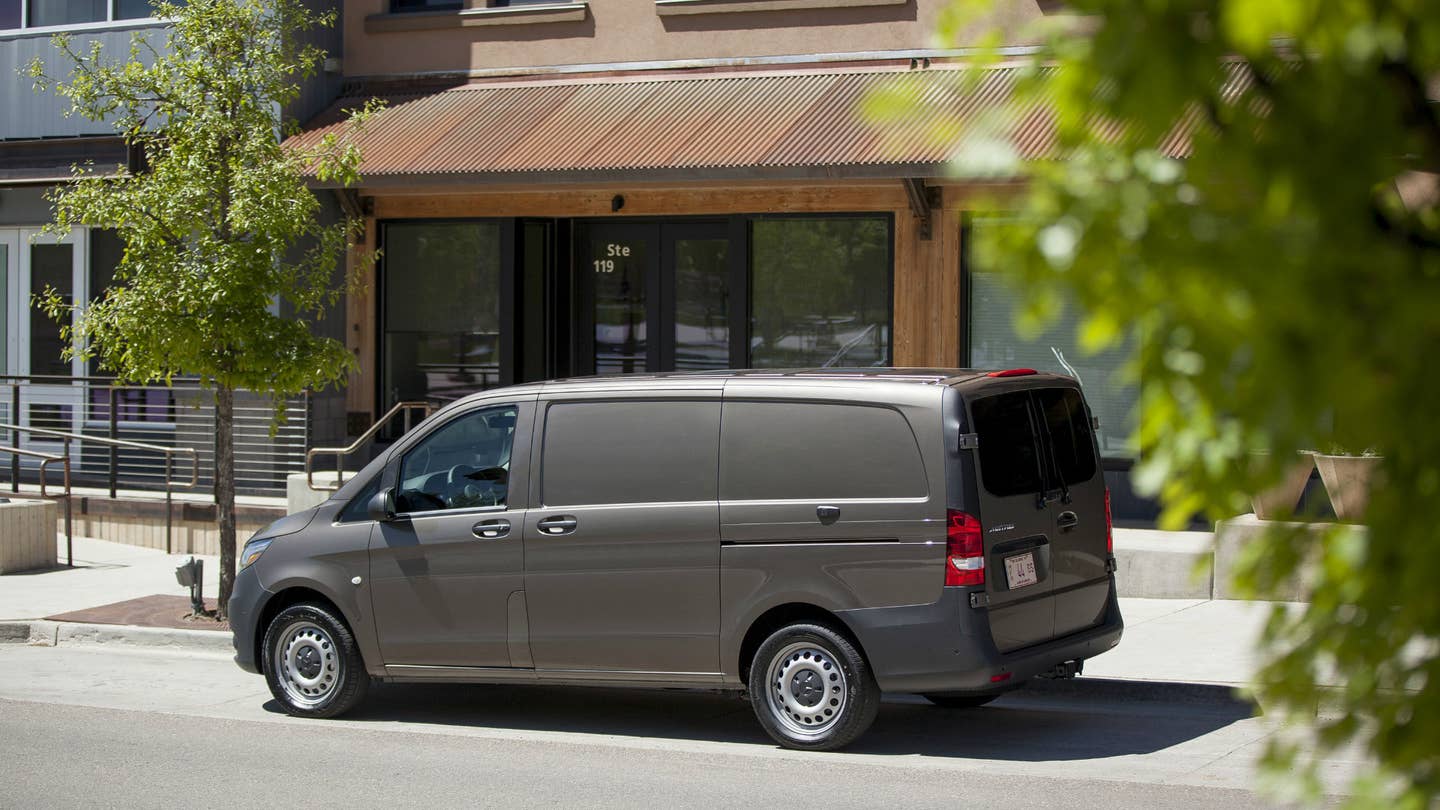 The “Telsa-killer” rhetoric is wearing thin, no? The automotive landscape is awash in hopeful upstarts, from Faraday Future and NextEV, all claiming to have a proverbial silver bullet in development. Like those other firms, Atieva has Chinese backers and an ambitious battle plan. Unlike those other firms, Atieva counts Bernard Tse and Peter Rawlinson among its ranks.

Tse is the former Vice President of Tesla, and served on its board of directors; Rawlinson is the brains behind Tesla’s machine, the chief engineer of the Model S. All in all, Atieva has snatched up more than a dozen of Elon Musk’s former guys, and  it looks like they’re not screwing around. Per Reuters, the firm has been running around in a Mercedes-Benz Metris development mule with a formidable new all-wheel drive electric powertrain. It uses a lithium-ion battery pack with twin high-output electric motors to the tune of 900 horsepower. That’s enough to get the Mercedes (nicknamed “Edna”) to 60 mph in 3.1 seconds, despite a 5,000-plus-pound curb weight. Said drivetrain is the foundation for Atieva’s long-term plan, which includes a four-door luxury sedan in 2018, followed later by a pair of luxury crossover SUVs. Atieva figures its Model S fighter should get to 60 mph in 2.7 seconds.

The company has a more than a few details to iron out. (Most notably production facilities, which Atieva has yet to secure. Brian Baron, Manufacturing Director, says the firm’s currently shopping for a site that’ll allow an annual output of 20,000 cars.) Still, a proper 900-hp all-wheel drive electric powertain is a salable product; even if it ends up as a development firm or supplier, Atieva is important, if nothing else because of the people involved with the project. Especially with Tesla’s high employee turnover and their diaspora within the industry, it’s only a matter of time before someone shows up with a real rival to take on Musk.