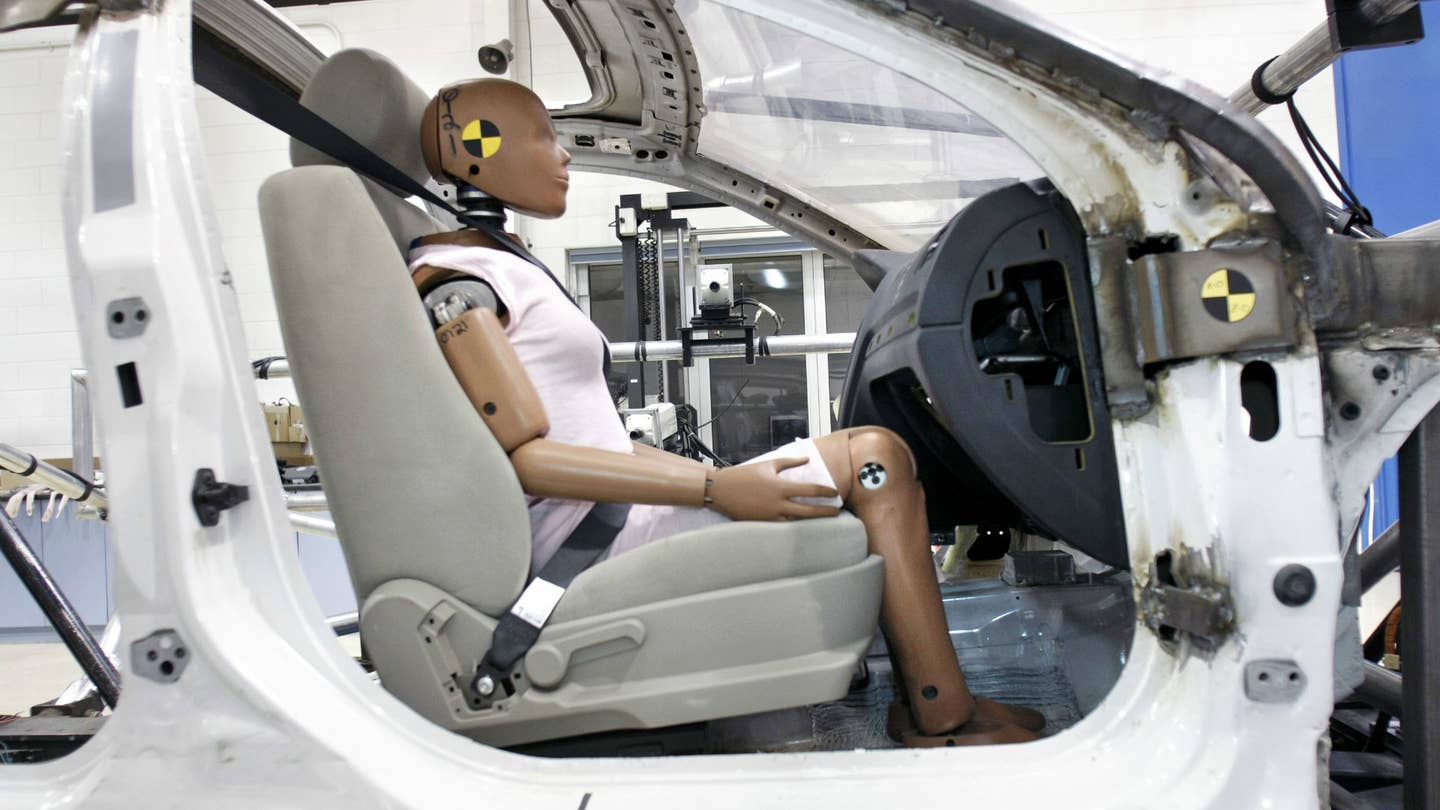 You can debate the merits of ride-hailing, but you can’t argue its effectiveness. Uber and Lyft have become poster children for Silicon Valley “disruptors,” managing to upended the decade’s old taxi establishment in just a few years. It’s a major paradigm shift, like Netflix’s trampling of Blockbuster. And just as film and television has been forced to react, rail-hailing is changing the automotive industry. Now, the government is stepping in to address a latent, but practical, consequence of Uber and Lyft’s prolific rise: More people sitting in the back seat of cars.

At present, National Highway Transit Administration crash testing only covers the driver and front passenger. Its rear-seat safety measures are twofold: (1.) Mandated side-curtain airbags, which occasionally extend to protect rear occupants, and (2.) Side-impact crash testing, some of which happens to overlap into the rear passenger compartment. That's it. A handful of automakers offer divorced, rear-seat-specific curtain airbags; it’s optional equipment and, typically, it ain’t cheap. But, starting in 2019, the NHTSA will begin using crash test dummies in the back seat of new vehicles. Since it was formed in 1970, this is the first time the agency has broached dedicated rear passenger crash testing.

That's a big deal for automakers, who have been able to focus resources entirely in the front passenger compartment to achieve top marks. A NHTSA 5-Star Rating is especially crucial to brands like Honda and Chrysler, which sell family-oriented cars and minivans in volume. New rear-seat tests will mean adapting tech like seatbelt pre-tensioning to accommodate three or more additional passengers. It'll also mean big changes to engineering overall crash structures. Both propositions are hugely expensive.

The NHTSA’s rear-seat testing is part of a larger set of new standards, which includes semi-autonomous capabilities, set to take effect in 2019.