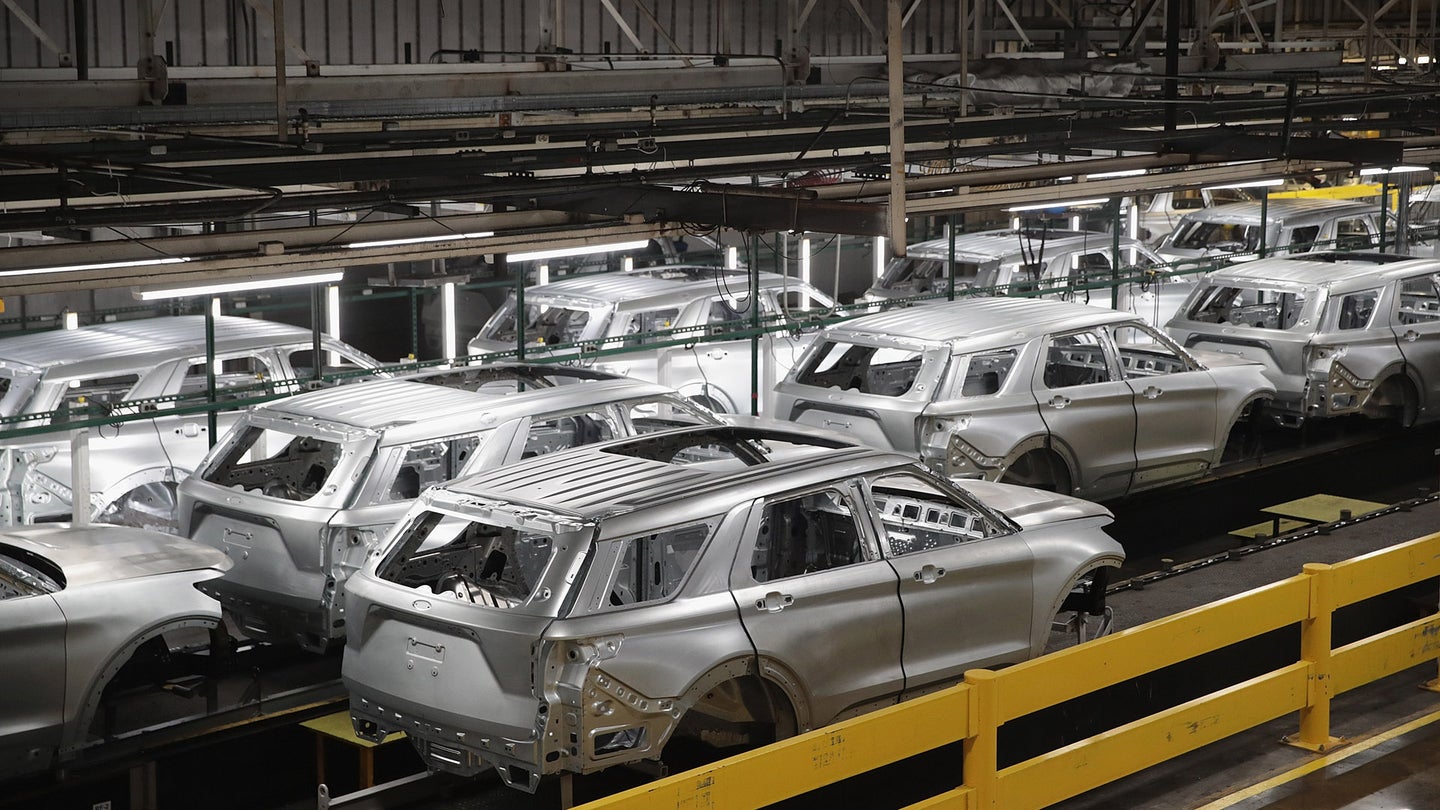 Welcome back to Speed Lines, The Drive's morning roundup of what matters most in the world of transportation. And in that world, everyone is waiting to see what's next with the coronavirus outbreak—and America's $2 trillion stimulus package designed to fight it and its resulting economic downturn.

"A Focus On The Auto Sector"

The big news today is that early this morning, the White House and Congress struck a deal for a $2 trillion government aid package to individuals and businesses of all sizes. It's the largest stimulus in American history, dwarfing even the $700 billion Troubled Asset Relief Program used during the 2008 financial crisis.

Today, and after a considerable amount of partisan fighting over terms, the U.S. Senate is expected to vote on the package. As the Washington Post reports, among the terms are $1,200 direct checks to many Americans, expanded unemployment insurance and $500 billion in emergency loans for both large businesses and cities. (Vox has a good explainer of the current terms if you're curious, and frankly, you should be.)

The question for us is, what does this mean for the auto industry? Some of the money is allocated for airlines, so it may also go to the automakers whose sales have plummeted and whose factories are shuttered to try and stem the outbreak. We don't know what the terms are yet, but Automotive News reports experts think the car business will get something:

The plan includes about $500 billion that can be used to back loans and assistance to companies, including $50 billion for loans to U.S. airlines, as well as state and local governments. It also has more than $350 billion to aid small businesses. Then there is $150 billion for hospitals and other health-care providers for equipment and supplies.

The auto industry continues to wait for the specific terms of a trillion-dollar economic stimulus package, but the sector could get a slice of the pie through that envisioned $500 billion fund from the U.S. Department of Treasury, according to the Alliance for Automotive Innovation's top executive.

"It is fairly clear to me — again having been through 2008-09 and also in my conversations on Capitol Hill and with the administration—that there is definitely a focus on the auto sector. No question about it," John Bozzella, CEO of the Alliance for Automotive Innovation, said during a webinar Tuesday organized by the Center for Automotive Research.

"In terms of what the actual prioritization is and the use of the facilities would be is really going to be up to individual companies working with the Treasury and with the Fed," he said.

More on this today as we get it. Seeing as how General Motors, Ford and Fiat Chrysler are hardly declaring bankruptcy like the last go-around, I don't see any aid package as being as big as the $80 billion bailout that went to two of those companies. But they'll probably get something.

After Ford took similar steps last week, GM has revised its 2020 financial outlook and said it will draw $16 billion from its revolving credit lines to boost cash reserves amid this severe downturn. One of CEO Mary Barra's initiatives in recent years has been to use GM's recent profits and sales successes to shore up for any bad times. That has meant layoffs, plant closures and the losses of brands like Holden and Opel, but it has positioned the company fairly well to weather such a downturn. Hopefully.

Here's The Detroit Free Press on the move:

“We are aggressively pursuing austerity measures to preserve cash and are taking necessary steps in this changing and uncertain environment to manage our liquidity, ensure the ongoing viability of our operations and protect our customers and stakeholders,” said CEO Mary Barra in a statement.

Barra noted that over the last several years, GM made strategic decisions and structural changes to transform the company and strengthen the business, "better positioning us for downturns.”

"Everyone is stockpiling cash because it's the best way to deal with uncertainty," said David Whiston, equity strategist for U.S. Autos at Morningstar Research Services. "They are leaving themselves about $1.3 billion of availability on the credit lines so there's still a small buffer left."

GM's in a better position than, say, the airline companies going into this mess. And that's not something you would've thought a decade ago.

Ford Will Hold Off Making Cars Until April

Automotive News reports Ford's factory shutdown—measures taken by every other automaker in America, and currently many across the globe—will likely last beyond March 30. Given that's just a few days from now and America's outbreak seems to be only getting worse, that's not surprising.

The automaker did not offer a time frame for when its plants might reopen.

Michigan and at least 15 other U.S. states, along with Ontario, Canada, have instituted stay-at-home orders. In Michigan, the order extends until April 13.

"We are assessing various options and working with union leaders — including the United Auto Workers and Unifor — on the optimal timing for resuming vehicle production, keeping the well-being of our work force top of mind," Kumar Galhotra, Ford's president of North America, said in a statement.

General Motors is standing by its plan to suspend production until at least March 30, spokesman David Barnas said.

"Production status will be reevaluated week to week after that," he said.

I fully expect GM and the others to follow suit. How could they not?

German minister: We must prevent sale or break-up of our key firms (Reuters)

The Other China Emergency (The Atlantic)

2020 Land Rover Defender: What We Learned Over 420 Miles Of African Safari (Jalopnik)

What's your take on the stimulus bill? Will it help you and your family? Does it go far enough?