If California's AB-5 bill forces Uber to make drivers employees, it could be a blessing in disguise for a company that has to confront its long-term labor issues anyway. 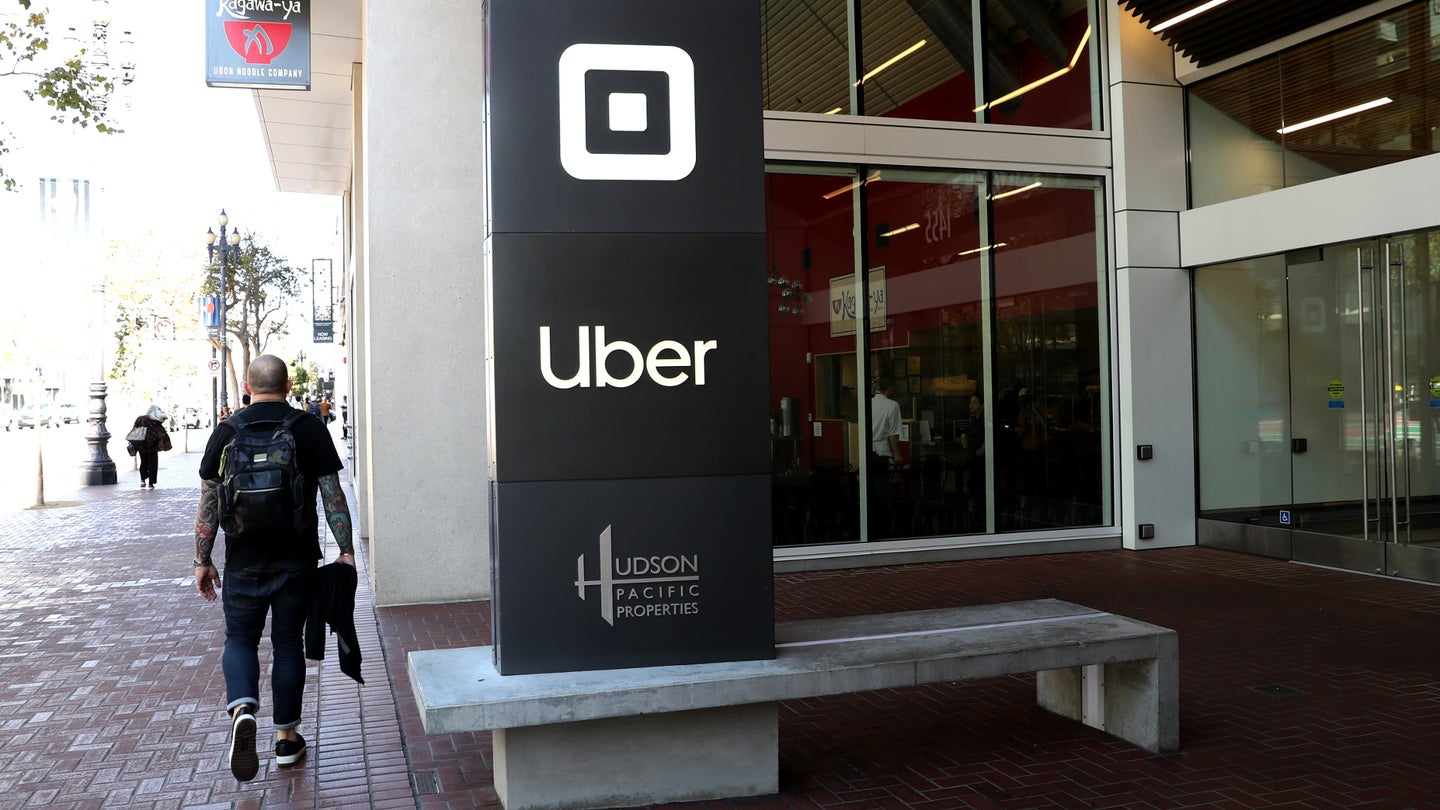 Even by the standards of Silicon Valley startups, Uber has been a wild ride of soaring highs and stunning lows since day one. As Mike Isaac's rollickingly entertaining book Super Pumped: The Battle for Uber shows, the ride hailing giant has always been a volatile mix of transformative promise, unfiltered will to power and self-destructive toxicity, perennially poised between utter dominance and complete implosion. Now, with the passage of California's Assembly Bill 5 [full text here], which reclassifies "gig economy" workers as employees rather than contractors, Uber faces its most momentous challenge yet.

The heart of Uber's business is not so much a technology as it is a regulatory blind spot. Intensive regulation and medallion systems had mired taxis in the high costs and constraints you'd find in a unionized field, and Uber was able to compete with using contract workers. Sure, the company's obsession with a frictionless user experience and rapid expansion helped make it what it is today but none of that would have been possible if Uber had been required to hire drivers as full-time employees from the start.

It's important to understand that the problem is not necessarily that Uber couldn't build a viable business employing drivers, it's that it never would have received the venture capital to expand the way that it has with employee drivers. In fact, one of Uber's biggest challenges (besides losing $5 billion in three months) is that it can't keep drivers at the company: the majority of drivers cycle through Uber about every six months according to a 2017 Stanford-Uber study [PDF], and the company spent $5.4 billion over the 12 months ending last March just on bonuses to retain them. With the labor market continuing to tighten, finding quality labor to maintain the ubiquity that makes Uber work will only become more difficult.

In response to the passage of AB5, Uber is "voluntarily" moving toward what it calls "a new progressive framework" for drivers that seems to acknowledge its labor problems. Rejecting both AB5 and the status quo, Uber promises a "guaranteed minimum earnings standard," "robust portable benefits" and "real sectoral bargaining"... in short, a "third way" that (at least in theory) looks remarkably like (at least some of) the benefits and protections of employee status. While the details of this proposal remain undefined, Uber's position is that AB5's so-called "ABC test" may not actually force it to reclassify contract drivers as employees.

Needless to say, Uber's response to AB5 hasn't exactly won over the coalition of critics that has grown with every new Uber scandal. Even those who are relatively sympathetic to Uber's claim that drivers would rather preserve their flexibility than become employees, like Harry Campbell of TheRideshareGuy, argues that Uber has made so many rules and incentives for drivers that their flexibility is a mirage. In a New York Times op-ed, Campbell argues that "by exerting various elements of control over their drives, Uber and Lyft are the ones treating drivers like employees, more so than any law could ever do."

Having personally been both a contractor and an employee in my career, and having some sense of the pros and cons of both, Campbell's argument makes a lot of sense to me. For certain jobs, certain people, and certain times of ones life, the freedom and flexibility of a contractor job is ideal, even if that comes at a price. What isn't fair is when companies try to have their cake and eat it too, providing the pay and (lack of) benefits of a contract gig while demanding (or heavily incentivizing) the commitment an employer expects of an actual employee.

Ultimately, Uber may well have no choice but to accept that AB5 applies to its drivers and might only be able to put off the day when a court ruling makes it official. That question aside, its fundamental labor problems would likely be pushing it toward a more employee-like arrangement with its drivers anyway. The era of cheap capital and weak wage growth that birthed Uber was going to end at some point, and almost every "gig economy" platform has seen some level of professionalization. Though AirBnB still hosts individuals renting out their personal spaces for spare cash, it's been increasingly taken over by small- to medium-sized landlords and property management companies who enjoy efficiencies of scale on everything from capital to cleaning crews.

Uber's counterproposal to AB5 suggests they recognize this inevitability to at least some extent, but if they aren't able to create a new regulatory category for its drivers they may need to consider a more extreme option. One of these options first occurred to me while attending the Taxicab, Livery and Paratransit Association (now called the Transportation Alliance) convention in Las Vegas to participate in a panel about autonomous vehicles. Talking with attendees after the panel, I was blown away by how adaptive, entrepreneurial and tenacious the owners of mom and pop transportation companies were, learning that they were maximizing vehicle utilization by juggling Uber and Lyft rides, Postmates and Amazon deliveries, medical transportation and their own local taxi business.

Those conversations sparked an thought about Uber's potential autonomous future, which might have some bearing on its post-AB5 dilemma. Since Uber is "asset light" and not experienced in fleet management, it wouldn't want to own its own AV fleet... so what if it offered franchise agreements with companies that own and operate their own AVs? As Uber's business matures, a consistent fleet size will become increasingly valuable and when the work isn't there its franchisees could stay busy delivering packages or meals.

If that model could work for autonomous vehicles, and some version of it will if Uber is to remain asset-light in the autonomous age, it can work for human drivers as well. In post-AB5 California, for example, Uber could contract with new or existing companies of all sizes for fleet coverage in certain areas, with drivers themselves either employees of, or partners in, the contracting company. Though this would doubtless cause some of Uber's costs to rise, it would keep drivers off their employment rolls and provide the consistency and quality of service that it's currently spending $5.4 billion per year in incentives to preserve.

Sure, Uber would effectively be allowing drivers to collectively bargain, but mobility contractor companies could still compete against each other and thus create market functions. All Uber would be losing is the ability to pit individuals against each other, and lead the most desperate or gullible through a maze of incentives set up to maximize Uber's gain. Ultimately, that's not a sustainable approach anyway given the turnover problem and the PR hit that comes with each crime committed by a particularly desperate driver.

Uber is hardly the only company struggling with the transition from VC-funded "hypergrowth" to a mature business actually earning its hyped-up valuation, and it's clear that none of these transitions will be easy. That's because venture capital has created its own logic, valuing fruit fly-like growth at all costs rather than the creation of a truly sustainable business. If you can successfully engineer an "exit" while the hype is still strong enough, it doesn't matter how many fundamental problems or unsustainable practices were piled up inside the company along the way.

With Uber, Lyft, WeWork and (yes) Tesla (among others) struggling to shift from VC hypeball to actual business, kicking the can down the road only raises the likelihood of their internal problems suddenly exploding into the open and creating a crisis of confidence in not just one multi-billion dollar company but a whole cohort of them. In a way AB5 is a blessing in disguise, forcing Uber into a confrontation with the toxic and unsustainable nature of its most important relationship (now that the VCs have exited).

Whatever approach it takes toward resolving this crisis, the most important thing is that it rebuilds on a basis that is truly mutually-beneficial. If AB5 teaches these companies anything, it's that anything less is too wobbly a foundation to build a multi-billion dollar business on.