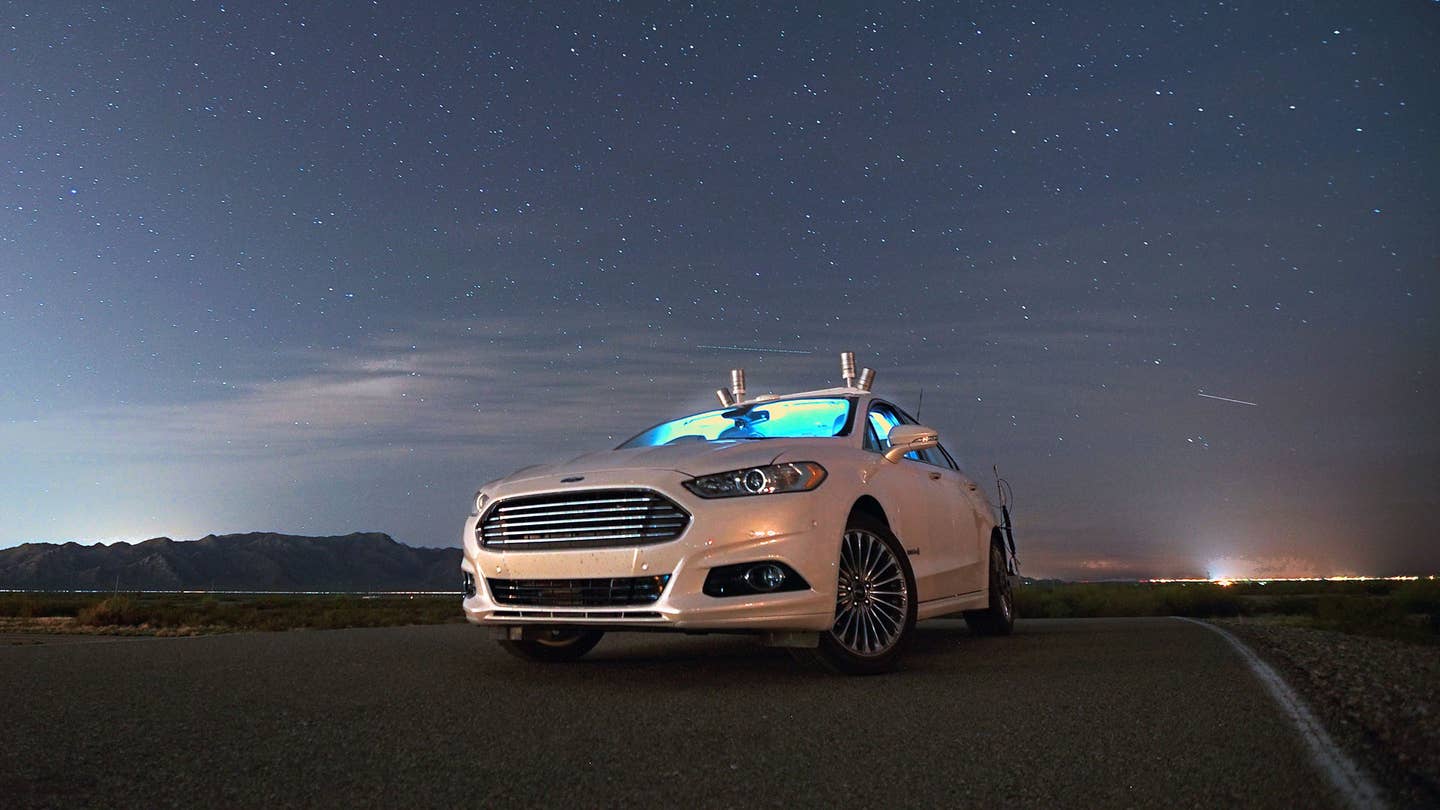 On one hand, self-driving cars seem simple: you take your hands off the wheel and your eyes off the road. Your computer-car moves its own pedals like a player piano as its tiller turns like a ghostly pirate ship. It's just like old-fashioned driving, except now, drivers can use both hands to eat Chex Mix. But this new video of Ford's autonomous Fusion sedan driving happily, lights off, in pitch black proves otherwise: robot cars are playing a whole different ballgame.

Much of the footage the press and the public have been provided shows radar-equipped autonomous vehicles traversing sunny California highways. Cute. But much of the United States, and the world, is a mess of mountains, darkness, sleet, ice, and gravel. So Ford and other outfits are putting their driverless vehicles into tougher terrains. Most recently that includes a test under cover of darkness at Ford's Arizona proving grounds. While many systems use stereo cameras that require light to function, Ford is testing a car with LiDAR, which determines its location and trajectory using infrared laser beams at the rate of 2.8 million pulses-per-second. In conjunction with a database of 3D maps, the moderately unsettling Fusion was able to do a complete (and swift!) racetrack lap in near-total darkness. Like electronic stability control before it, this technology does better than replicate human ability—it supersedes it.