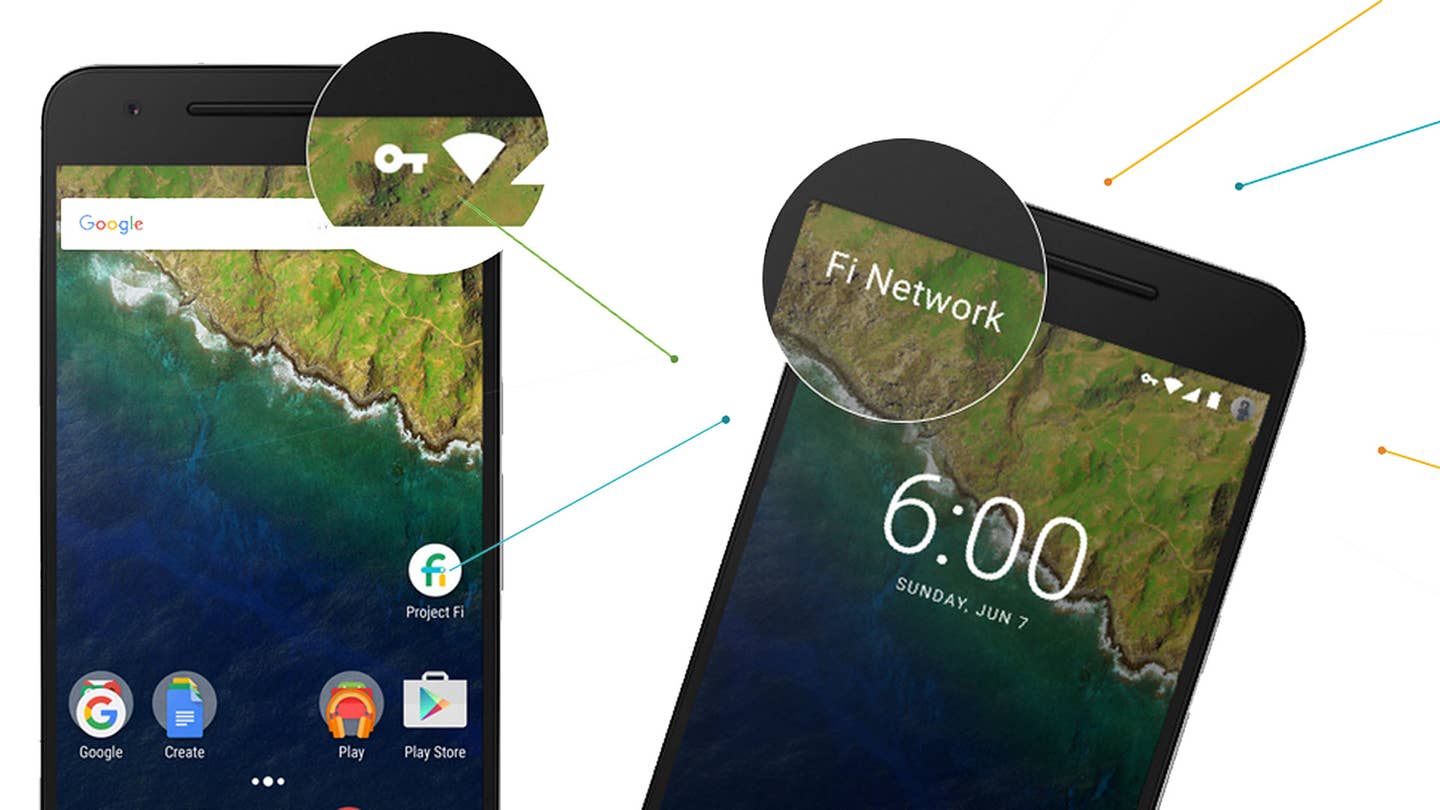 Google’s Project Fi is simple. It lets you make and receive calls over a Wi-Fi-only connection using your existing phone number. Ditto texts. If that doesn’t sound revolutionary, think about the status quo: Your carrier may let you use Wi-Fi for both texting and calling, but often they’re still dinging you for data usage, and therefore docking your plan even though you’re not on their network. They’ll argue that this is a “service,” because their crap cell signal isn’t robust enough to support a clear call, but if you’re at home that means you’re likely paying the cable company for Wi-Fi access and paying phone carrier for a cell signal they’re not providing. If something smells ripe about that arrangement, Google feels you.

They also lent me a pre-release Fi phone to test this past week while I was traveling in Europe, just ahead of Fi's release to any user with a Google Nexus 5X/6P or Nexus 6 phone.

Why does travel matter? Because whether you’re at home or abroad—or in the wide-open country on a year-long road trip—Fi uses millions of open Wi-Fi networks to seamlessly swap (and encrypt) call and text data, essentially sniffing out new networks to carry your communication. You don’t manually switch; all this swapping happens in the background as you call and text in the normal manner, wherever you find yourself, in 120 countries worldwide. In Europe I found it worked easily and fluidly even in remote reaches of northern Norway above the Arctic Circle. I was able to call home over Wi-Fi and it sounded eerily clear, as strong as a land line, and I was also able to post Instagram shots from the top of a mountain using cellular. I tethered a laptop to the Fi Nexus 6 to get some work filed, texted with friends and family, and used Google Maps to navigate.

Speaking of which, Fi also holds huge potential for drivers, because so many cars are now Wi-Fi-capable, and using the car’s more powerful cell antenna (instead of your smartphone’s) almost always results in a clearer signal—and the drawback of that system is that one typically pays both a smartphone bill and the carrier charge for the car’s cellular SIM. But if you tether a Fi phone you’re not stuck with the data ding an endemic Telco would otherwise charge on the smartphone side of the ledger.

Fi is also incredibly affordable. Domestically the charge is just $20 per month for unlimited talking and texting, unlimited international texting, and $10 per GB of data usage as a flat charge. This plan would save me roughly 40 percent over my current set-up. Fi allows you to tether a laptop or tablet to your number so you can extend texting capability from your existing number to other devices. No need for Skype or other apps, and no worry about missed communication. Going overseas also won’t break the bank because the data plan doesn’t change—still just $10 per GB, versus a company like AT&T that will charge $120 for 800MB. That's about 15 times more.

When you don’t use data, Google credits your account rather than “rolling it over,” a.k.a. you’re only paying for what you use and you’re not tied to an annual contract.

The kicker: Project Fi is coming to cars, because Google is going to sell data-only SIMs that would let you have both a Fi phone and a Fi SIM in your car—kicking “The Man” in both shins for good measure.