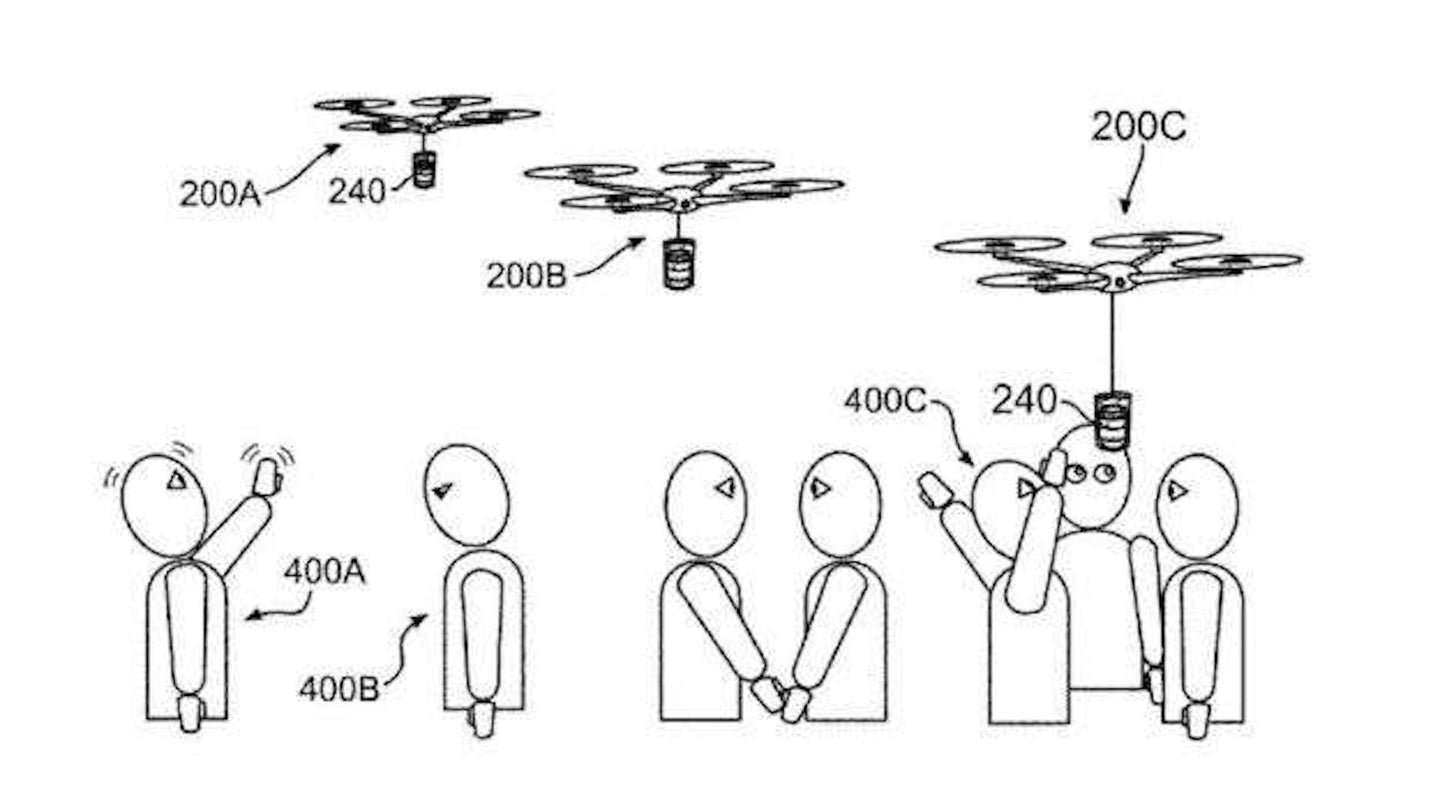 IBM has filed a patent for a coffee delivery drone that could feasibly assess whether an individual was tired enough for a caffeine boost by analyzing biometrical data such as pupil dilation, blood pressure, and facial expression.

As the patent application describes, the process would have a drone navigate popular areas and scan for anyone “who has gestured that they would like the drink, or for whom an electronic analysis of the sensor data indicates to be in a predetermined cognitive state. The UAV then flies to the individual to deliver the drink.”

According to Popular Mechanics, the aforementioned sensor data would be comprised of facial expression and pupil dilation garnered through the drone’s camera, with data such as blood pressure being relayed through an “electronic processing circuit,” such as your standard FitBit or other Internet of Things devices connected to your smartphone. This would also include valuable information such as when you got up in the morning. When all else fails, of course, you’d be able to simply wave the coffee delivery drone over, and get your grande latte without the need for sharing such data.

Not everyone drinks coffee, of course, and IBM’s patent has wisely considered that fact in its patent by including an alcohol-centric system which would essentially use the same biometric readings but assess them differently. If you’re too drunk, for example, the unpredictable movement or incoherent speech would have the drone serve as a responsible bartender and cut you off from waving over another drink.

While IBM’s patent is still a ways off from actually being used in our contemporary day to day where getting a cup of coffee (or beer) is as easy as tying your shoes, it’s certainly an interesting prospect for a future where standardized drone deliveries are as normal as our collective caffeine consumption. Of course, we’d all have to agree that we’d want to live in a world where coffee breaks and much-needed bar conversations have come to an end, and drones deliver us our quick fixes so we can get back to work.

When unmanned aerial deliveries actually are implemented in major metropolitan environments, and camera-drones do routinely whir above our lives, automatically receiving a coffee or beer via drone after your first yawn or mention of beer might actually be welcomed, and financially rewarded by some of us. Until then, this is yet another conceptually interesting patent that has yet to be granted by the United States Patent and Trademarks Office.