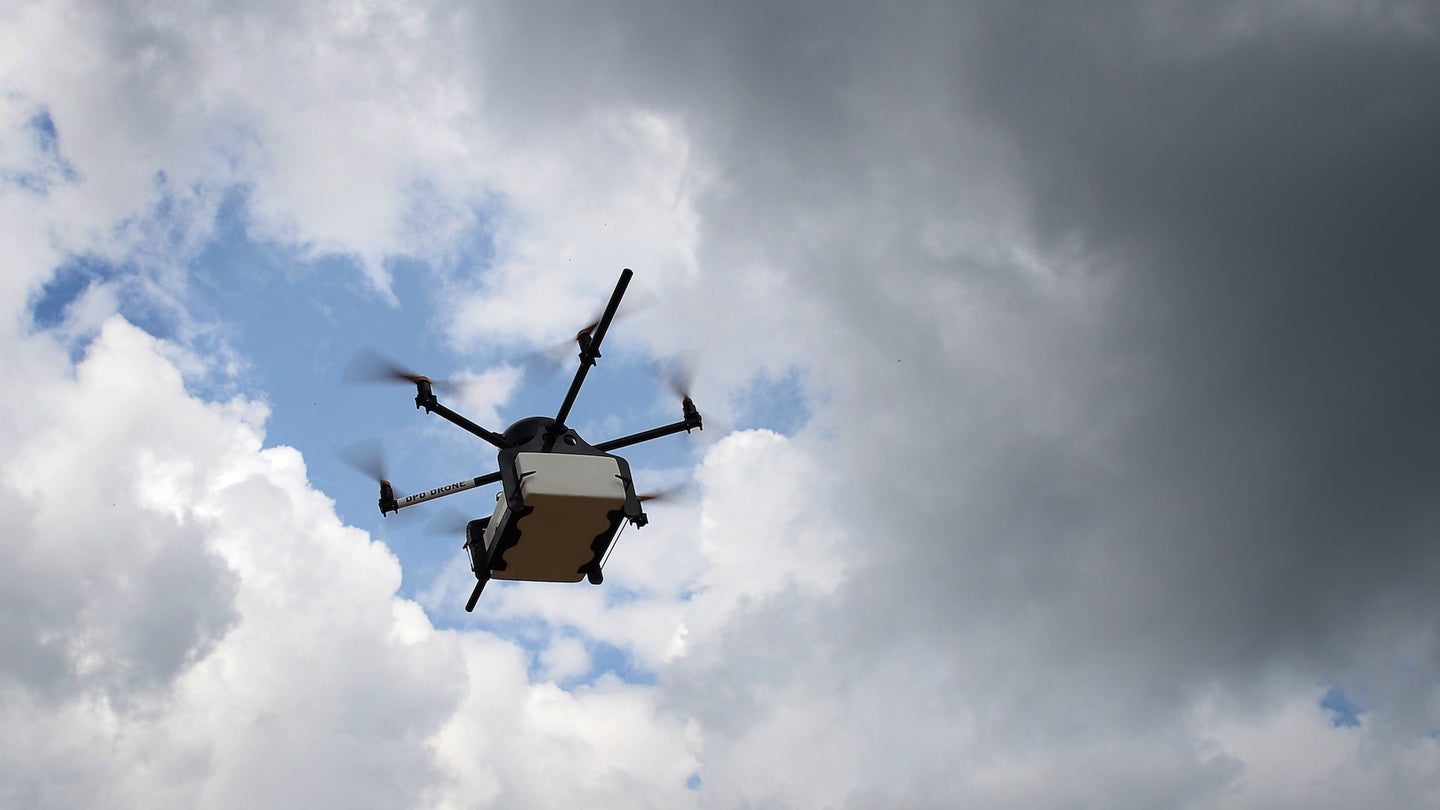 Amazon filed a new drone delivery-related patent with the United States Patent and Trademark Office on Tuesday. The document (which includes, perhaps, the most comical illustration Amazon has ever used) first noticed by Geekwire details unmanned aerial vehicle technology that can recognize and react to human gestures such as arm waving, and audible inputs like speech.

We have seen Amazon focus on interactive deliver drones before, as evident by the company’s 2017 patent which describes a UAV that would “conduct a speech dialog with a nearby person.”

According to the patent itself, this concept isn’t an entirely new strategy, and essentially builds upon Amazon’s continued focus on “human interaction with unmanned aerial vehicles.” We’ve been reporting on the company’s filings for quite some time now, and this frankly just seems like a logical next step in the tech giant’s evolution toward refining its user-friendly delivery drones.

That doesn’t mean it’s unimpressive, however. As the accompanying illustration conveys, would the application lead to actual implementation, Amazon’s customers could eventually wave their arms at the UAVs to command them not to come any closer, or audibly command them to complete other, yet unspecified tasks.

The patent lists Frederik Schaffalitzky of Kirkland, Washington as the inventor. Though we don’t know much about the man, his LinkedIn profile tells us he was formerly a Principal Research Scientist at Amazon and is currently a Principal Engineer at Apple.

Regarding the use cases here, this seems like one of Amazon’s more feasible ideas. With delivery drones undoubtedly filling our skies in the very near future, companies eager to join the aerial delivery industry would do well to prepare. Patenting technology that allows for customers to partially control the drones delivering items to their doorstep is a smart move, as it would likely give the customers a sense of safety, agency, and satisfaction.

Whether the commands are restricted to a basic set of actions such as not to deliver, to back away, or to drop the package, or if this technology will provide for a more sophisticated set of commands, is up in the air. In any case, we’ll have to wait and see if this actually finds its way into tangible reality, or remains filed in the U.S. Patent and Trademark Office, unused. We’re betting on the former.