Video evidence can be used to combat crash-for-cash schemes. 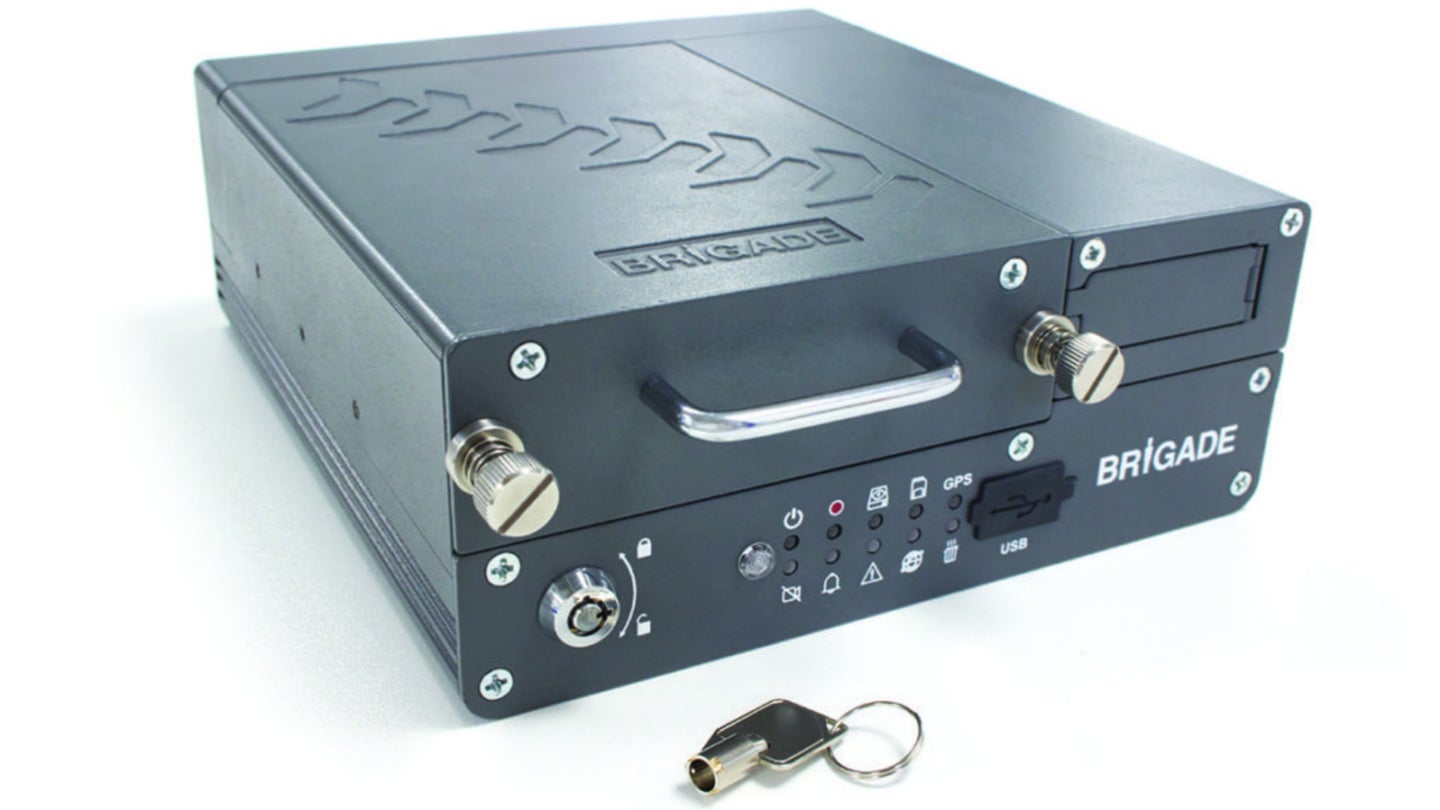 The MDR-500 Series has a high-definition picture feed, 4G mobile network connectivity, and a GPS system that allows vehicles to be tracked in real time. The system can store footage from up to eight vehicle-mounted cameras that can be used to assess blame in accidents. One of its main functions is fighting crash-for-cash scams—wherein fraudsters induce an accident to blame an innocent driver and then collect on insurance (for instance, by braking aggressively for no reason so that the following driver rear-ends them).

These schemes and other fraud cost the insurance industry about $20 billion a year, a spokeswoman for the company stated. The Auto Insurance Center has noted that states such as Florida and New York are especially prone this type of fraud, partially due to their no-fault auto-insurance laws which make it easier to collect payments, but also because their traffic density provides more opportunity for crashes.

The scams are also an issue in Great Britain, where Brigade is based. The Insurance Fraud Bureau, a nonprofit supporting the British insurance industry,  estimates crash-for-cash scams cost the nation £340 million a year (about $480 million).

The Brigade spokeswoman said the company's MDRs range in price from $1,318 to $2,510, depending on the number of channels, and whether they are equipped with WiFi and/or 4G wireless internet speeds. The company sells more than 7,500 units annually, across the globe, according to the spokeswoman.

Mobile digital recorder systems are available from other companies as well, including DieselBoss in Albany, Oregon, and Ace Fleet Manager, which has offices throughout North and South America.

Real-World Test: Are Drive-Trackers Worth the Potential Insurance Discount?

American Family Insurance gives you a discount if you improve your driving. But just how good do you have to be—and exactly what can it get you?