Virtual AeroGT Concept is Bell & Ross’ Idea of a Supercar

French watchmaker creates an automotive teaser for two new watches, we wonder why it didn’t debut at Geneva. 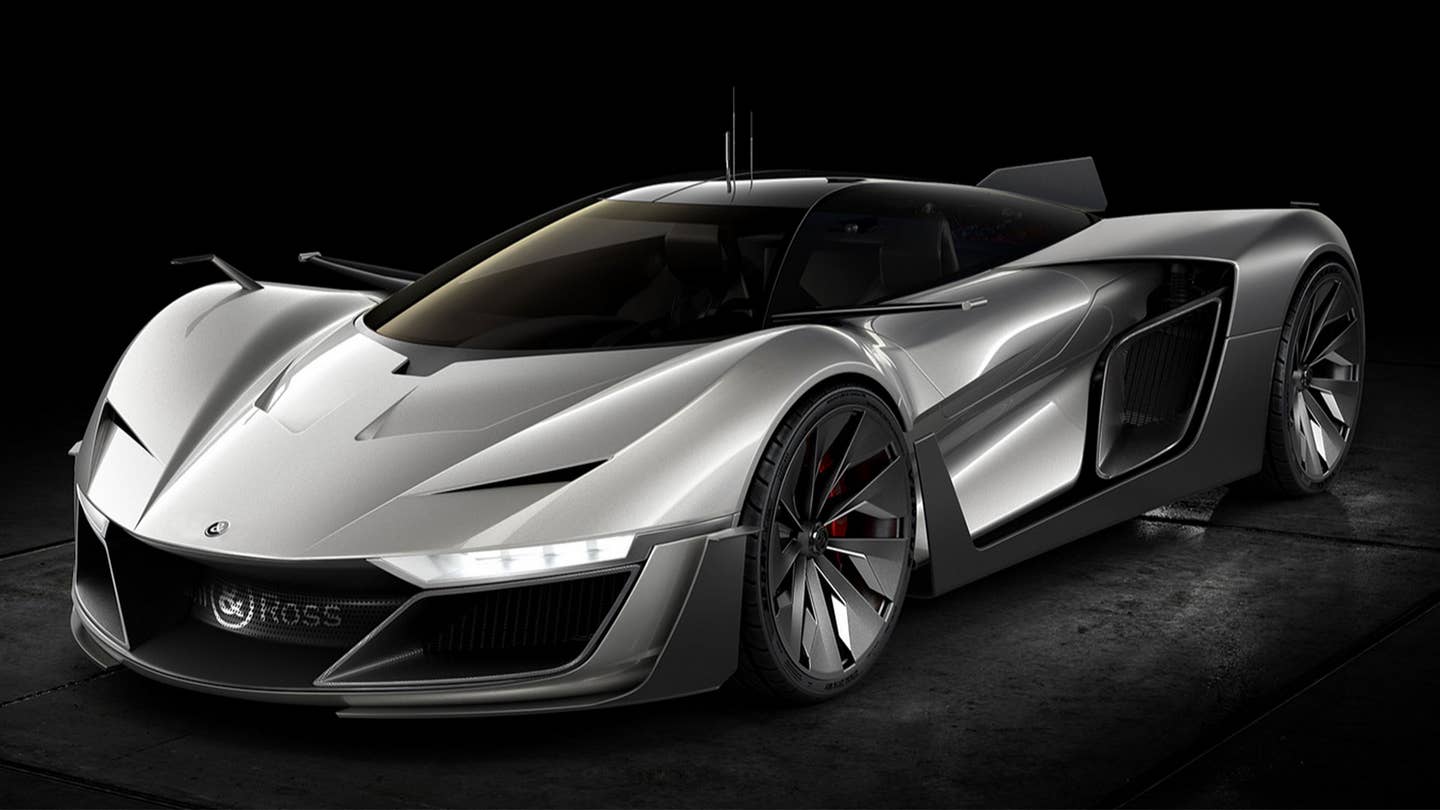 It is a glut of common interests that gets high-end watchmakers into a ménage à trois with carmakers and aviation; Breiting, for instance, is tied up with Bentley and its own “jet team,” while IWC has been associated with Junkers-52 prop planes for decades and can now be found in Mercedes-Benz’s top-tier offerings. French watchmaker Bell & Ross has aimed at aeronautic types since its founding in 1992. Yet it did something new when incorporating an automotive component to the brand at this year’s Baselworld horlogerie exhibition, creating a concept supercar called the AeroGT. Even though entirely virtual – there are no tires you can kick – it is more compelling than many of the real concepts shown by actual automakers at the Geneva Motor Show.

Creative director Bruno Belamich said the AeroGT is the union of aerospace and gran turismo motoring. Were it reproduced in atoms it would be 46.3 inches high and 180 inches long – that’s about half-an-inch lower than a Ferrari LaFerrari and a whisker shorter. There’s a teardrop-shaped canopy that extends from the hoodline to the tail, sequent to the teardrop-shaped body that tapers between two flying buttresses. The aft of the canopy is fitted with an aileron that just skyward above an open rear end dominated by two exhaust outlets detailed like thrusters. The wheels are designed to look like turbine blades, and the speedometer is fed airspeed from a pitot tube standing erect on the right front fender.

Kudos to Bell & Ross for assigning their imaginary car perfectly realistic specs. The AeroGT – fashioned of carbon fiber and aluminum, natch – is 2,995-pounds in the binary realm, gets a virtual 4.2-liter twin-turbo V8 with 602 horsepower, an eight-speed automatic, and a 0-60 mile-per-hour time of under three seconds on its way to a 200-mph top speed.

The concept is a teaser for two very real watches you can buy, the BR 03-94 AeroGT Chronograph and the BR 03-92 AeroGT. They continue the lineage of the BR 01 and BR 03 B-Rocket watches from 2014, for which Bell & Ross built a Bonneville-inspired Harley-Davidson with UK motorcycle shop Shaw Speed & Custom. The new timepieces use automatic mechanical movements behind a 42-millimeter case and skeleton dial, and are water resistant to 100 meters. The BR 03-94 is capped at 500 examples and wears a €7,900 price.