IMSA Driver on Probation Until July

Lexus racer Robert Alon went for it where IMSA says he shouldn’t. 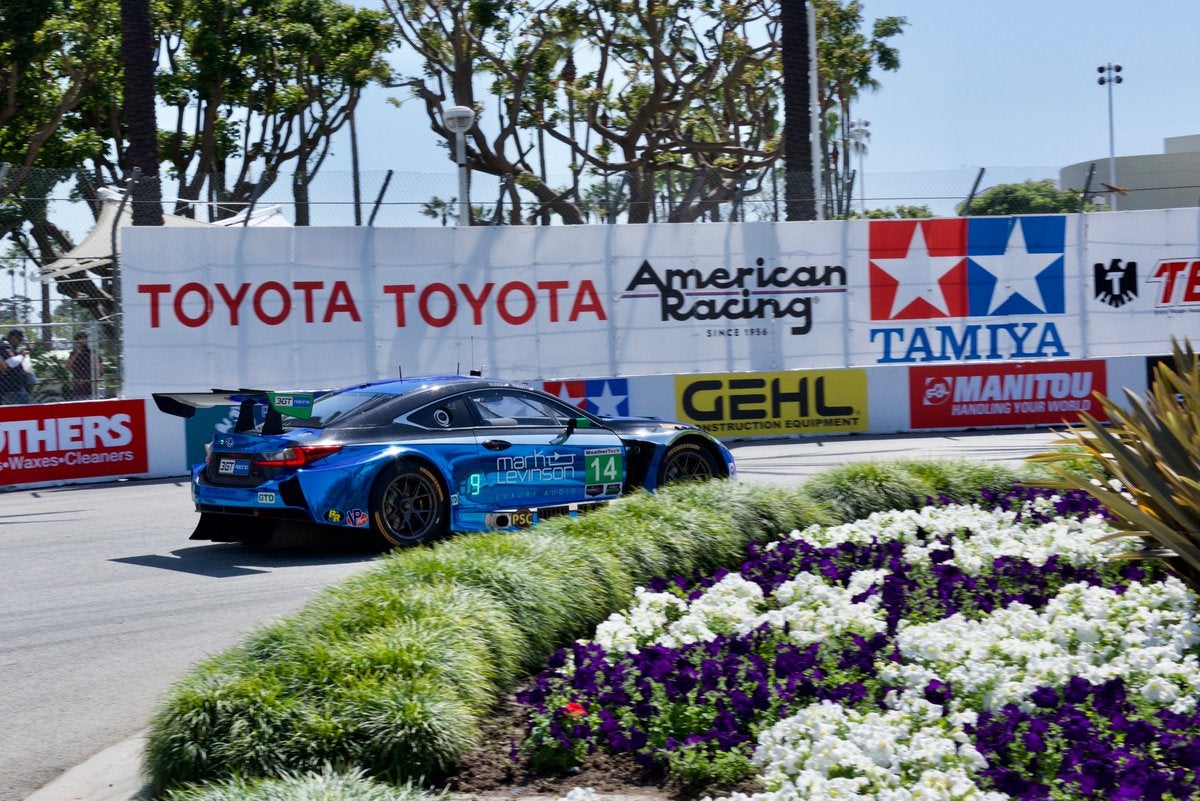 Says IMSA: “Number 15 GTD driver Robert Alon has been placed on probation for the next three IMSA WeatherTech SportsCar Championship events for his role in an incident in Turn 11 on the last lap of the April 8 race in Long Beach, California. Alon was determined to have violated Rule 30.6 (unjustifiable risk) of the 2017 IMSA Sporting Regulations & Series Supplementary Regulations for the IMSA WeatherTech SportsCar Championship.”

Says everybody else who was watching the race: “What the hell was he thinking?”

You have to give Alon, whose teammate Jack Hawksworth qualified the car in second, at least a little credit for going for it, as he dove inside of the number 96 BMW and number 86 Acura NSX at the super-tight hairpin turn 11 on the last lap of the race, sending all three cars nose-first into the wall, and creating a traffic jam where cars behind them, streaking to the checkered flag, had to come to a dead stop and wait for an opening.

So expect some very careful driving from the number 15 Lexus RC F GT3 through July. At least his team car, the number 14, pictured above, finished sixth.

The official press release from the 3GT Lexus team contained at least one priceless line: “Co-pilot Robert Alon was driving the number 15 when, in the final lap of the 1.968-mile and 11-turn street course, he found there was an incident at Turn 11.”