The incident near San Antonio took the lives of 26 people, the youngest being just 18 months old. 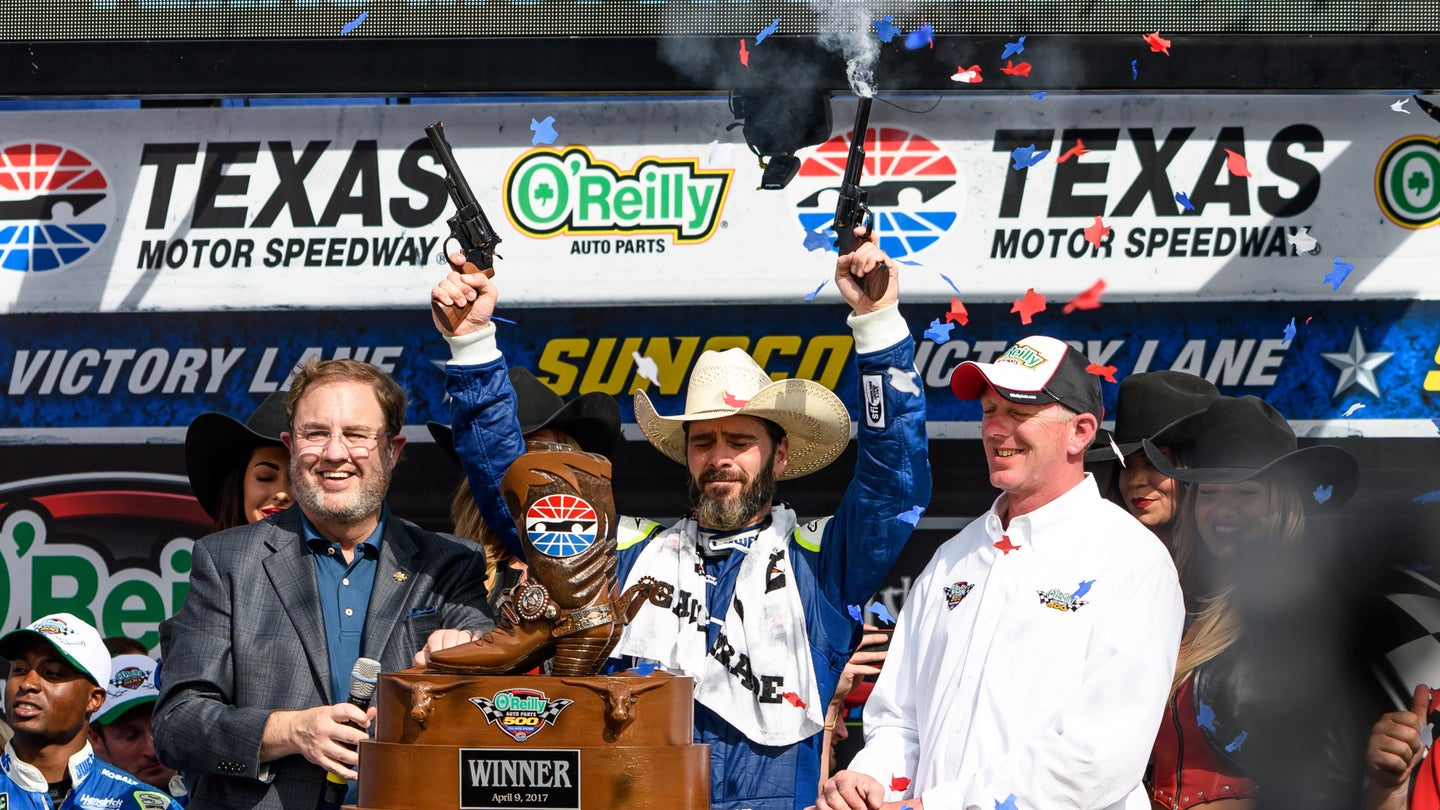 A tragic massacre that killed more than two dozen people in Sutherland Springs, Texas has sent a shockwave through the Lone Star State. As headlines flood the internet with information on the suspected shooter, those surrounded by the tragedy have observed the event in reverence, including officials at Texas Motor Speedway. In respect for the 26 individuals who lost their lives during the incident this past Sunday, the venue has announced that it will cancel post-race celebrations that include firing a pair of pistols into the air.

The racing complex's Victory Lane antics are filled with Texas-inspired commemorations including cowboy hats, flames, and fireworks. A staple of the track entails the race-winner wielding duel handguns and shooting blanks into the sky, though that portion is soon to be nixed according to Texas Motor Speedway President Eddie Gossage.

“In light of what happened, it was the respectful thing to do,” Gossage told USA Today.

Kevin Harvick took home his maiden victory at Texas on Sunday, though he left firearms out of his celebration.

This isn't the first time that the venue has faced difficulty regarding its use of pistols. Shortly after the Sandy Hook Elementary School shooting in 2012, the track fell under scrutiny as it continued to include the celebration despite protest from anti-gun activists. The National Rifle Association also served as a title sponsor for the race during that time, leading to further controversy within the community.

This year marks the first in 20 years that guns weren't used in the Texas event's ceremonies.

NASCAR cars are known for rubbing fenders, this one looks like it will buff out.