Hamilton continues to raise the bar for the all-time Formula 1 pole record, and advance toward his fourth world title. 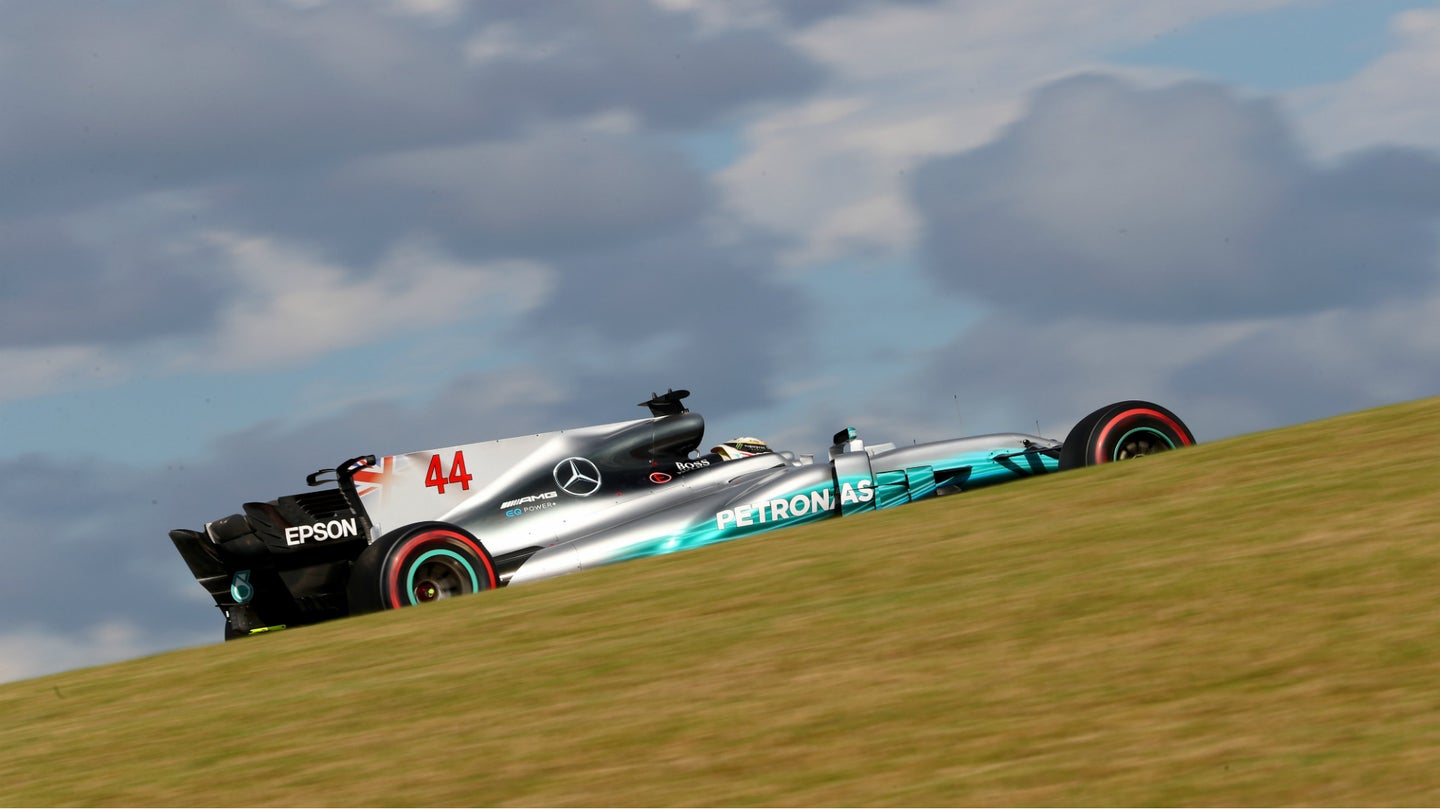 Saturday, October 21, Austin, TX. Lewis Hamilton of Mercedes soared to his 72nd career pole position after qualifying for Sunday's 2017 United States Grand Prix. His fastest lap, a 1:33.108, marks the second time a new COTA lap record has been set this weekend, as he beat his own 1:34.668 set in Free Practice 2 on Friday. This pole position also moves his all-time pole record up another peg, as he matched Michael Schumacher's then-record of 68 in Belgium, before busting it the following weekend in Italy. Hamilton breaks another Schumacher record this weekend, too, with his 117th front row start, besting Schumacher's 116.

It allows him a prime opportunity to further increase his championship lead on Ferrari's Sebastian Vettel, 57 points behind, whose season started strong, but was marred by a mix of reliability issues and mistakes made under intense pressure.

Vettel shares the front row with Hamilton, and are succeeded down the next two rows by a split of friends and foes. Mercedes' Valtteri Bottas shares the second row with Red Bull Racing's Daniel Ricciardo, and the third row is split between Kimi Räikkönen and Max Verstappen. Ricciardo continues his streak of out qualifying his teammate at COTA every year since 2013, despite facing strong opposition from Verstappen so far this season.

Both Force India drivers appeared in Q3, with Esteban Ocon starting P7, and Sergio Perez P10, pipping Williams' Felipe Massa at the last moment. Carlos Sainz, in his first race with Renault, outqualified his teammate Nico Hülkenberg, and placed one position ahead of fellow Spaniard Fernando Alonso, who dragged the underpowered McLaren-Honda MCL32 kicking and screaming to a P8 result.