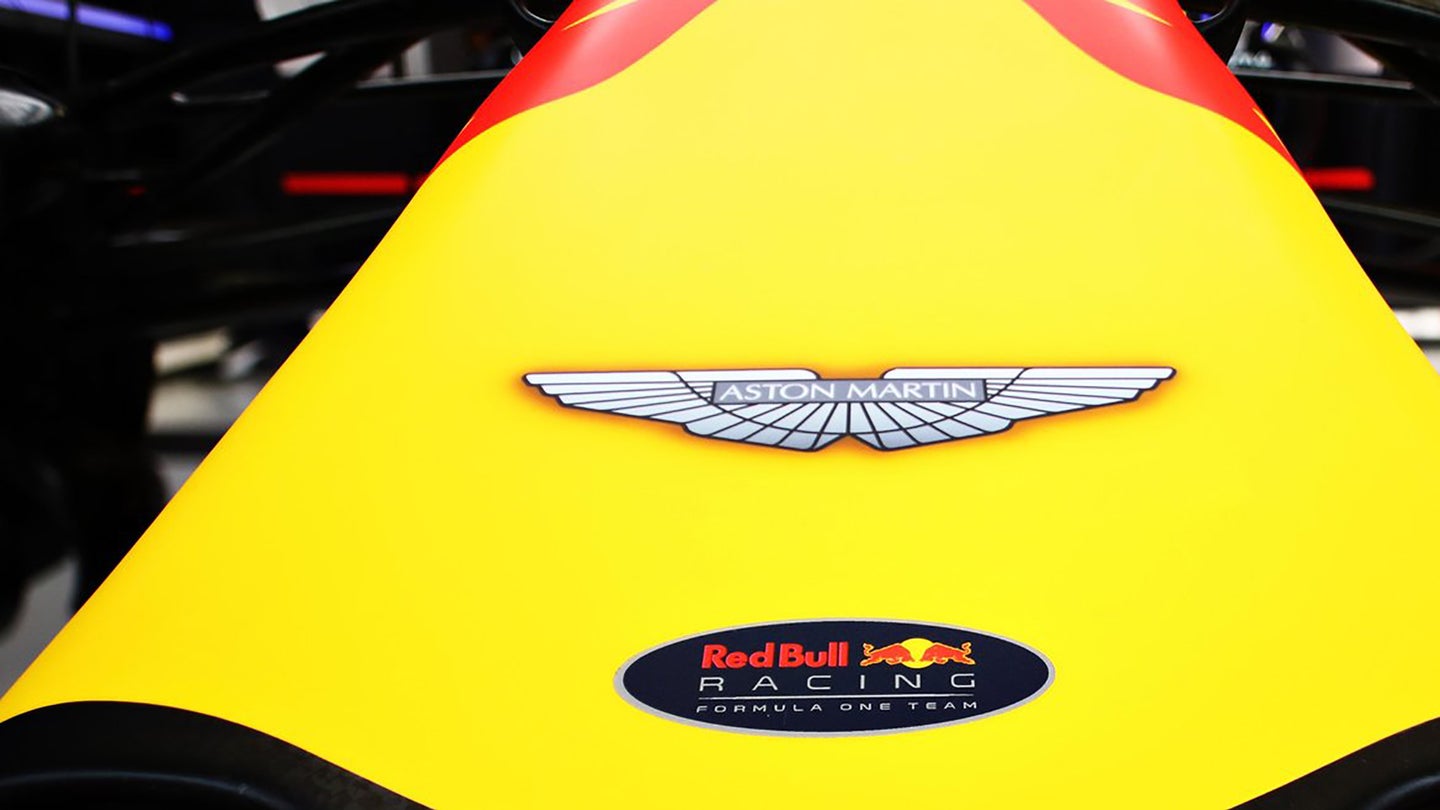 Red Bull and Aston Martin have taken their partnership to the next level, as Aston will become the F1 team's title sponsor in 2018. Red Bull officially confirmed the rumored deal on Monday.

The two started working together less than two years ago, when Aston badges appeared on the Red Bull cars. At the same time, work began on the Aston Martin Valkyrie which was designed and built by the two companies.

Now, going a step further than just title sponsor, there is speculation that Aston Martin could become an engine supplier for Red Bull and Formula 1. First and foremost, Red Bull is building a new facility at its Milton Keynes headquarters that will be home to 110 Aston Martin designers and engineers. It is here where, working with their partners at Red Bull, they will design and build the successor to the Valkyrie.

With a new engine formula coming in just a few seasons, this strategically places Aston to become an engine supplier. Much like the Mercedes AMG Project One and even the Ferrari F40 and F50 years ago, the power unit in the Valkyrie successor is likely to be very Formula One inspired. If Aston is going to make an F1 engine, the automaker will have the benefit of using the Valkyrie as a platform for testing and development of a similar power unit.

It's a very logical and business-savvy move. Making an engine solely for Formula 1 is a financial nightmare. But if you can subsidize part of that cost by putting a similar power unit in a multi-million dollar road car, the financial burden is significantly less. And frankly, how long do you think Aston Martin is going to let it's F1 car be powered by Renault?

No offense meant, but I think even the good folks over at Renault are probably thinking the same thing. An Aston Martin-badged F1 car powered by Renault just seems silly. Both companies make many fine products and we'd rather see them fighting each other on track than for sponsor space on the side of a car.

Andy Palmer, Aston Martin President and CEO said in a press release, "The power unit discussions (in Formula 1) are of interest to us, but only if the circumstances are right. We are not about to enter an engine war with no restrictions in cost or dynamometer hours, but we believe that if the FIA can create the right environment, we would be interested in getting involved."

There is a lot of outside interest from various players in becoming engine suppliers for Formula 1. Hopefully, the folks at the FIA and at Liberty Media are taking note of all this. There are companies ready to jump to make Formula 1 amazing again. Aston Martin is literally moving into an F1 team's factory. We hope this isn't a lost opportunity on F1's part.

Until then, we'll enjoy watching the Aston Martin Red Bull Racing TAG Heuer by Renault cars try to fight for the title in 2018. See, just having to say that aloud should be the catalyst for change in Formula 1.