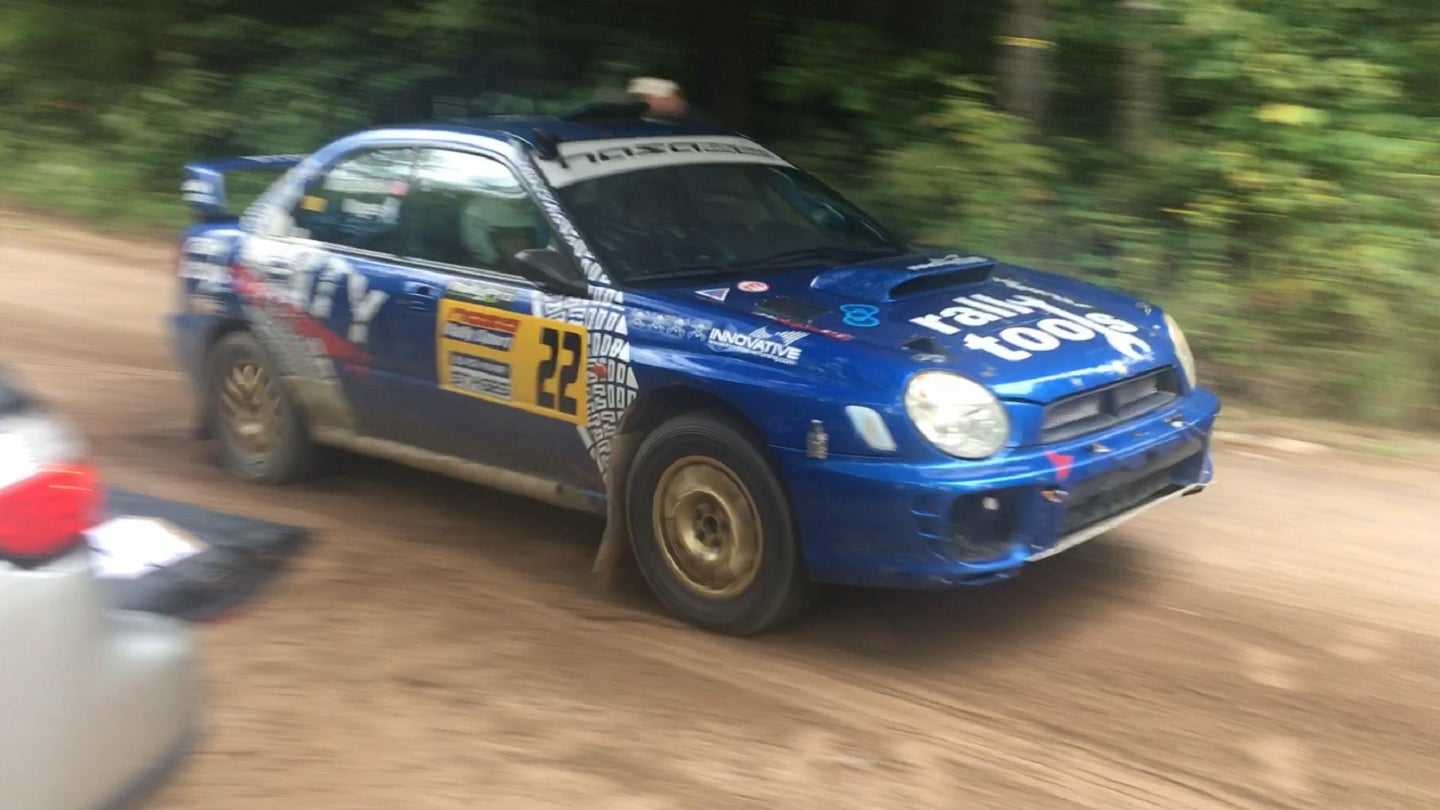 For Dirty Rallysport, Upstate New York has always had a dark cloud. Starting with their first entry there in 2011, the team has encountered major difficulties during the Black River Stages rally, only finishing once in 2014 with great damage to their Subaru WRX, as well as to driver Eric Wages. But on Saturday, Dirty Rallysport not only broke the curse, they utterly demolished it. Wages and co-driver Sarah Montplaisir not only won their Open All-Wheel-Drive Heavy class, they also took the overall win, as well as winning all twelve stages along the way.

In 2011, Wages got a little bit too sideways on the final stage of the first night of the rally and hit a rock with his left rear tire. This bent both rear struts, all lateral links, and split the body seams in the left trunk area. The crew toiled until 3:00 in the morning to make repairs until Wages gave the "do not resuscitate" order to avoid a kludge fix that would prevent a proper repair later.

The official reason given to NASA Rally Sport for their retirement at the 2012 event was "Engine could not contain the awesomeness." They burned a hole through a piston, destroying the engine early in the rally and forcing them to withdraw. In 2013 their carrier bearing failed on the center prop shaft, causing it to bounce around the transmission tunnel when out of alignment.

The team had better luck in 2014, finishing in second place overall, but at great cost. A hard landing from a jump caused considerable damage to the car, as well as to driver Eric Wages, who needed four months of physical therapy to recover from the shock to his body. After skipping Black River Stages in 2015, Dirty Rallysport failed to finish yet again in 2016 after a coil plug detached where they could not see it. Running on the remaining three cylinders destroyed the engine, but not before winning a number of stages despite their reduced power.

This year, the crew detected and repaired a number of small issues, any one of which could have caused yet another DNF, before the rally began. The new engine ran strong, and the team dominated the rally from beginning to end. The car still looked great at the awards ceremony. Wages and Montplaisir can finally relax, now that they have obliterated the curse that has doomed them until now.