Formula E's fifth season will bring a new car and even better racing. 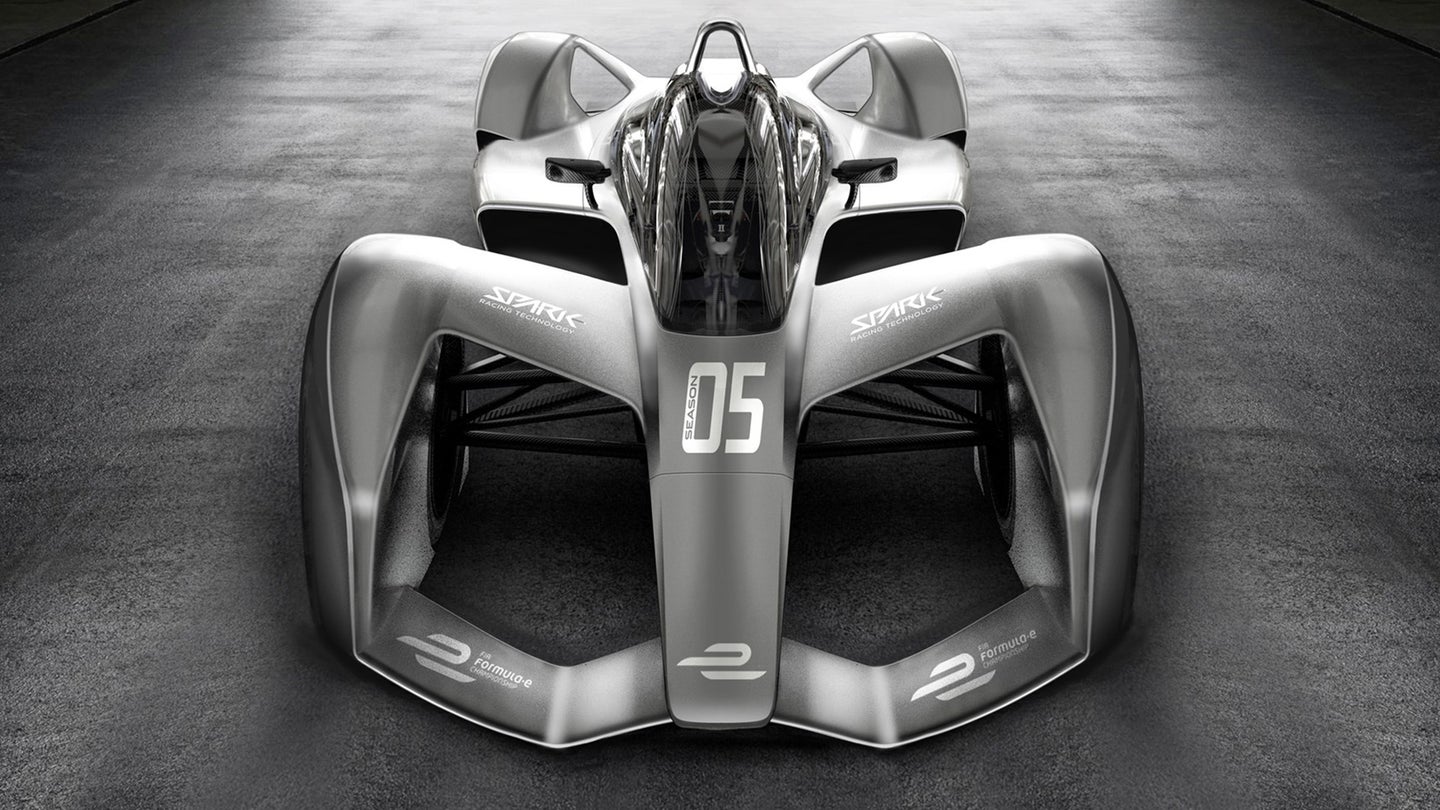 After three seasons, Formula E is finally coming into its own as a racing series. Many big auto manufacturers are on board, the series is producing very exciting racing, and its fan base is expanding rapidly. But the biggest change and challenge for Formula E will be the completely new car design that is due to debut for the 2018019 season. A successful launch of this car will ensure a strong future for Formula E.

The FIA is very confident about the 2018-19 Formula E car. It will be a vastly different car than the series currently runs and will underscore a huge milestone for the sport. The 2018-19 season is when each driver will go from two cars per race to just one. Battery technology has finally caught up to the lofty expectations of Formula E.

As far as the 2018-19 car goes, FIA President Jean Todt says to expect some "surprises."

"We like to make some good surprises and this will be a good surprise with new safety and technology on the car," Todt told Motorsport.com "The big change is only having one car and for me Formula E is a visionary category in motorsport."

Currently, each Formula E driver uses two cars per race. Within the confines of an open-wheel race car, there is only so much room for a Formula E car's array of batteries, and those batteries can only hold so much power, hence the pit stop for a new car with a fully charged battery. With new batteries comes the ability for the car to go the race distance. Sure, the current Formula E car could go a full race distance, but it would be lapping well below race speeds.

The new battery will be rated at 250-kW peak power limit with 54 kWh of usable energy, which is up from the current specs of 200-kW and 28 kWh. The new battery will also weigh a little more, going from 441 pounds to 551 pounds. The new car design will help to offset that. Spark Racing, who makes the car, says it will be about 10 percent lighter and will even more aero-efficient.

Some of the "surprises" that Todt referred to include using a venturi instead of a standard rear wing. The original renders of the 2018-19 car showed it with an enclosed cockpit, but it seems that Formula E may be opting for something more like the Formula One Halo.

The current design concept for the 2018-19 Formula E car looks fantastic. It is a step in the right direction for the series. One may notice some similarities to the new 2018 IndyCar body kit. Dallara will be building the chassis for both and had a hand in designing both.

The final version may look slightly different than the current render, but the bulk of it should remain the same. The 2018-19 car will begin testing in October. Each manufacturer will receive one car in early 2018 to begin their own testing.

Using one car per driver during a race will go a long way in winning over or at least silencing the last of the series' detractors. It's taken some people a little longer to grasp the concept of Formula E and the necessity of the car-swapping pit stop during its early years. In only a handful of seasons, the series has matured and the 2018-19 season will be the final step in that process.