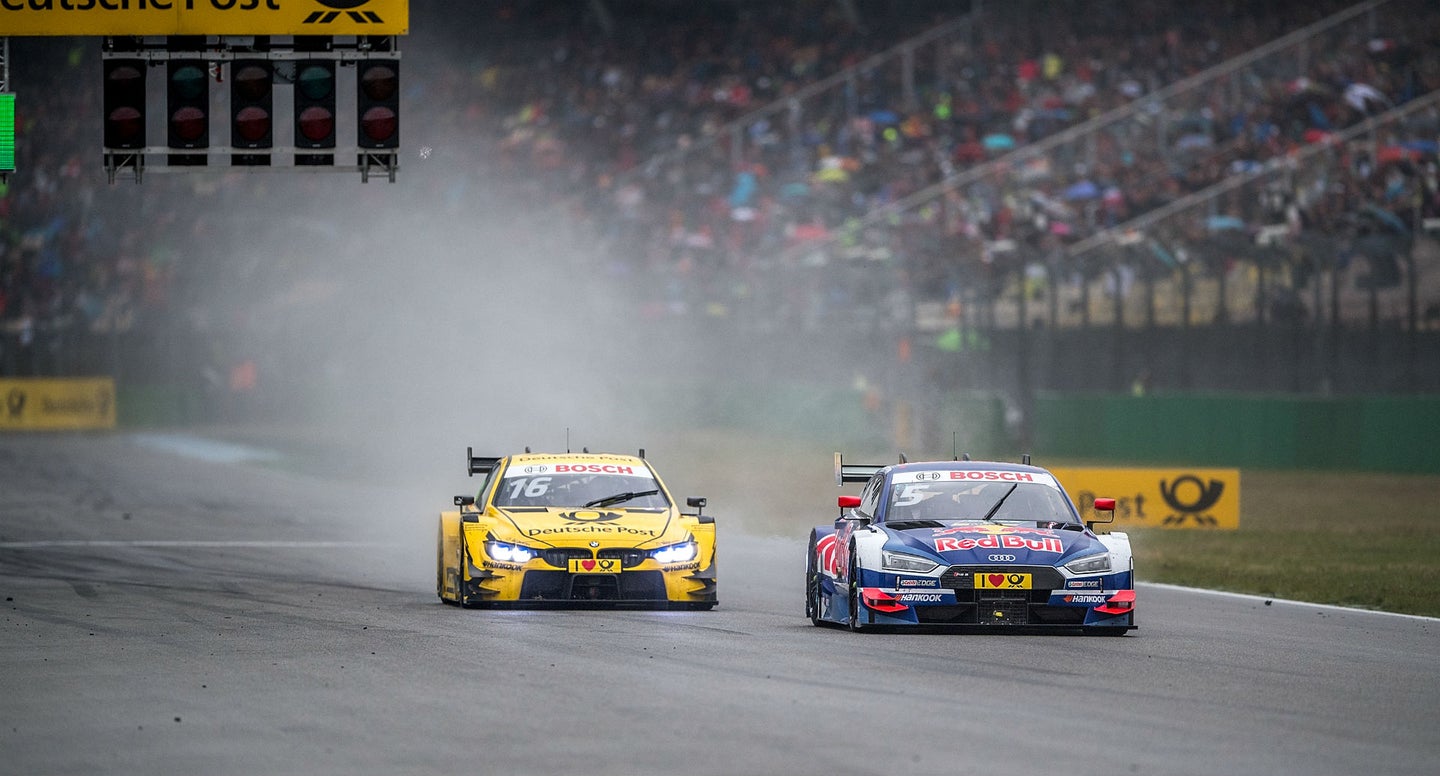 Mercedes-Benz sent out a shockwave over the weekend by announcing it will leave its fabled DTM program behind in favor of Formula E. The manufacturer has been a German touring car long-stay, earning most of its motorsport success through the series. And while that may be surprising news to some, what may be even more crucial is the effect it could have on fellow DTM competitors BMW and Audi. According to a report from Autosport, the two manufacturers are weighing their options.

Audi director of motorsport Dieter Gass explained that DTM is important to the team, but with Mercedes exiting after 2018, the company will have to reassess the situation.

"We regret the decision of Mercedes-Benz to retire from DTM after the 2018 season," Gass told Autosport. "The consequences for Audi and the series are not clear at the moment . . . We now have to analyze the new situation with everybody involved in order to find a solution or possible alternatives to DTM."

While the marque wants to remain in the series, those are some scary words for Audi hopefuls.

Additionally, BMW head Jens Marquardt is in the same boat. He noted that Mercedes' decision will certainly change things, forcing his crew to take a step back.

"It is with great regret that we acknowledge Mercedes' departure after the 2018 DTM season," Marquardt said. "We now need to evaluate this new situation."

While Mercedes' departure may throw a wrench in DTM's system, losing another team would be fatal. Even if one of the two decides to stay past 2019, losing the other would result in a certain death, at least for the time being, of the series.

Expect DTM to be looking for new alternatives, just in case. If not, the fabled program could be headed in the wrong direction, throwing faithful fans into a hardspot after next year.

Both BMW and Audi are already all-in with Formula E, so although neither of them would drop DTM to head to the electric racing league, each of them will have pros and cons to take into account.