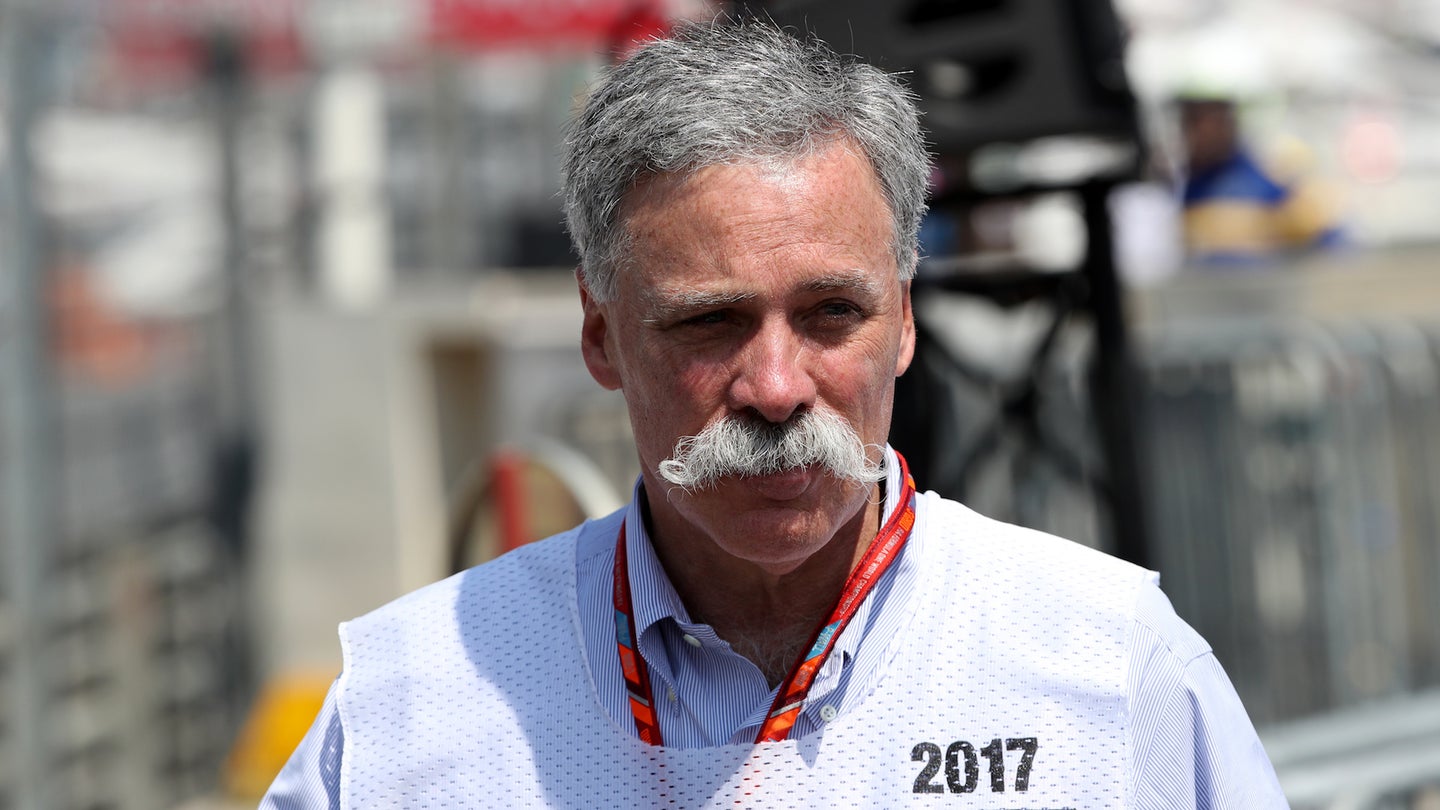 In a brief interview with German publication Sports Bild, Formula One boss and mustache aficionado Chase Carey said he would like to see more German automakers in F1. There have been rumors and whispers for years about Porsche or Audi getting ready to make the jump back to Formula One, or that their parent company, Volkswagen would even make an appearance. BMW, who exited the sport after the 2009 season, has even been tipped as being on the cusp of returning, though that is unlikely right now.

Since Liberty Media took over F1, the talk of one or more of these automakers entering Formula One, either as an engine supplier or a factory team, has increased considerably. It's more than just talk. Things have been happening behind the scenes that point to at least one of these automakers joining in the near future, probably for the 2021 season.

"We have a German champion, a German car as world champion, a German who is fighting for the title this year. The German GP has a great history and we would like to have even more German teams. In 2018 we return to Germany. And we fight for it to go on afterwards" Carey told Sports Bild. "Our goal is that such companies want to own racing teams in Formula One. We therefore adapt the technical and economic conditions."

The biggest hurdle for any automaker wanting to enter Formula One is the cost. Even as just an engine supplier, the cost is staggering. The current engine formula is complex and takes years to design and develop before it is race-ready. Honda can tell you all about that. Honda has a long and successful history of racing and winning in various forms of motorsport. Getting all the pieces right under the current Formula One regulations have been, let's say, a challenge for them.

As things stand right now, the current engine formula is set to be in place through the 2020 season. What comes next is being talked about in strategy group meetings and planning sessions. Rather than holding closed meetings with only the current crop of teams and engine suppliers, Formula One has allowed representatives from Porsche, Audi, Aston Martin, Cosworth, and others to join them at the table.

The talking points of the next engine formula are simple. Make it powerful, loud, simple, and cost effective. The complexities of the current engine have been devastating for Honda. Even Ferrari and Renault are only now coming to terms with making it work. While Formula One wants to remain the motorsport for technological innovation, There is no reason it should take five years and hundreds of millions of dollars just to design and run a competitive engine.

Porsche and Audi seem the likely candidates for an entry in Formula One. Though both under the umbrella of the Volkswagen Group, they have each been highly successful over in WEC running hybrid engines. This would be a huge advantage in getting back into Formula One. But with Audi leaning towards Formula E, it makes more sense for the Volkswagen Group to possibly divert Porsche resources towards F1. There are rumors that Porsche may not continue in WEC, which would make the timing perfect for a switch. It also doesn't make financial sense for the Volkswagen Group to run two competing teams in a sport as expensive Formula One.

If, let's say, Porsche does join Formula One, the question is would they do so solely as an engine supplier, would they run as a factory team or both?

Red Bull have been clamoring for a new engine supplier to enter Formula One. Ferrari and Mercedes have been reluctant to supply Red Bull with engines for fear of their factory efforts being beaten by a customer team. Red Bull running as the de facto Porsche factory team would be a very cost effective way for Porsche to enter the sport before launching their own in-house factory team.

Assuming that Honda sticks around, Porsche would bring the number of engine suppliers up to five. A simpler engine formula would hopefully bring the level of performance between the manufacturers closer together without having to get into any balance of performance shenanigans. As always, there is also talk of a new privateer team working to gain an entry on the grid. All of this would make for a very healthy Formula One. Given the lead time needed to make any or all of these things happen, we should probably have some concrete answers at some point in the near future.