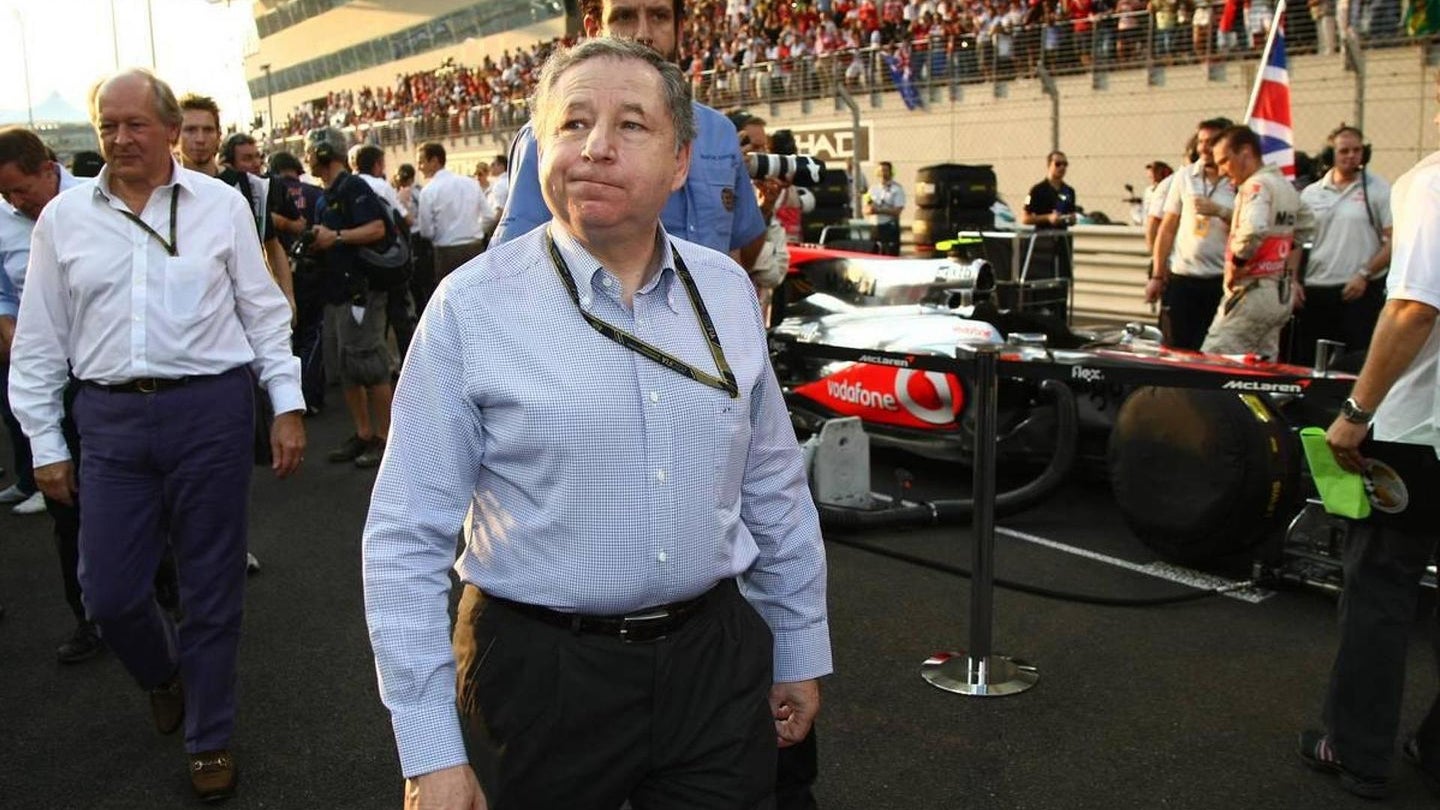 With hybrid systems rapidly earning their stay in Formula One, many have speculated if cars will one day become fully electric. It's a hit or miss concept that some can stand behind, while others are completely against it. However, if you fall in the opposing group, FIA President Jean Todt has some good news—F1 will never go all-electric, according to a report from La Presse.

When discussing the viability of electric cars in Formula One, Todt immediately dismissed it. "It's impossible ... F1 is an absolutely different discipline."

He reinforced that EVs will be reserved strictly for Formula E, a series that "is a huge step forward compared to what we [the FIA] had before." Stodt spoke in full support of the electric series as he touted its accomplishments to the French Canadian publication, telling that "We have a dozen manufacturers who want to get involved, and (we) have been approached by some of the biggest cities in the world. Today there are brands like Renault that are in F1 and Formula E."

In fact, Todt even believes that the boys from Maranello will jump on the Formula E bandwagon. He's quoted saying "I am confident that one day Ferrari will follow suit, and we would like to see that."

Regardless if that happens or not, there's no doubt that the e-Grand Prix series is gaining popularity. But as for Formula One, the FIA pres is adamant about keeping full-electric systems at bay.

Ferrari May Be Going into Formula E

Everyone is doing it, so why shouldn’t Maranello?