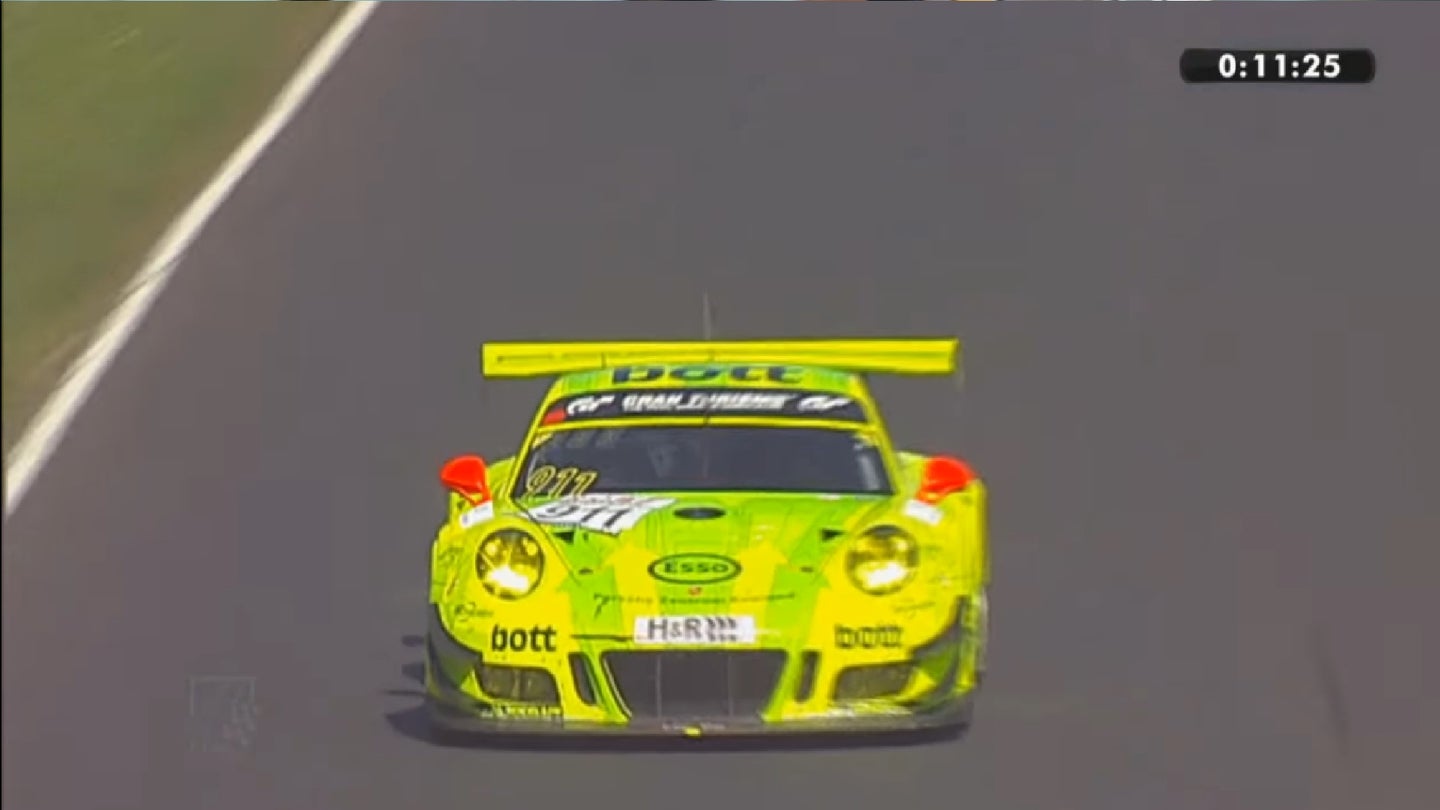 Manthey Porsche's dayglo green #911 Porsche 911 GT3 R with drivers Richard Lietz and Fred Makowiecki took their second VLN victory of the season this weekend with a spirited four hour drive through the so-called "Green Hell" of the Nurburgring. For round two, Richard Lietz stepped in to drive with Mako as Patrick Pilet was here in the US competing in the Long Beach Grand Prix (Luckily Porsche has a full roster of fantastic drivers on hand to sub in.).

Just like the first race of the season, this race victory was no cruise as they fought off competition from Mercedes and Audi. Also similar to the first race, the Manthey car took the race victory thanks to late race struggles from the car ahead of them. With just one lap remaining in the race, the top three were separated by just over four seconds with the Land Motorsport Audi R8 leading.

As it would happen, the Land car on their prior fuel stop put slightly less fuel in the tank than they ostensibly needed in order to gain track position over the #911 Manthey car. Nearly half a lap into the final lap, the Audi was forced to get off the throttle and barely made it around to the finish with an empty fuel tank.

At the checkers, the Manthey car managed to move past the now-limping Audi into the lead, and worked out a gap of about 4.5 seconds in their victory over the Haribo Racing Mercedes AMG GT3, while the Audi Sport Team WRT car finished in third.

"Admittedly, we were lucky today. On my own, victory would not have been possible. Our race was strong again. We had a good strategy and we did not make any mistakes."

"The plan for my first assignment on the Nordschleife this year was to get involved for the upcoming races.

You can watch the entire race with commentary in english right here, thanks to DriveTribe on YouTube.

Over 1 Million dollars in parts were nabbed from the team’s lot just one day after their open house event.

Sometimes Lady Luck Just Doesn’t Want To Dance With You