Which Car Should Porsche Build Continuations Of?

Jaguar recently announced that they’d be producing the ‘lost’ XKSS as a limited run of brand new cars. If Porsche were to follow in their footsteps, which model should they build? 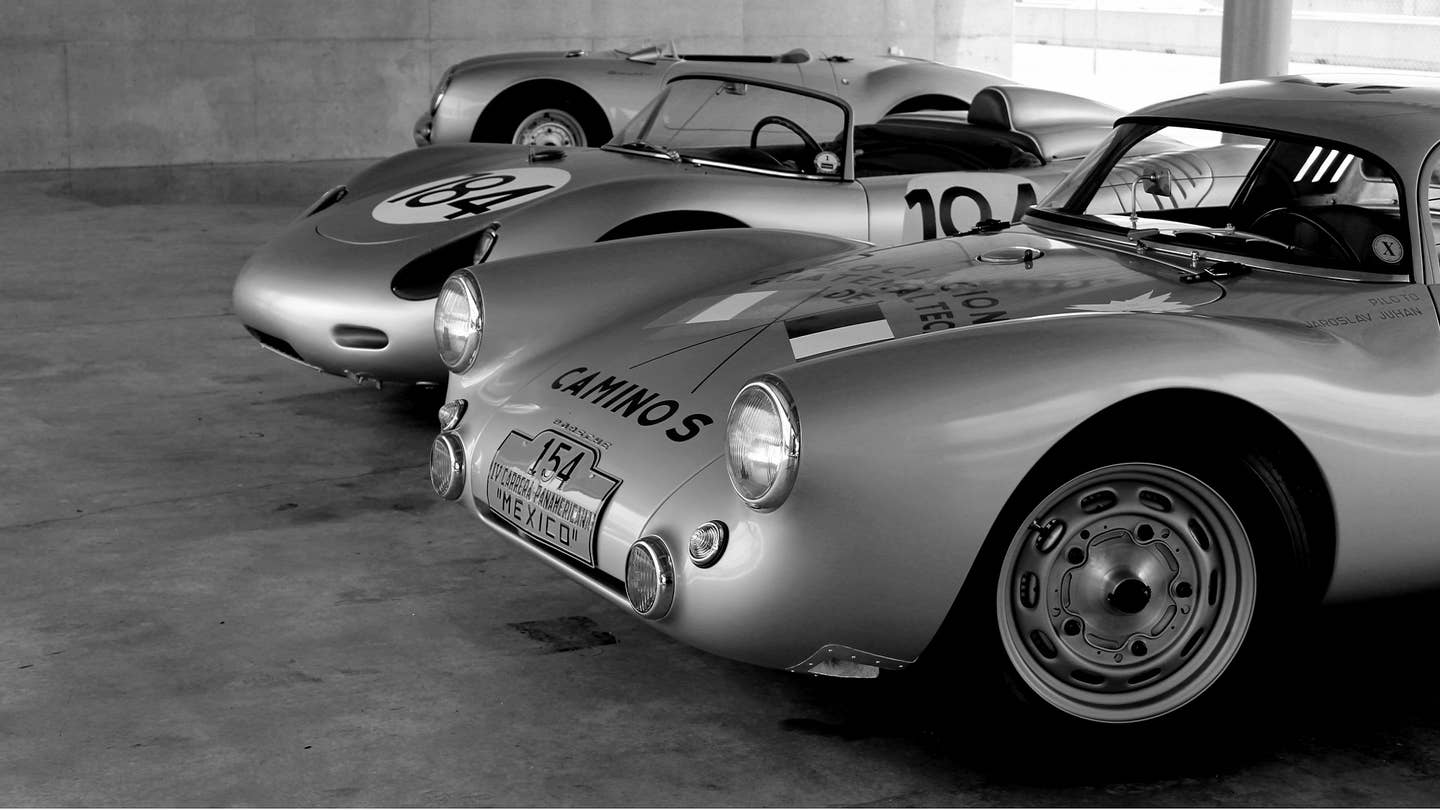 As I write this, Jaguar is displaying one of a run of nine XKSS at the Los Angeles Auto Show. Each of those cars is selling for somewhere north of a one-million pound price tag, and is hand assembled by Jaguar classic. This idea got me thinking about what Porsche could do that would be potentially a similar exercise. Obviously I don't know the legality involved in producing new versions of old cars, but this isn't the first time it's been done. Looking back more than 20 years, Datsun sold brand new freshly-restored 240Z models through their dealership network. Perhaps that is a method Porsche could take as well?

So, taking this as merely a thought exercise, which model from Porsche's past would you most like to see made available again? How about the gorgeous swooping fenders of the 550A Spyder? Perhaps you'd prefer the perfect blend of synthetic and natural curves found in the 904? Personally, I think it would be an excellent opportunity to bring back the beducktailed 1973 911 Carrera RS 2.7. Being that all of those cars regularly change hands in the collector market at the moment for somewhere well into the seven figures, a brand new iteration of any of those mentioned would be able to sell for more or less what a modern hypercar sells for. Porsche, I think it's time for action!

Nine more clones of Steve McQueen’s beloved 1957 classic are on the way.