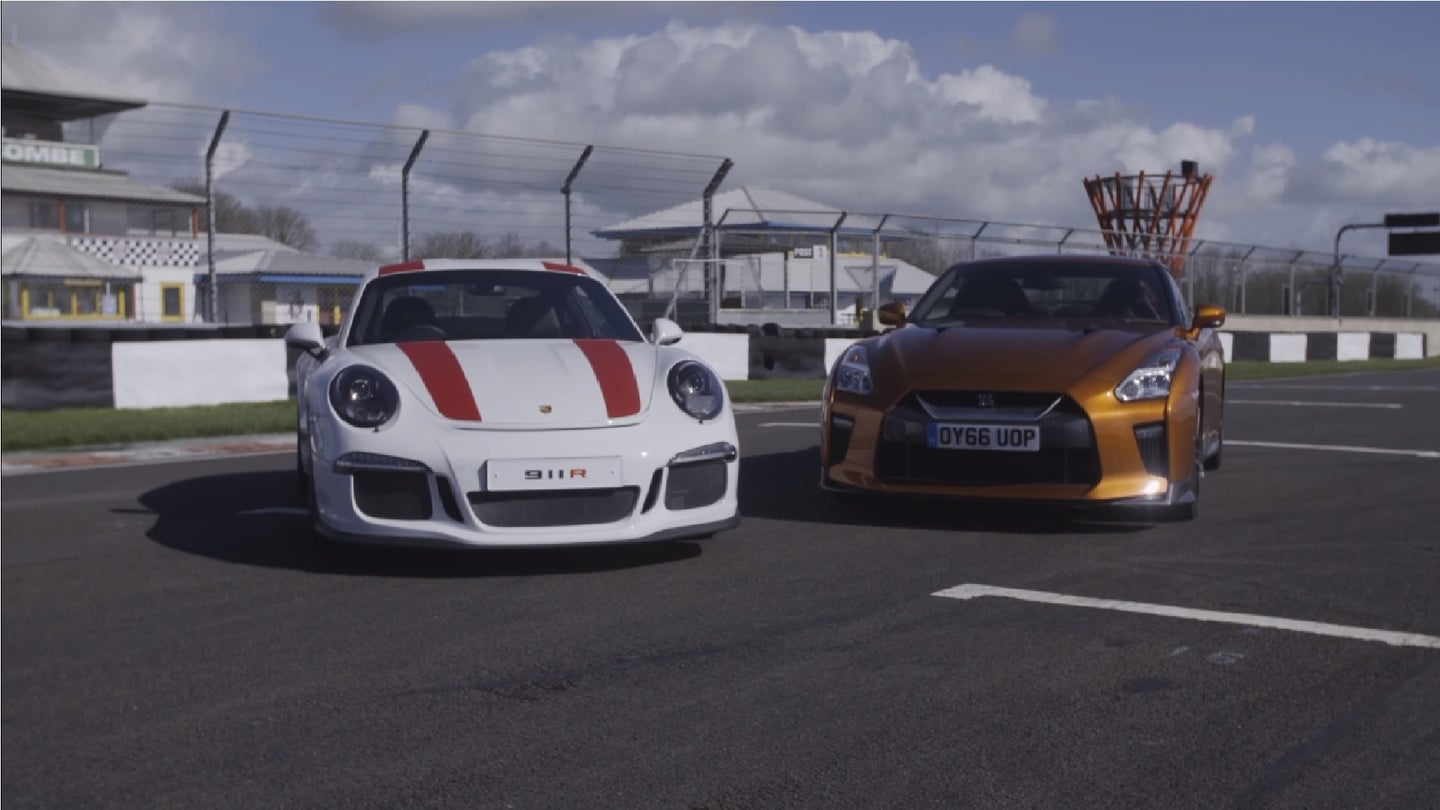 When it comes to raw and expressive sports cars, it doesn't get much better than Porsche's 911R in the current marketplace. Porsche removed a lot of the things you'd think required in a 180,000 dollar sports car, like air conditioning and sound deadening and a dual-mass flywheel. In the end, the car was made a lot better for it. It doesn't have any tricks up its sleeve, and it doesn't have anything to hide. It's a relative lightweight in the scheme of things, and it's got crazy power cribbed from its GT3 RS stable sibling. If you want a car that will respond to your inputs exactly as you deliver them, this is the one.

On the opposite side of the spectrum, Nissan has been tweaking the R35 GT-R since it was introduced ages ago, marching ever forward using science and technology to make their mega turbocharged supercar into something that performs better than it has any right to. Working around the car's massive heft, Nissan have engineered in adjustable this and active that to make the car faster and smarter and quicker than it would be otherwise. If you want the car that will do the ostensibly 'right' thing, despite what your inputs are, this is the one.

There seem to be two major schools of thought in the sports car market, and these two cars are the epitome of either argument. Some people don't care what their lap times are, so long as they're having fun behind the wheel. Some drivers determine how much fun they're having based on how many cars they pass on the circuit, even if the car does the lion's share of the work. Which one does it right for you, are you an analog or digital?