Exactly one person wanted this, so Ferrari built it just for them. 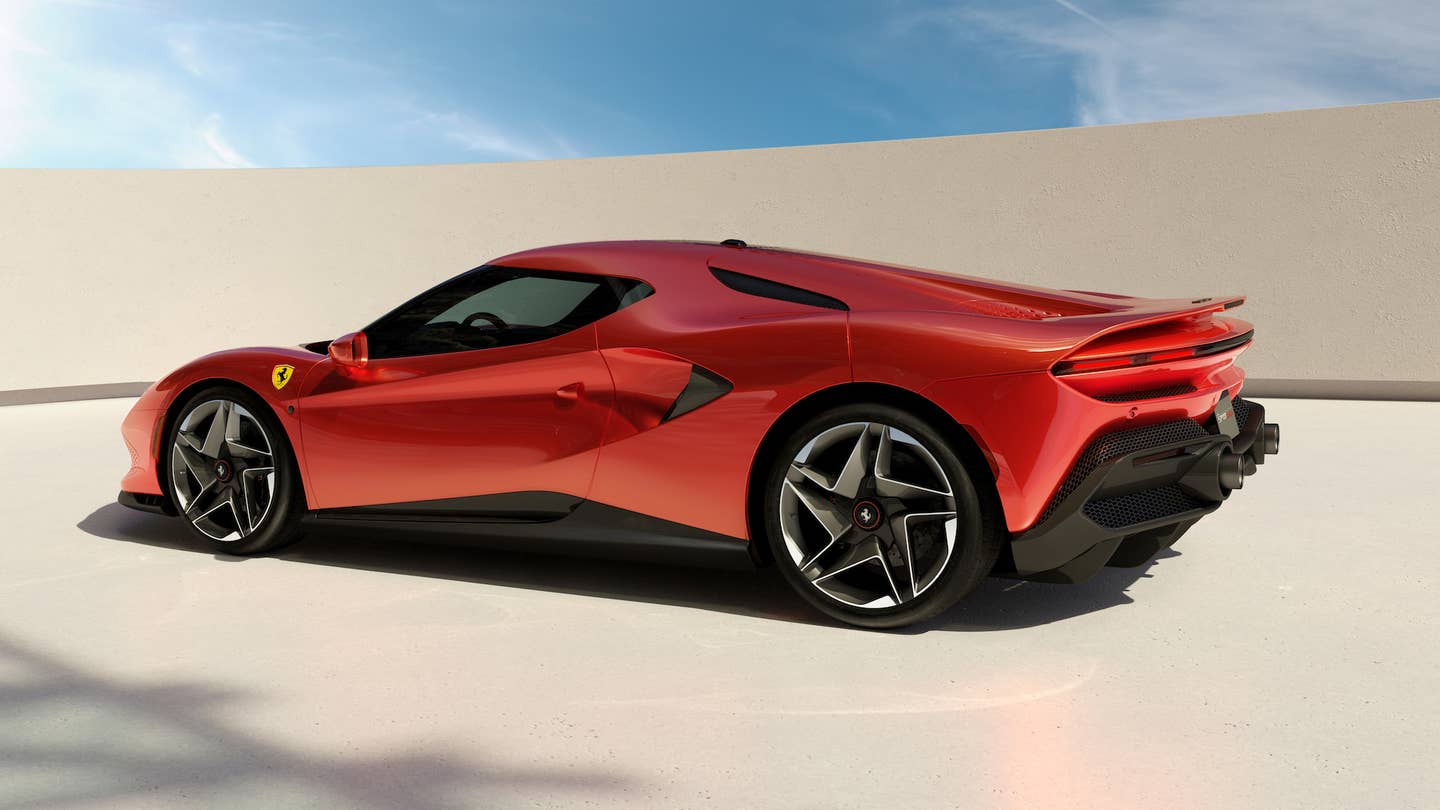 What you're looking at here is the Ferrari SP48 Unica, the latest Ferrari that will be built just once and was designed for a single "long-standing client" and their needs. Or wants, more accurately. This two-seater mid-engined supercar is based on the F8 Tributo and uses the same twin-turbo V8 but gets its own, bespoke exterior design.

Up front, it's got new headlights and relocated intakes that cool the brakes. The car was apparently designed using procedural-parametric modeling techniques while that very intricate-looking front grille is said to be 3D printed. The A-pillars have been blacked out for a helmet visor effect (see also: the Nissan GT-R). There's a decal on the roof that mimics the grille pattern and creates a sort of arrow with the windshield and windows when viewing the car from above, the edges of which tuck into some more intercoolers and intakes.

You may have noticed that the SP48, unlike the F8 Tributo on which it was built, does not have a rear window. This was, like every other design decision on this car of course, deliberate but does impede rearward visibility and the ability to see that glorious V8 from the outside. But when you're the sort of Ferrari customer who gets to commission your own, unique creation and gets to be "deeply involved in every step of its creation," you do what you want. Perhaps the Unica's owner is the sort of person that believes in never looking back, keeping your treasures hidden, and other semi-profound, sigma male crypto bro-sounding mantras.

In any case, there are weirdly no pictures of this but the interior of the SP48 is the same as the F8 Tributo's. The seats and much of the trim are apparently covered in laser-perforated Alcantara over iridescent orange fabric. The hexagonal pattern from the grilles makes its way to the seat perforations and door sill covers.

Under the Unica's closed-off rear end resides the F8's 3.9-liter twin-turbo V8 inherited from the 488 Pista presumably making the same 710 horsepower and 568 pound-feet of torque. The F8 gets from zero to 62 mph in 2.9 seconds and boasts a top speed of 211 mph. Meanwhile, Ferrari hasn't released the SP48's performance specs but it shouldn't be far off.

One unpublicized number that I expect is quite different from that of the regular F8's would likely be the SP48 Unica's price. Getting Ferrari's in-house design team to come up with and produce a one-off just for you doesn't exactly sound like a cheap upgrade.

Got a tip or question for the author about one-off Ferraris? You can reach him here: chris.tsui@thedrive.com