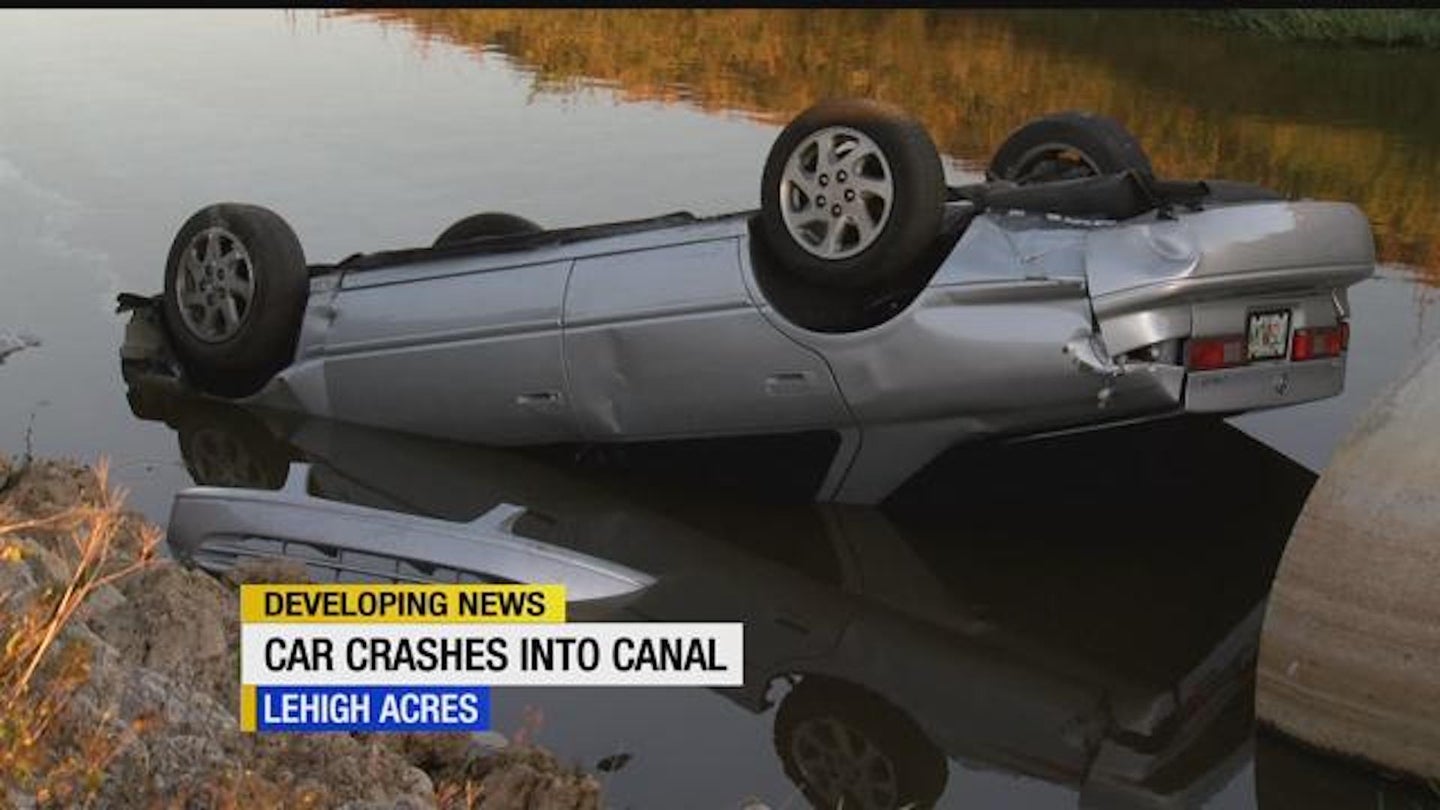 A father in Florida was arrested after allegedly giving his 12-year-old son permission to drive his Toyota Camry with his younger brother in the car, which led to the older son driving the car into a canal Friday night, local news station NBC 2 reports.

Martin Martinez Jr. was arrested after his son, Martin Martinez III, allegedly plowed through an intersection with a stop sign in Lehigh Acres, Florida in a Toyota Camry, lost control of the car, and rolled the car multiple times until it landed upside-down in water, according to the report.

Martinez managed to get out of the wreckage with his younger brother. Both children were sent to a local hospital for minor injuries but were released Saturday, according to the report. Neither of the children were reportedly wearing their seatbelts.

The father was later arrested for child neglect for allegedly letting his 12-year-old son drive.