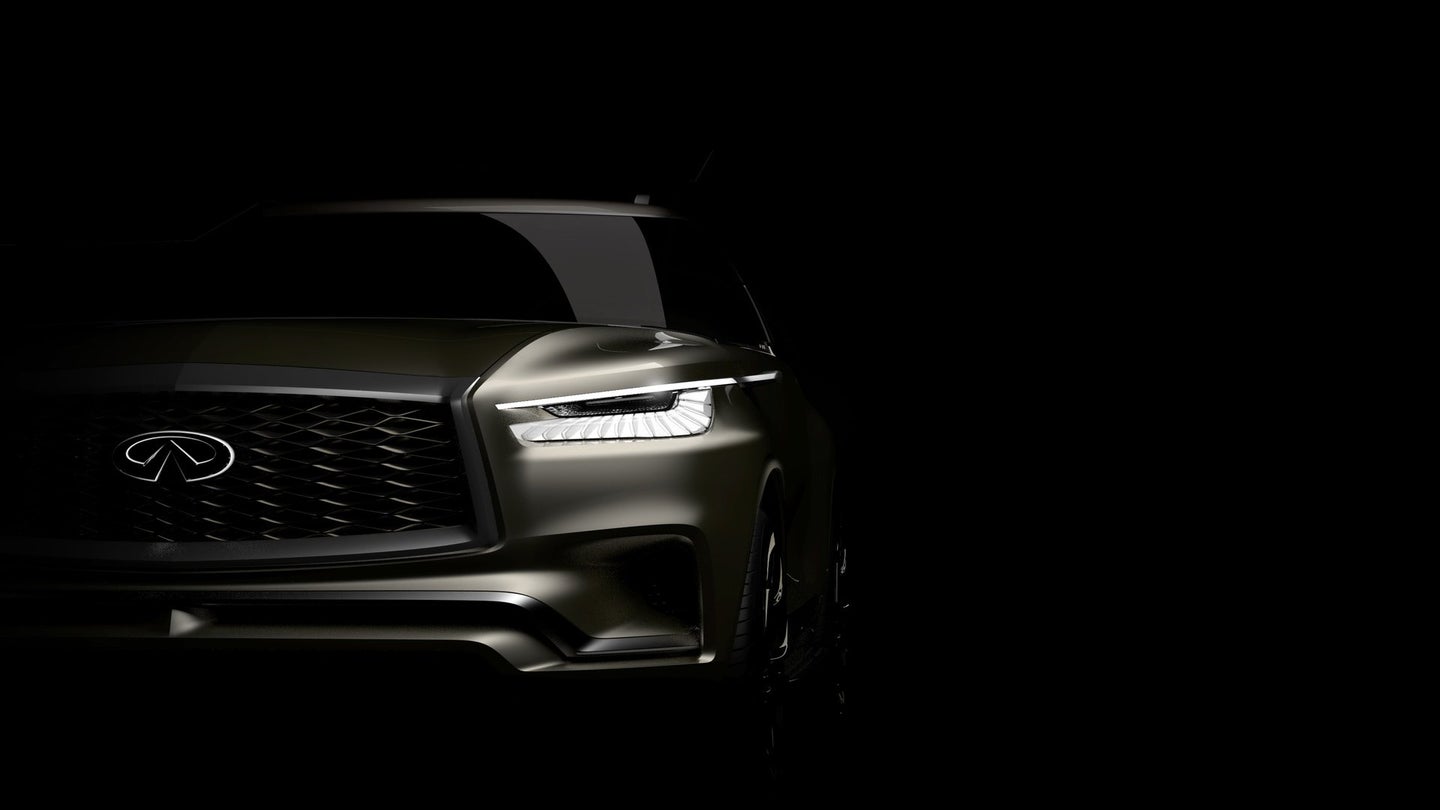 Infiniti released the first teaser photo for the upcoming replacement of the QX80 on Saturday. For those confused by Infiniti's naming system (see: everyone), the QX80 is the massive, Nissan Patrol-based SUV that competes with the likes of the Cadillac Escalade and Mercedes GLS. The QX80 hasn't seen a major overhaul since 2010, when it was still called the QX56 and the Infiniti naming scheme had some bearing in reality. Even though it's overdue for a refresh, data from sales-tracking site Goodcarbadcar.net still shows it outselling the Cadillac Escalade so far in 2017.

Based on the proportions and the company's product cycles, it's clear that this is either a replacement for the QX80 or a concept for what the QX80's replacement will look like. The teaser photo for the new model wasn't overly communicative, with the release simply stating: "Huge unveil. April 11, 2017." That means the QX80 concept/replacement will bow in time for the New York Auto Show, where we'll be able to get a closer look.

Expect a full redesign of the aging interior to be a centerpiece, along with more aggressive styling than the current model's bar-of-soap aesthetic. As you can see in the photo, the new SUV features a more angular front fascia with full-LED headlamps. You can also see the Infiniti logo is outlined in LEDs. Normally, I'd say this isn't likely to make production, but seeing as Mercedes has already popularized glowing badges as a new weapon in the fight to keep up with the Joneses, it wouldn't be a surprise if Infiniti joined in. The question, though, is whether or not a new QX80 can make the Infiniti badge something you'd want to show off.

Pricing Announced For the Infiniti QX30 and BMW is Working On a New X5: The Evening Rush

Plus, the ultimate iPhone camera rig and 50 percent off Patagonia waders.