Supposedly it is a great way to stay in shape. 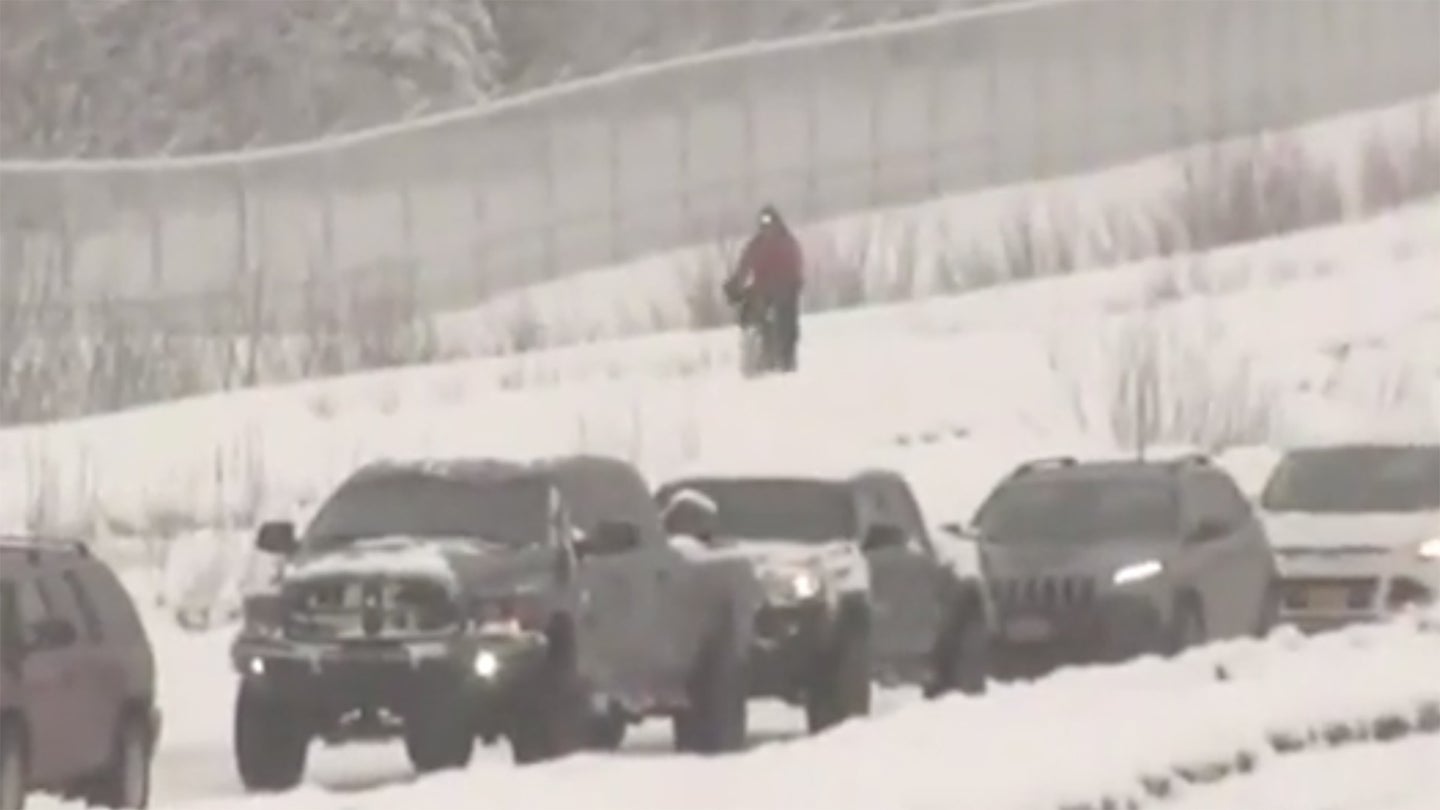 Some people take their passion for bicycling to a whole new level. Perfect example, this guy biking along one of Anchorage, Alaska’s busy highways during a snowstorm on March 29th. Trudging through what appears to be at least six inches of snow, one brave bicyclist is undeterred by the harsh conditions. It actually looks like the bike is making more progress than the people stuck in traffic. Although the voyage may be a little unsteady, the bike never stops making forward progress throughout the video.

Unfortunately, we don’t know the circumstances behind why the brave biker opted to use his own power to commute on that frigid day but it he is bundled up and determined to get to his final destination. That being said, we may stick to warmer weather to break out the old eight-speed and cruise the mean streets of Brooklyn.

Do you have any other outlandish bicycle videos? Send me an email at max.goldberg@thedrive.com

Unusual territory for a muscle car, isn’t it?

Mustangs, Southern Snowstorms, and the Patron Saint of Bad Decisions

Hell hath no fury like a stick axle in a snowstorm.