There 486-foot long Sailing Yacht A was confiscated over claims by the German yacht maker that the owner still owes millions on the ship. 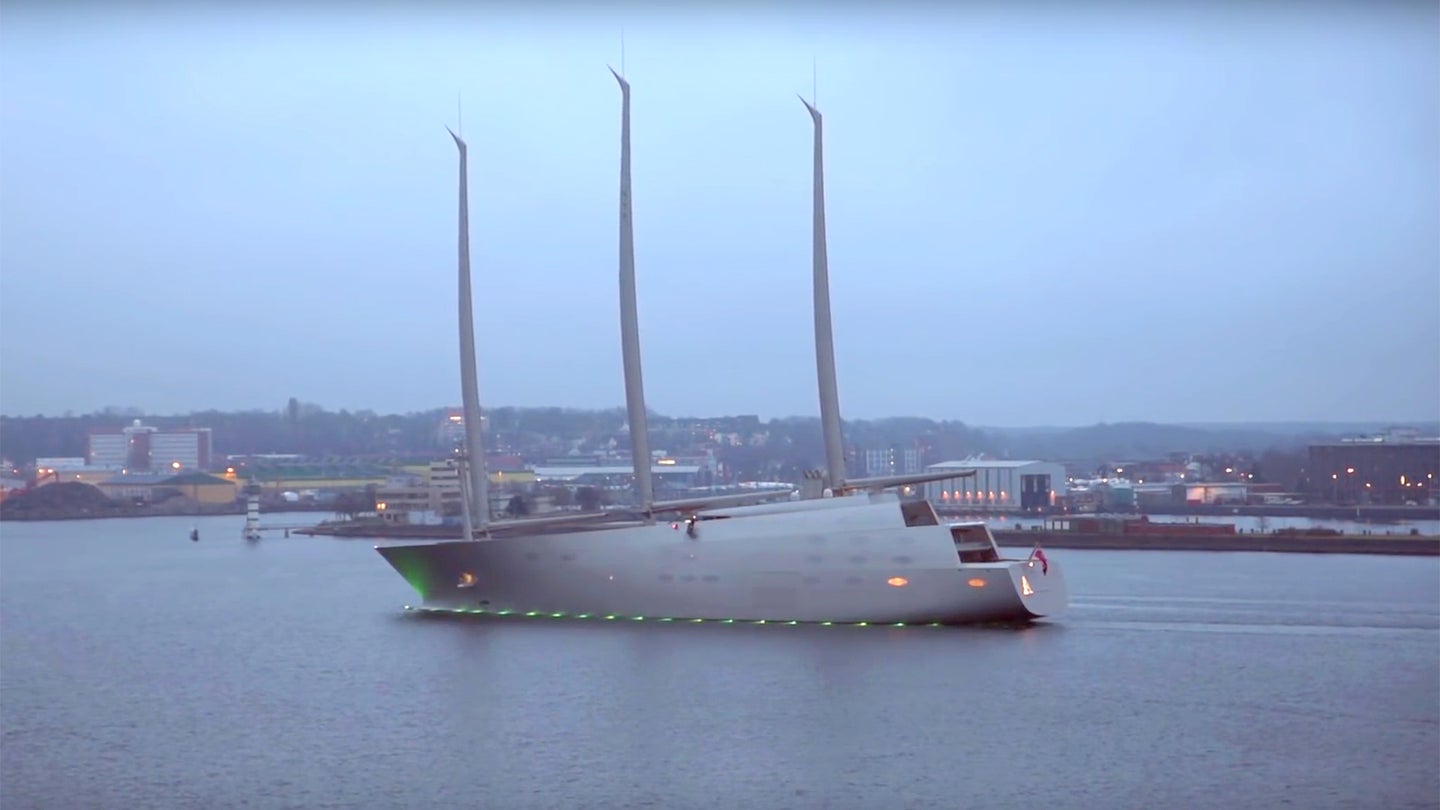 Remember a couple of weeks back, when The Drive did a post on Russian billionaire Andrey Melnichenko's $450 million, 468-foot long hybrid sailing yacht? Well, as it turns out, Melnichenko may not be quite up to date on his yacht tab. Last Wednesday, authorities in the British territory of Gibraltar repossessed the boat over claims by the yacht's builder that the owner still owes more than $16 million on the ship.

"The vessel is under arrest and is currently at anchor in British Gibraltar Territorial Waters," Admiralty Marshal Liam Yeats of the Gibraltar Port Authority told the BBC on Monday.

Nobiskrug, the German yacht builder that created Sailing Yacht A, is reportedly claiming the yacht's owner still owes €9.8 million ($10.33 million) in boat payments, in addition to €5.5 million ($5.8 million) in interest and payments to subcontractors.

Sailing Yacht A could soon be released to its owner

But the yacht may not be stuck in port much longer. Nobiskrug and Melnichenko's lawyers reached an agreement over the back payments on Tuesday, according to Germanyt's NDR.de.

"Nobiskrug is very satisfied with the judge's verdict, and the court has taken full account of our argument and interest in safeguards," the yacht builder said in a statement, according to NDR.de via Google Translate. The website says Sailing Yacht A can take off as soon as the money lands in Gibraltar, which could be as soon as today.

For those of you who don't recall our initial post on the ship (and who are apparently too lazy to click the hyperlink in the first paragraph), Sailing Yacht A combines hybrid diesel-electric propulsion with a trio of carbon fiber masts, each of which is around 300 feet tall. It has a crew of 54 to accommodate up to 20 guests, who are free to enjoy such luxuries as a pool and an underwater viewing area that uses a 1.8-ton pane of glass.