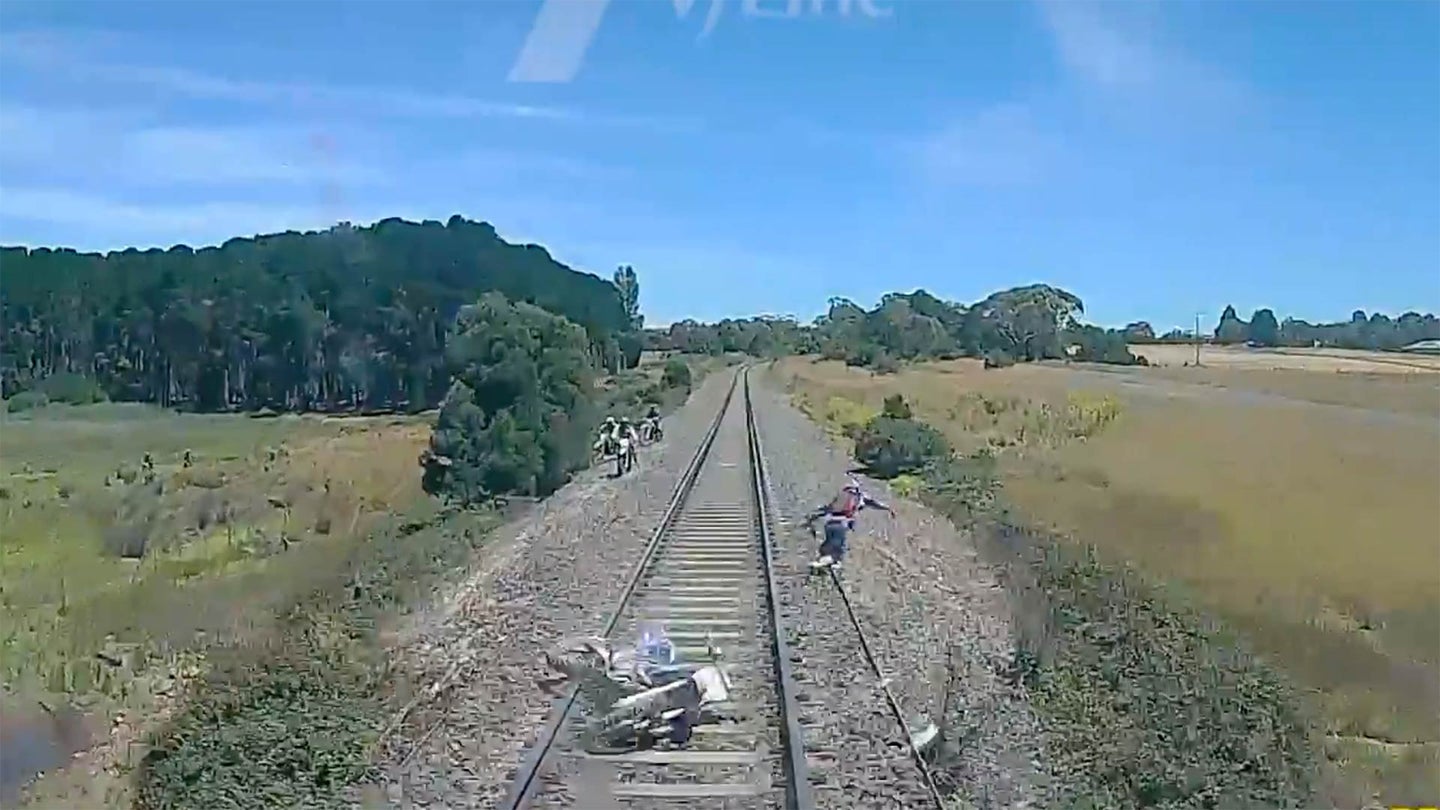 Exploring the countryside with your pals can be a blast until things go terribly wrong. Take this video, for instance, wherein three chaps from in Melbourne, Australia decide to explore the great outdoors but one of them ends up getting his dirt bike caught on a set of train tracks.

Based off the information provided from the brief video, it appears the three riders were traversing the tracks of a V/Line train near Melbourne. The high-speed train is absolutely flying through the countryside when the riders quickly come into view. Before you know it, the train is literally on top of the rider as he jumps for his life.

At first, you may be convinced that the rider was clipped by some part of the train, but once the video is slowed down, you can see he just clears the train. Unfortunately, the rider’s bike wasn’t as lucky and was obliterated by the train.

We aren’t telling you no to go exploring—we just hope you use good judgement and don’t put yourself in a similar situation.

Watch From Inside as a Bus Drives Straight Into a Train

The driver apparently suffered from “some kind of medical episode.”