What Was the Best Super Bowl Car Ad This Year?

Some carmakers went funny for the Super Bowl in 2017. Some went touching. Some were just weird. But which was best...and were any truly great? 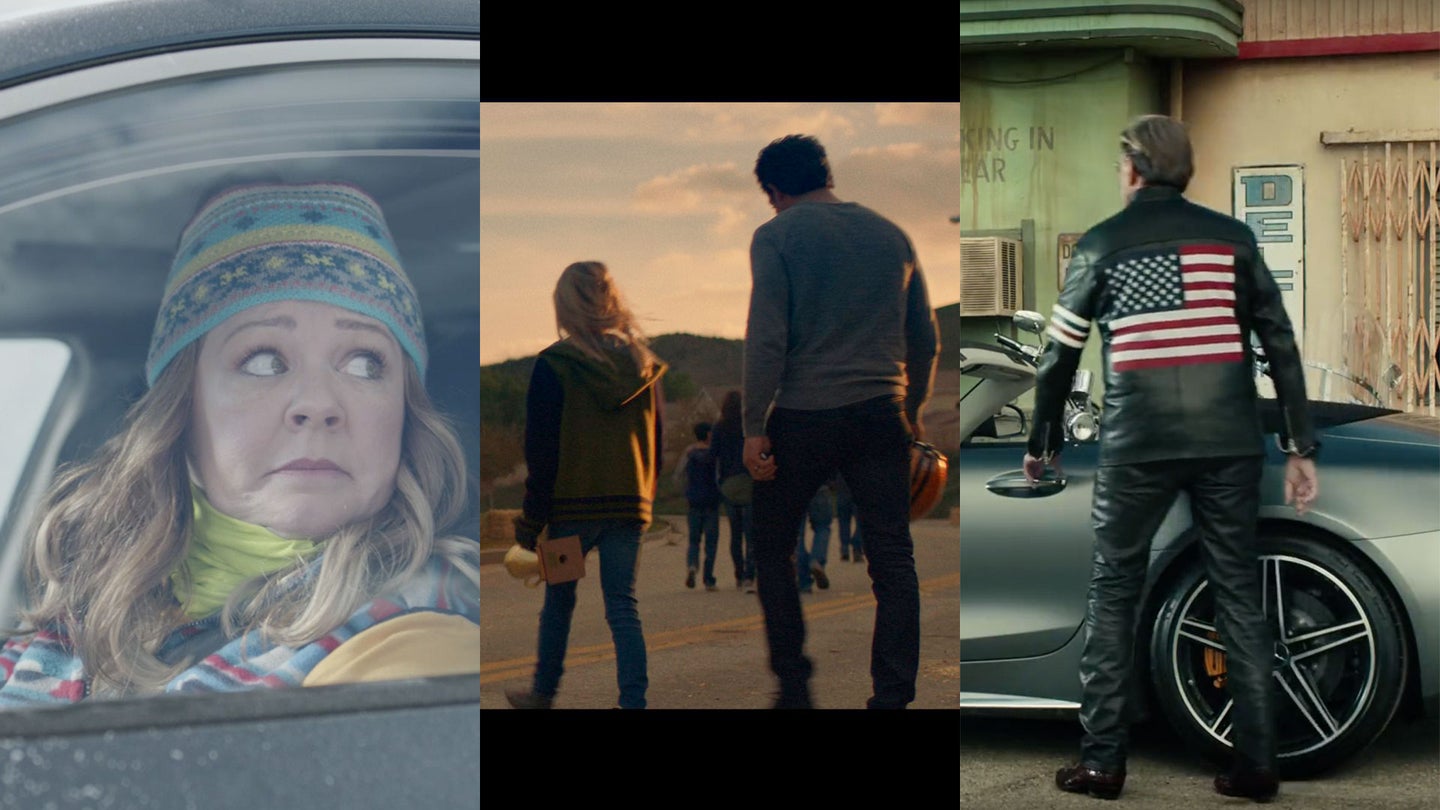 It's the morning after the Super Bowl, which means people in workplaces all across America are doing two things: talking about the outcome of the game, and arguing which commercials were good and which stunk up the joint worse than Uncle Bob's artichoke queso. Watching the ads has become as much a national pastime as the football game itself.

As with most Super Bowls, car companies came out in force last night to show off their products, their corporate philosophies, and  above all else, the size of their advertising budgets. Different companies took different tacts; Kia and Mercedes-Benz went funny, Honda and Audi went inspirational, and Ford went futuristic. All those plans are solid tactics, and each has paid off well for carmakers in the past. And FCA went way long on Alfa Romeo at the apparently expense of big-ticket marques like Ram and Jeep.

The questions of the hour, then, are thus: Which carmaker won the commercial break battle during Super Bowl LI? And did any of last night's ads do well enough to land alongside Chrysler's Eminem spot, Volkswagen's Darth Vader ad, and Ford's "The One" in the pantheon of great automotive Super Bowl advertising?

Let us know in the comments below.