Like most supercar concepts from companies we’ve never heard of, we’re sure this will reach production. 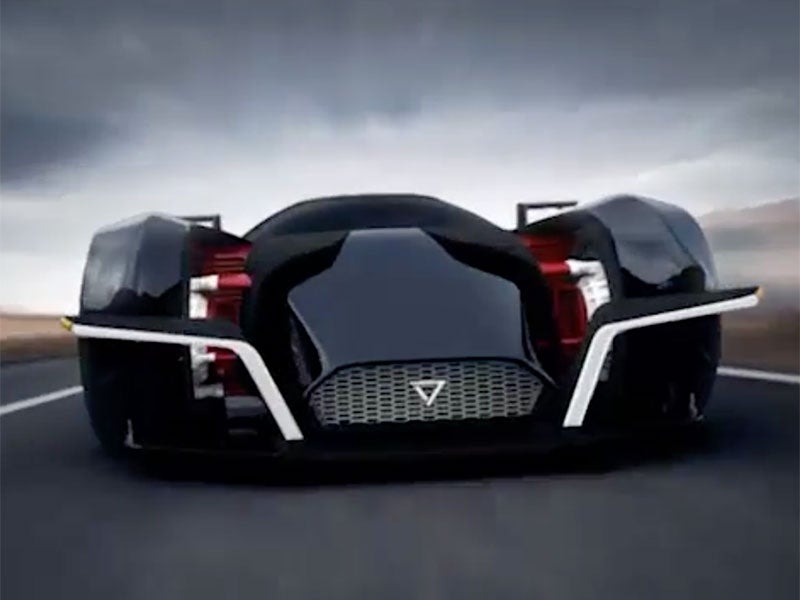 As many of us know by now, the smaller number of moving parts means electric cars are a fair bit easier to build than internal combustion-powered machines. One side-effect of this: It theoretically makes it far easier for upstart supercar companies to produce their own high-speed machines.

Emphasis on the theoretically, at least. Because while Tesla went mainstream making cars too powerful for owners to use all the time and Rimac made an EV hypercar that can outrun a Bugatti Veyron or a Porsche 918 Spyder, building and selling production supercars—electric or no—is still harder than it looks.

Still, the long, long list of failed supercar start-ups apparently isn't enough to dissuade Vanda Electrics (which we admittedly misread as "Panda Electronics" at first glance). The Singapore-based company, previously known mostly for the Toontown-legal electric scooter known as the Motochimp, has announced its intentions to throw its hat into the hypercar ring. And to show off its intentions, it's bringing a concept called the Dendrobium to the Geneva Motor Show.

As you can see in the CGI promotional video embedded below, the Dendrobium certainly looks the part of the exotic sports car. It's a low-slung wedge with a basic shape that looks like a cross between a Ferrari LaFerrari and a 1960s Formula 1 race car, with wheel wells that rise almost as high as the roofline and suspension bits sitting exposed to the elements. Oddly enough, there's a set of prominent vents sitting above where the powerplant of a gas-powered mid-engined car would be.

The side-view mirrors appear to have been replaced with high-mounted cameras affixed to miniature wings, and the front and rear lights appear to be made of thin strings of LEDs. On the powertrain side, it's hard to be sure, but since the front wheels appear to have their own integrated electric motors (and nobody builds a front-wheel-drive supercar), we're guessing the Dendrobium will be all-wheel-drive.

Interestingly enough, Vanda reportedly says it is working with the F1 gurus at Williams Advanced Engineering to develop the Dendrobium, and has reportedly also enlisted Bridge of Weir to supply the interior with supple heifer hides.

Oh, and that odd name? It's the scientific genus for a type of orchid. Because nothing says "badass speed machine" like flowers.