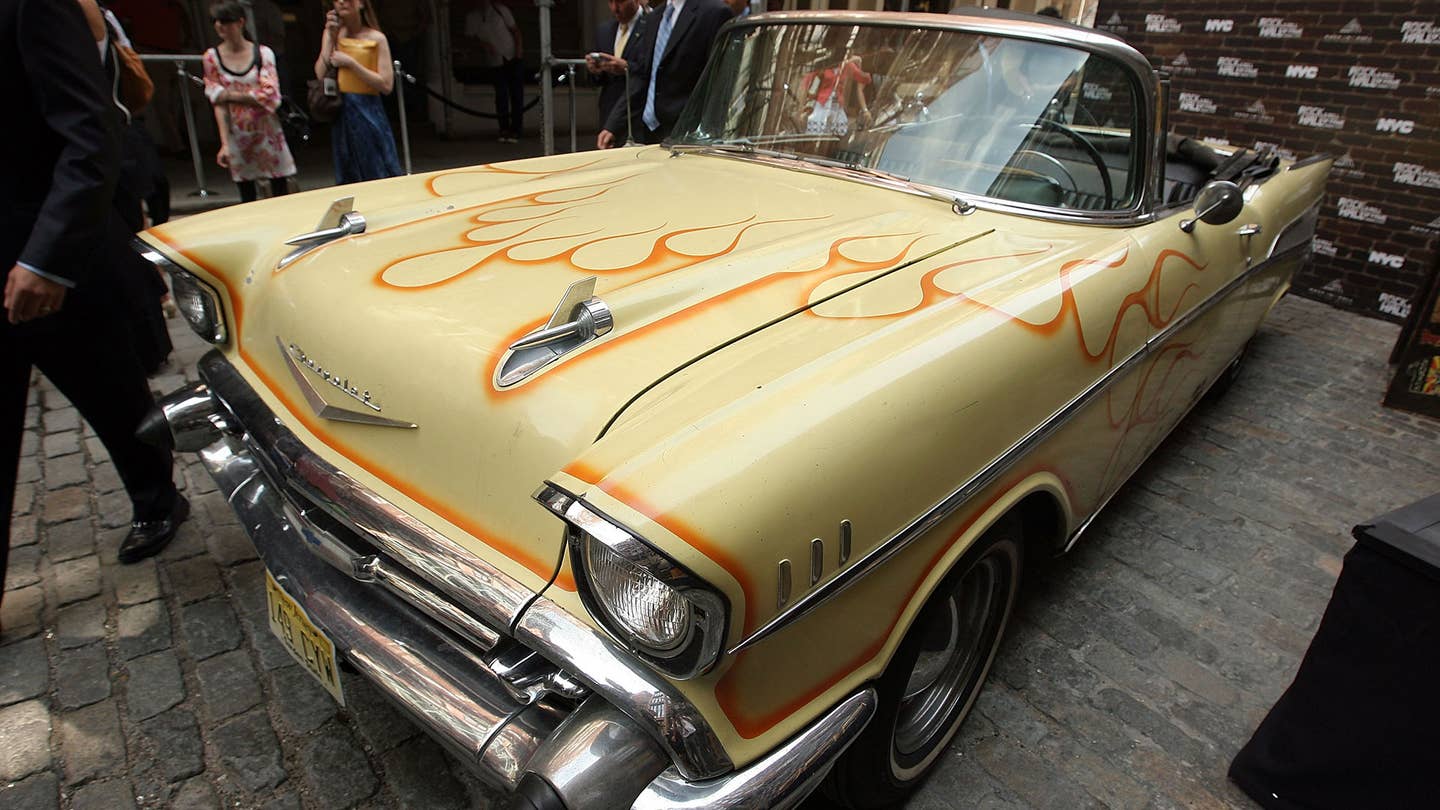 Looking for that perfect gift for the New Jerseyite who has everything this holiday season? Well, look no further: the very first car Bruce Springsteen ever owned is up for sale on eBay right this moment.

That’s assuming, of course, you’re reading this article somewhere between the moment it was published and 11:50pm Eastern Standard Time on Monday, December 19th. It’s also assuming the statement for whichever bank account is connected to your PayPal ends in a whooooole bunch of zeroes: As of this writing, the high bid for Springsteen’s 1957 Chevrolet Bel Air convertible currently stands at $200,100—and the reserve hasn’t even been met yet. (For what it’s worth, the car was reportedly valued at $850,000 a few years back.)

So yeah, not cheap. But if you happen to be a Springsteen fan (such as, say, your humble author is), you’d be hard-pressed to find a better piece of memorabilia than this classic chunk of Detroit iron.

According to the eBay listing, written by seller and Springsteen historian Michael Crane, The Boss purchased the car for $2,000 on May 21, 1975, at the age of 25—three months before the release of Born to Run. He sold it a year later, reportedly because the yellow drop-top was a little too conspicuous for the suddenly-famous rocker.

While the body and frame are unchanged—note the rust on the driver’s side door—the drivetrain has been fully revamped, with a customized General Motors 350 cubic inch V8 plopped under the hood and the four-speed manual gearbox rebuilt. The brakes, radiator, gas tank, and exhaust have been upgraded, and a new heavy-duty alternator has been installed to handle the electrical needs of the car’s massive aftermarket stereo system.

The car has been featured in both the temporary Rock and Roll Hall of Fame Annex in New York City and in the actual Rock and Roll Hall of Fame in Cleveland, as well as in Time, Newsweek, and Playboy. (Copies of all three magazines are included with the car, as is Springsteen’s old registration and insurance.) It was also briefly occupied by tiny billionaire Michael Bloomberg, as this Getty photo from 2008 proves.