Tesla Just Set Up a Showroom In a Major Battleground State

Michigan hasn’t made it easy, or legal, for Tesla to sell cars. 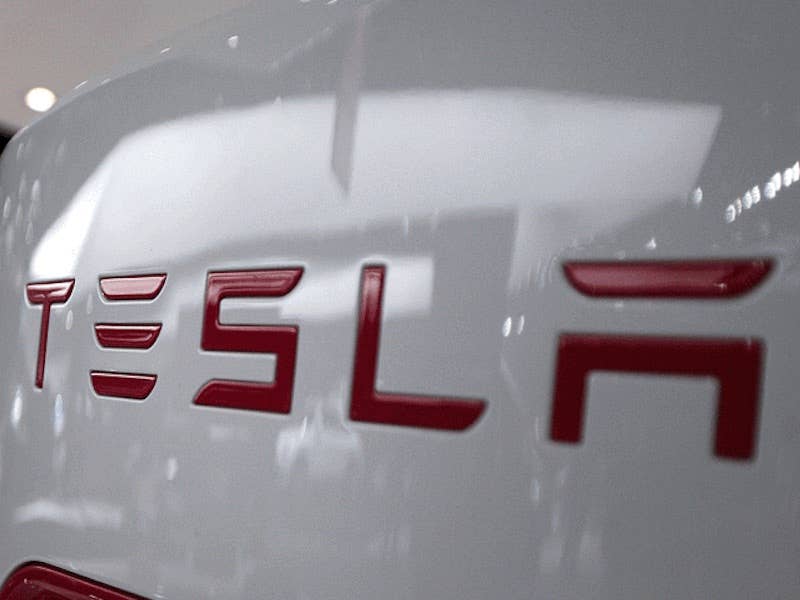 Tesla has opened a showroom in Michigan—a bold stance in the home of the Big Three U.S. automakers and in a state where it’s banned from selling its all-electric vehicles.

The all-electric automaker and energy company didn’t make a big announcement signaling to its rivals that it had arrived. The small 700-square-foot showroom quietly opened Thursday within a Nordstrom department store in Somerset Collection, an upscale shopping mall in Troy, Mich. — a suburb of Detroit. This is the third showroom—or gallery as Tesla calls them—to open in a Nordstrom. Tesla opened its first showroom (of this kind) in June at Nordstrom The Grove in Los Angeles.

Tesla is not breaking the law. The company might not be allowed to sell cars in the state, but it has the right to display their cars in a showroom just like any other retailer might. But instead of throwing up a billboard or advertising their vehicles on TV, the showroom—or gallery as Tesla calls them—gives the automaker a chance to to introduce consumers to its Model S and Model X vehicles. More importantly, it gives Tesla the opportunity to educate consumers about the electric vehicle technology behind the Model S and Model X—not to mention the semi-autonomous driving system Autopilot and other tech-forward features found in the vehicles.

Still, opening up a showroom in a mall during the busiest shopping season could be viewed as poking the bear that is the powerful automobile dealership lobby and the major automakers that are based here.

Michigan hasn’t exactly thrown out the welcome mat to Tesla, even though the company employs dozens of workers in the state. In 2015, Tesla acquired Riviera Tool, a Grand Rapids business that supplied dies to Tesla’s assembly plant in Fremont, Calif. The factory was renamed Tesla Tool & Die and retained the 100 employees that were part of Riviera Tool. In all, Tesla employs 13,000 U.S. workers.

Tesla also works with numerous suppliers in the state.

Tesla has a different business model than other automakers. It sells its own cars directly online and through its own branded stores, not through franchised dealerships. All U.S. states have laws that prevent automakers with existing franchisees from opening their own dealerships to compete with them. However, dealer associations in a number of U.S. states, including Massachusetts, Missouri, North Carolina, and Washington, have tried to expand the law to include manufacturers like Tesla that don’t have franchise dealers.

Some states—notably Arizona, Michigan, and Texas—have taken an extra step and passed laws that ban direct sales. In these states, Tesla can still have a showroom, where consumers can look, but not buy, its Model S, Model X, and eventually, Model 3 vehicles. Tesla staff cannot discuss the cost of the car or take people on test drives. They must instead direct customers to the website or a store in a neighboring state for more information.

In October 2014, Gov. Rick Snyder signed a bill initiated and backed by the Michigan Automobile Dealers Association that effectively banned Tesla from selling directly to consumers in the state. Michigan-based automaker General Motors has also backed efforts to prevent Tesla from doing business there.

Tesla is also prevented from opening up service centers in Michigan and other states that have banned direct sales. Consumers living in Michigan can still buy a Tesla online. And some committed consumers have. Tesla says they try to accommodate these owners by sending “rangers,” basically roving mechanics from service centers in nearby states. Tesla owners in Michigan might receive service from a ranger based in Cleveland, Ohio.

This roving mechanic service works for now. But it will be unsustainable if Tesla’s upcoming mass-market Model 3 vehicle is as successful as early reservations suggest.

That leaves Tesla less than two years to resolve the matter. It’s pursuing this in two ways: legislation and litigation. State Rep. Aaron Miller introduced a bill in February that would allow Tesla Motors to sell its electric vehicles in the state with some restrictions to protect dealerships. That bill was referred to the Commerce Committee and is now in legislative limbo, where it will likely remain.

Tesla also applied for a “Class A” license, which would have allowed the automaker to open a company-owned dealership in the state. At the time, the company told Fortune it didn’t expect it to be approved and instead had done this to test the limits of the state law that prevents it from selling vehicles there. Michigan officials rejected Tesla’s license request in September.