Recklessly navigating that lifted Chevy Silverado through traffic must’ve kicked up an appetite. 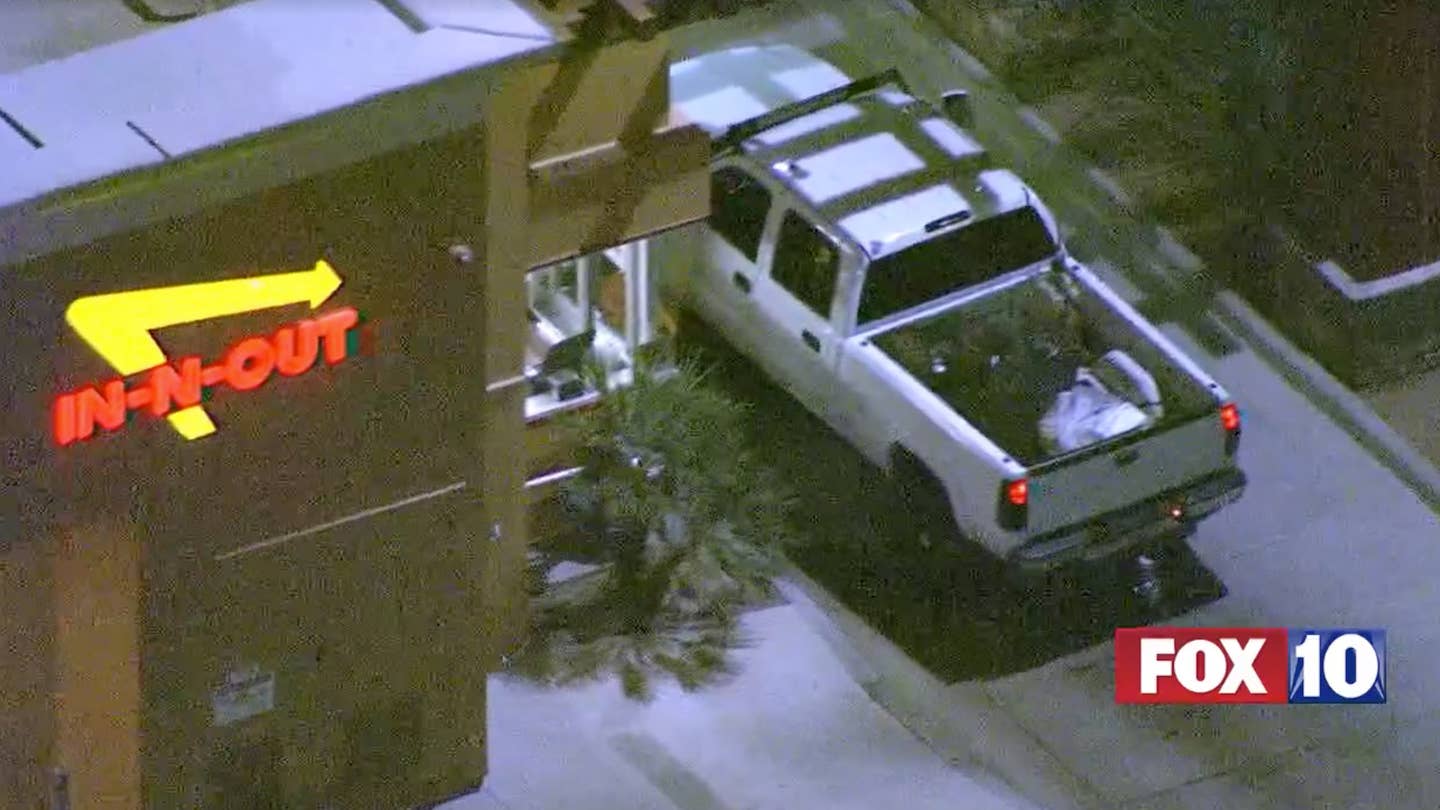 A man in Phoenix pulled his lifted Chevy Silverado into an In-N-Out drive-thru and waited several minutes for food while being chased by police Wednesday night. Because what better time is there to order a Double-Double Animal Style with some fries on the side than when the law's hot on your tail?

Thirty-five year-old Joshua Adkins was trailed by police and a TV news helicopter while driving his bro truck around Phoenix and surrounding areas when he stopped at the well-loved fast-food restaurant, Fox 10 Phoenix reports. From what we've seen in a Facebook Live video, Adkins was stopped at In-N-Out for around three minutes without being directly bothered by police before continuing his trip. Oh, and not only did he stop at In-N-Out, he also left without grabbing any food.

The chase ended with Adkins being taken into police custody after driving into a neighborhood, parking his truck, and running into a backyard on foot. The 35-year-old was taken in on suspicion of unlawful flight from police, aggravated assault-domestic violence, and unlawful imprisonment, Fox 10 Phoenix reports.

As East Coasters deprived of the tastiness of In-N-Out, we could understand why one would be so desperate for a hot meal from the fast-food spot. But maybe picking up a burger while in the midst of a police chase isn't the brightest idea?

What's even weirder, though, is that it took so long for police to catch up with Adkins even after he took his time ordering food. Where were the cops on the ground? Down the block at Wendy's?