The Comma One has died before it really got off the ground. 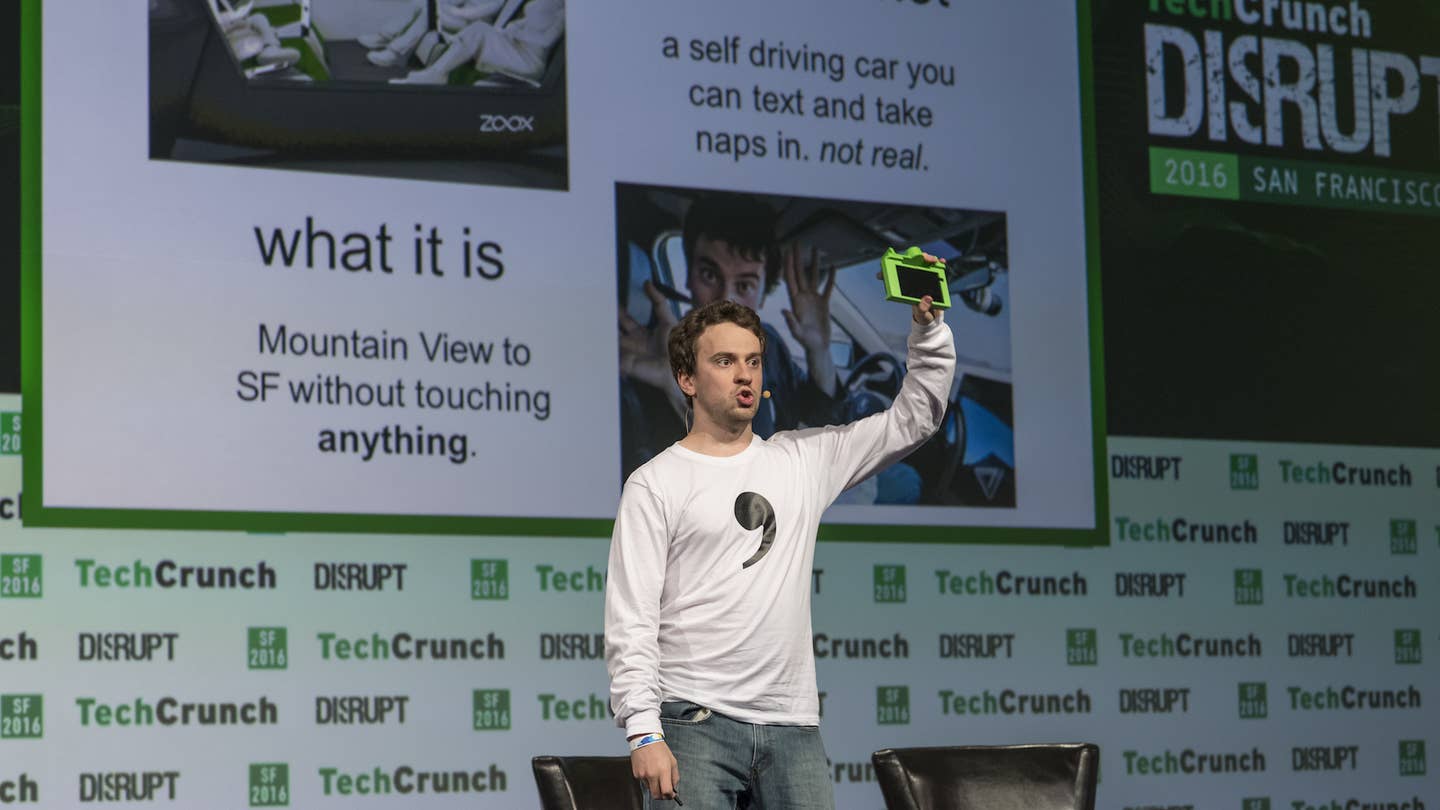 Hacker George Hotz announced on his company's Twitter account Friday morning that he would be ending development on his claimed $999 self-driving device from Comma.AI following a notice from the National Highway Traffic Safety Administration which included "threats."

Hotz claimed the 10-page letter he received from the NHTSA was the first time the agency had reached out to his company. The letter requested the company answer 15 questions about the safety of the device for public use. If Comma.AI refused to comply, the company would be fined up to $21,000 a day.

Emboldened in the notice from the NHTSA was text that read, "We are concerned that your product would put the safety of your customers and other road users at risk. We strongly encourage you to delay selling or deploying your product on the public roadways unless and until you can ensure it is safe."

Comma.AI's autonomous car product was a package that included a camera and front-facing radar sensorsthat could be retrofitted on a handful of different vehicles. The product was first shown off to Bloomberg in December 2015, which is when Hotz said it would be production-ready by the end of 2016. As Business Insider notes, the Bloomberg story included talks between Hotz and Tesla CEO Elon Musk that showed Musk offering him "multimillion-dollar bonus" if Hotz were to develop his product as an in-house replacement for Mobileye's product.

Hotz and his hacking abilities first came to light in 2007 when he became known at age 17 as the first person to hack the iPhone.

You can see the full NHTSA letter here.