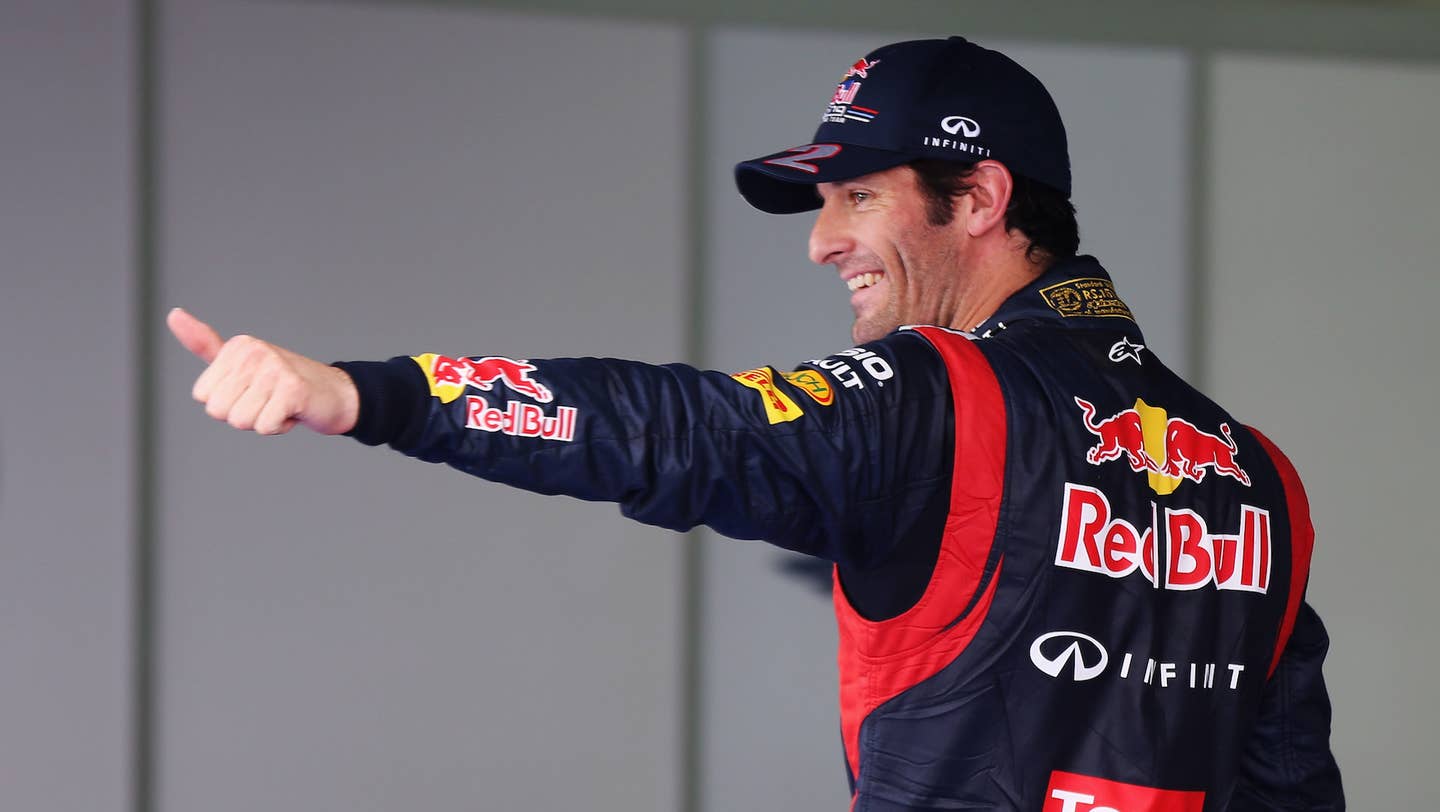 Mark Webber. Forty years old, erstwhile Red Bull Racing star, current Porsche works driver in the World Endurance Championship. The kind of guy you can’t help but love. Once, he vomited in his helmet during a race and kept going anyway. Another time, he rode a wheelie in a Formula 1 car. Webber’s known for being ballsy, honest and a bit rowdy—or, put another way, Australian. And he’s always good for a story.

This one, however, is a cut above the rest. In an interview with The Telegraph, published Friday, Webber relayed the following anecdote:

My first car was a 1969 Toyota Corona ‘Toyoglide’ and it was the colour of snot. I bought it off my elder sister’s best friend for £270. Two-speed automatic, bench seats and no seatbelts. It was bomb proof. Once I got inan argument at school and the guys set fire to the car. Didn’t look too pretty afterwards but ran as well as ever. We also kept a spare tyre in the back, which we called Angelina, and she would make the occasional appearance when we decided to roll her down hills.

Emphasis mine, but if that sentence didn’t stick out to you already, I’m not sure how to help. It doesn’t seem to stick out to Mark Webber. Dude's super casual about the whole thing. The car still drove, and got him and his mates to the pub so, hey, no use whingeing about a little sedan barby, right?

(Also, is this what growing up in Australia’s like? Somebody mouths off in the locker room, or copies your calculus test, so you just torch their shit in the parking lot? Mercy.)

The rest of the interview is pretty great, too. Later, when asked about his most memorable experience in a car, Webber does not talk about driving at Le Mans 24 or winning the Monoco Grand Prix. Instead: “Well, the bench seat in the Corona was good!”