China Wants to Build a Giant Space Plane for Tourists

Single-stage rocket could carry 20 people 80 miles into the sky. 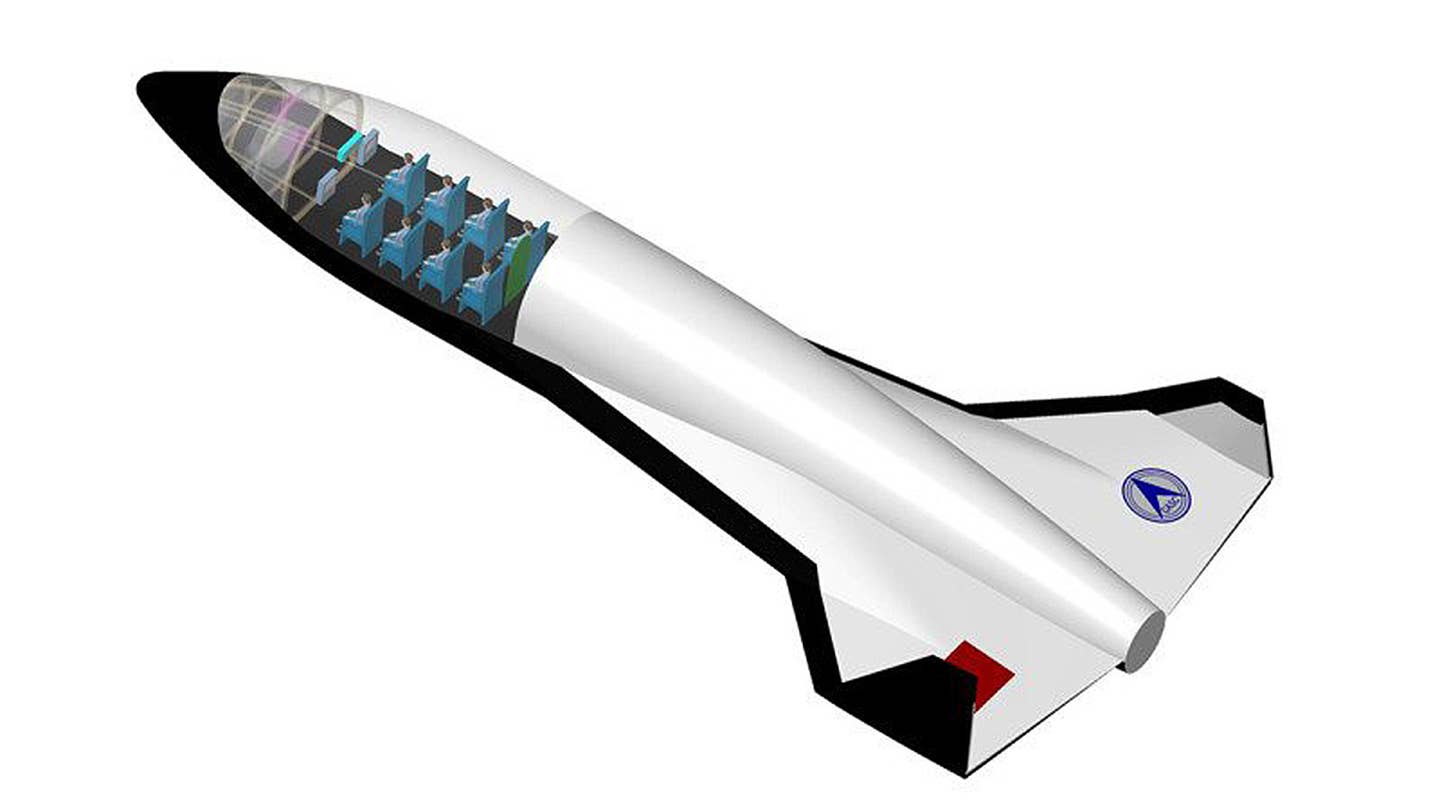 The burgeoning space tourism industry might be on the verge of its biggest break since Lance Bass was turned down for the ISS. China is planning a 20-seat space plane that can go from the Earth’s surface to space all by itself.

Beijing’s China Academy of Launch Vehicle Technology has reportedly designed a single-stage spaceplane with a scalable design and liquid methane/liquid oxygen propulsion designed to carry space tourists on a suborbital space flight, according to New Scientist. The news was announced at the same meeting of the International Astronautical Congress where Elon Musk revealed his plans for colonizing Mars.

The space plane, the report says, would come in two different sizes. The first, smaller version would weigh in around 11 tons, have a wingspan of around 21 feet, and be capable of carrying five passengers to an altitude of 62 miles—the height of the so-called Karman Line, generally considered to be where space begins. The second, larger ship would be ten times the mass, with a 40-foot wingspan and the ability to carry 20 people up to 80 miles above the Earth. Passengers on the first craft would reportedly experience around two minutes of zero-g, while people on the larger ship would purportedly spend about four minutes floating around in the moments after the perihelion of the flight.

The larger space plane would also reportedly have the ability to haul small satellite into orbit on its back, which CALT team leader Han Pengxin suggests could help offset launch costs. A ticket, Han says, would likely cost between $200,000 and $250,000—roughly the same as Virgin Galactic charges for suborbital flights on SpaceShipTwo.

Both versions, according to the report, will be autonomous, able to complete their entire flight without on-board or ground-based pilots. (We can’t help but wonder how many people would be comfortable climbing aboard the equivalent of a rocket-powered Disneyland ride, but hey, that’s just us.)

The rockets will take off vertically, like, well, a rocket, and land in the traditional airplane manner. The craft should be capable of as many as 50 flights, according to CALT—roughly half the original projected lifespan of NASA’s Space Shuttle. The team reportedly expects to begin test-flying the space plane in 2020, albeit with a non-living payload.

Not everyone buys the Chinese academy’s bold claims. “The most unusual part is the belief that they can send up to 20 people to 100 kilometres and more on a rocket without a mother ship and no staging,” Dr. Robert Launius, associate director at the Smithsonian Institution’s National Air and Space Museum, told New Scientist. “It’s not explained how that will be accomplished. And the fact that they think they can test fly in the next 2 years is remarkable.”

Single-stage-to-orbit, or SSO, has long been the holy grail for space flight. Current and existing space launch systems, from the SpaceX Dragon to the space shuttle, require at least two rocket stages to reach orbit.

The Chinese rocket would not be a true SSO craft, as its reported top speed of Mach 8 would still put it well below orbital velocity. But going from the launchpad to 18 miles above the Karman Line without a boost from anything else would put it closer to that ideal than any other vehicle.

At least, any other one that we know about.