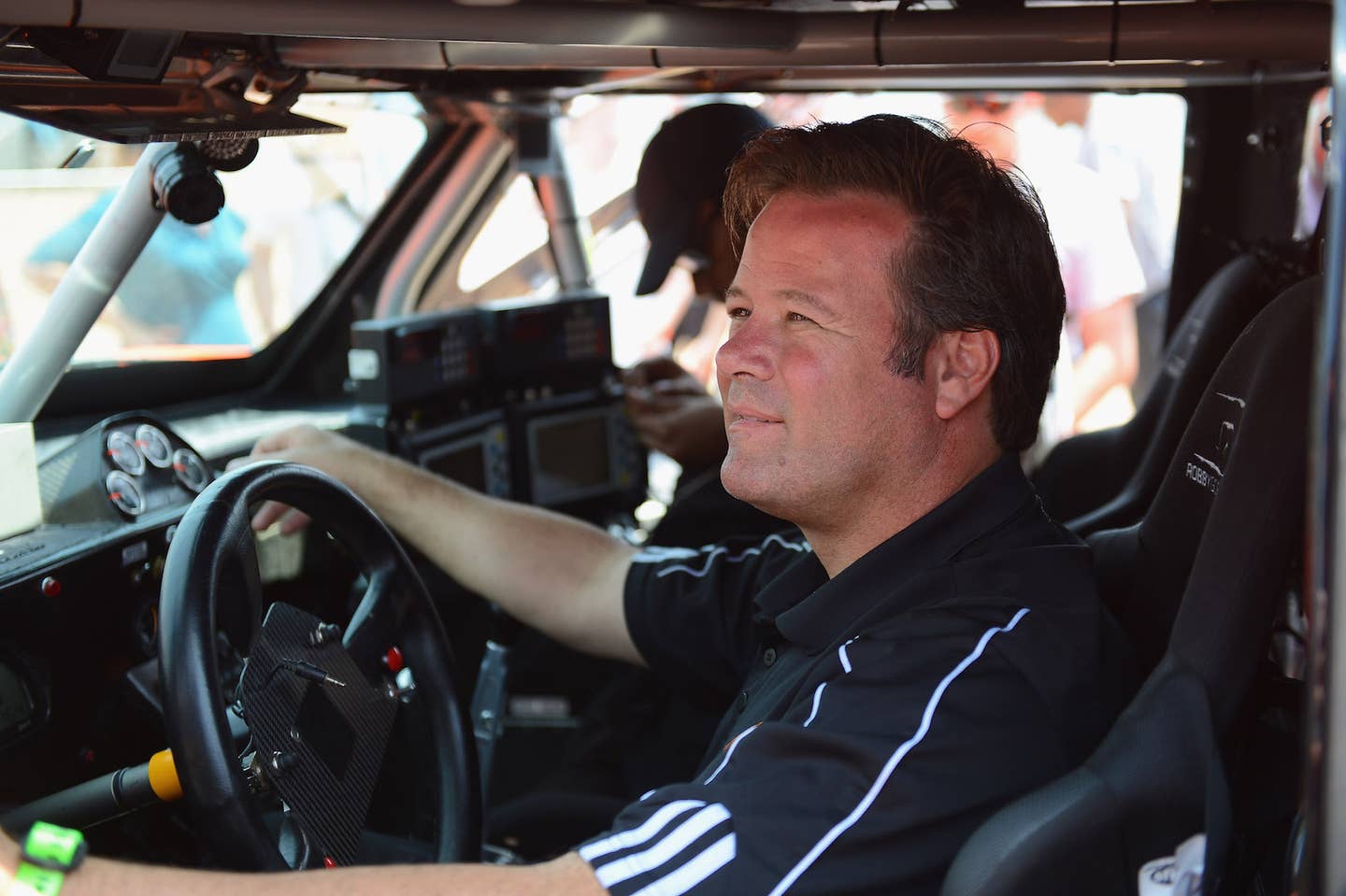 Police are investigating the deaths of the elder desert-racing legend, 69, and his wife, Sharon, 57. Their bodies were found in their Orange, California, home last night after a 5 p.m. 911 call. Police told multiple sources they were investigating the murder-suicide scenario, though they didn't specify how the two died.

Robby Gordon has has raced in NASCAR, CART, IndyCar, Trans-Am, IMSA, IROC and the Dakar Rally, and founded the Stadium Super Trucks racing, which is now known as the Speed Energy Formula Off-Road series, in 2013. Gordon's sister, Beccy, is married to IndyCar ace Ryan Hunter-Reay.