Did Cadillac’s President Just Blow the Lid Off the Carmaker’s Future? 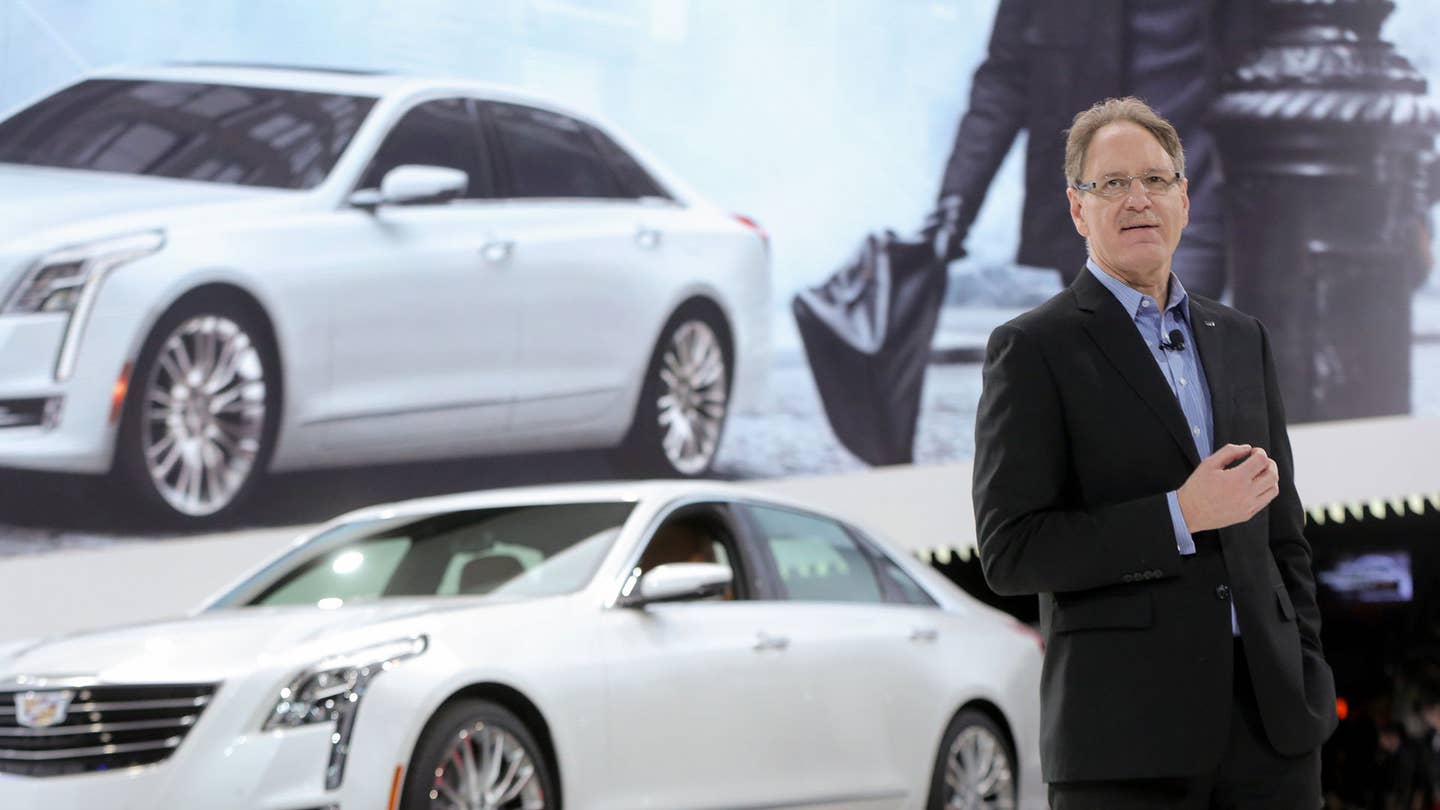 Cadillac president Johan de Nysschen is not the type to keep quiet when he has something to say. This is a man, after all, who’s been known repeatedly to, shall we say, vocally express himself on Facebook when he feels the automotive world is putting him down, attacking critics and mocking competitors.

So when automotive journalist and The Drive contributor Paul A. Eisenstein purportedly pulled back the curtain on Cadillac’s future plans in a story on The Detroit Bureau several days ago, de Nysschen himself took to the comments section to deliver a drawn-out rebuttal longer than most online news stories. (A Cadillac spokesperson confirmed to Autoblog that the president himself wrote the comment.)

The Cadillac head honcho’s reply was densely-packed with facts, but his remarks were also vague enough to warrant tugging at some of them here and there. So rather than parrot them back to you, we instead decided to dive into some of his quotes a bit and see if we could figure out some of the meaning behind them. Or at least have a little fun conjecturing.

“There will be a flagship, but given the segment development, it will not be a large four door sedan.”

This one sentence would be enough meat for a news story in and of itself. (Indeed, past rumors of such news have been standalone stories.) Cadillac has long been rumored to be working on an S-Class-fighting sedan that would sit above the CT6 at the top of the carmaker’s portfolio, but de Nysschen’s statement blows that clean out of the water.

So what, then, will Cadillac’s flagship be? A version of the long-rumored mid-engined Corvette would be sure to delight gearheads, but that might also steal some of that car’s thunder. A large coupe or convertible like the Elmiraj or Ciel concepts could be in the cards, using the CT6 platform...but considering the continued popularity of SUVs and the fact that it already occupies that spot, we also wouldn’t be shocked to see the Escalade push even further upmarket.

“We ARE planning a comprehensive enhancement to CT6 later during life cycle.”

If Cadillac isn’t planning on hauling out a new range-topping sedan, that means the CT6 winds up being the one to battle the big Benz and Bimmer four-doors of the world. Which means the carmaker needs to push the car’s features and quality even further upmarket. Also, that twin-turbo V8 mentioned previously is pretty much guaranteed to reach the big sedan.

“We ARE planning a large crossover beneath Escalade.”

Largely expected, but this provides a little more fuel to the idea that the Escalade could become Cadillac’s true flagship. A new full-sized crossover between the XT5 and the Esco could become the volume high-end model, leaving room for the Escalade to become a six-figure premium product—much the way Mercedes-Benz sells the unibody GLS-Class and the truck-like G-Class beside one another.

“GM top management and the GM Board of Directors, both groups, incidentally, having repeatedly expressed their support and endorsement of the Cadillac strategy.”

In a nutshell: Cadillac’s current game plan—moving the brand’s headquarters to New York, developing unique engines, and otherwise distancing itself from General Monolith—still has the blessing of The Powers That Be at GM, even in spite of oscillating sales trends.

“We ARE planning a major refresh for XTS.”

This likely raised a few eyebrows around the automotive world, but it makes sense. The XTS may not be sexy, new, or cool, but it does cater to a couple groups that have traditionally turned to Cadillac for their cars: old folks and livery companies. They may not be the sort of hip new buyer the brand is seeking, but their money’s just as green as all those urbanites sipping $12 beers in Tribeca. And since the platform already exists and is still being updated by GM for Impala and LaCrosse duty...why not keep it around?

“New powertrain applications for the above portfolio, which will include New Energy applications, are also part of the confirmed planning.”

Unique engines have been a part of de Nysschen’s plan for Cadillac for a while, starting with the 3.0-liter twin-turbo V6 that serves as the current range-topping motor for the CT6. A twin-turbo V8 will likely be coming shortly—while Eisenstein's sources suggest the project may be delayed, the Escala concept’s press release described its 4.2-liter eight-pot as “a prototype of a new system in development for future Cadillac models.”

“New energy applications,” then, presumably refers to electric and hybrid powertrains, unless Cadillac has secretly discovered a new form of energy. A plug-in hybrid form of the CT6 will be arriving for the 2017 model year; hybrid versions of the XT5 and other models would seem an obvious decision. On the EV front, a Cadillac based on a variation of the Chevy Bolt’s battery-powered chassis would seem an obvious way to amortize the costs of developing that bespoke electric car, although Eisenstein's original article quoted de Nysschen as saying a purely battery-powered car wouldn't arrive until "beyond 2020."

Now, we’re not one hundred percent sure how de Nysschen defines those two categories, but given he described the cancelled range-topper as the “Lux 5 flagship sedan,” that leads us to believe the CT6 one notch below it would be “Lux 4”...which would make “Lux 3” and “Lux 2” the current CTS and ATS, respectively.

Given Cadillac’s current nomenclature, we’re guessing the CTS will be renamed CT5, and the ATS sedan/coupe will be dubbed CT3/CT4, a la BMW. As the ATS—sorry, “Lux 2”—is the older model, we’re guessing it will be replaced first, probably somewhere around the year 2018; the CTS replacement would presumably follow a year or two later.

“I consider myself to be very well informed about the Cadillac business and planning.”

Basically, he likes being sarcastic.