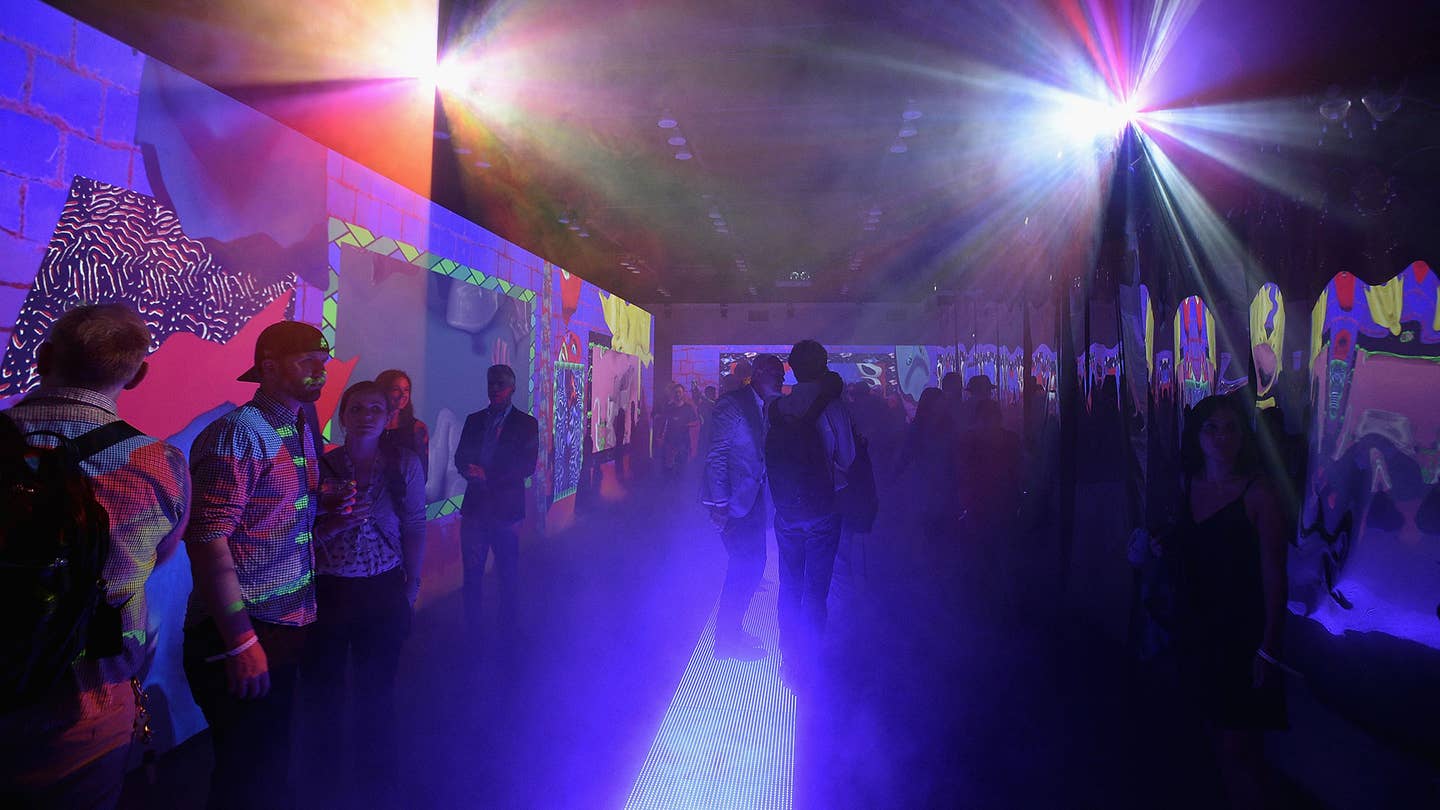 Uwe Ellinghaus, Cadillac's chief marketing officer, grinned at the throngs gathered outside his company’s new global headquarters. The evening sun was blinding, Champagne flutes were sweating, and hundreds of comely millennials were on the make. And so was Cadillac.

Two weeks ago, The Drive’s Brett Berk brought you an insider’s preview of Cadillac House: the big new tenant in Manhattan's SoHo neighborhood, a street-level showplace that will act as a revolving gallery, coffee lounge, and hang spot to learn about GM’s luxury car division. Cadillac House is no place for granddad and his Coupe de Ville. But not even Cadillac seems to know what its House is housing, yet.

The question, at least on this partygoer’s mind was, “Where’s Cadillac in all of this?”

Cars, as The Drive’s Alex Roy has surely told you, are curious things. They get you from A to B, but in doing so they become companions in the journey. Cadillac is building some of the most nimble and well-rounded machines on the road—a message that has been slow to reach would-be buyers. What’s missing, according to Ellinghaus, is seduction.

The CMO once worked at Mont Blanc. As any marketer of $1,000 pens knows, you don’t sell a pen; you sell the idea of a pen. Cadillac House is charged with selling the idea of Cadillac.

To that end, a pair of ATS-Vs and a special guest, a 1953 Le Mans concept—one of four ever built—were parked inside. The cars, however, were regarded by attendees as so much heavy furniture; one ATS-V attracted an empty cocktail glass. Affluent millennials, so easily seduced by wood-fired pizzas and Instagram-friendly art installations, don’t always bite the big bait.

Millennials, of course, have notoriously keen noses for marketing ploys, and when they catch a whiff, rejection is swift. They also zero in on hypocrisy (as long as it’s not their own). When they’re promised an idea of Cadillac, but are met with Chevy Malibus and Trax on the GM-family dealer lot, even a Lexus NX starts looking good.

Viewed up close, Cadillac House looks like a bulwark against unwanted image creep from the broader GM family. But the Cadillac leadership wants so desperately to shake the General that it’s perhaps pushing too hard in the opposite direction; Cadillac House stands for everything but the car.

It all puts me in mind of an event held a few years ago, about 20 blocks uptown. Swizz Beatz, the peripatetic hip-hop producer and Mr. Alicia Keys, was being heralded as the new “VP of creative design” at Lotus Cars. The chrome-red Evora GTE created to celebrate his appointment was there, too. Suspended above the party chatter were the fates of 1,000 workers in Hethel, England. It was enough to make you wonder when such willful brand extensions became so central to a carmaker’s business.

The same question stalked a corner in Soho last week, where V Series Cadillacs were just two-ton bricks to negotiate en route to the bar, where most of the action was, anyway.

As for that ’53 Le Mans? That one-of-four? Styled in 1953 by Harley Earl—the man who put his indelible, tail-finned stamp on mid-century American car design—the convertible evoked nothing so much as Damien Hirst’s great white shark suspended in formaldehyde: a once vigorous beast, now stone dead. A hunting trophy wreathed in chrome.

Will Cadillac break through in New York? One would hope, but if it doesn’t, it will sleep with the fishes.

This is Detroit’s best luxury car.